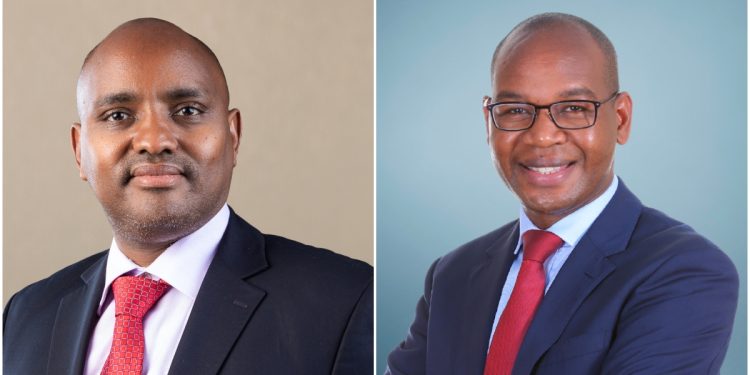 by Wanjiku Njugunah
in Banking, Industry and Trade
0
Share on FacebookShare on LinkedIn

Kenya Commercial Bank (KCB) Group has said it is committed to becoming the undisputed regional lender amid the exit of its long-serving CEO Joshua Oigara.

The group’s chairperson Andrew Kairu commended Oigara for his service to the Group since joining in 2011 and said he had led the Group through its fastest growth in a decade.

“He has left a solid legacy for the Group across Africa and beyond that is dotted by the transformation of millions of lives, enhanced financial inclusion across the region, digital banking innovations and has built a Group that is anchored on sustainable business practices,” the chair said.

The company also named Paul Russo as its new CEO, to head the Kenya-based lender that has seen tremendous success over the last decade.

Russo is currently the CEO of the National Bank of Kenya and KCB Group Regional Business Director.

Kairu said Russo is the right person to take over from Oigara who served the bank for nine and a half years.

“Paul Russo is the right person for the job and will take us to the next level in its growth ambitions to become the undisputed regional leader and drive much-needed business transformation for greater impact of economies and communities around us,” Kairu said.

“During his tenure at NBK, he has executed a significant turnaround, moving the previously loss-making business into profitability and on a trajectory for stronger growth into the future,” said the Group Chairman.

In the year ended December 2021, NBK has posted KSh 1.1 billion in profit after tax, representing a 431% increase from 2020, driven by increased income from loan interest and foreign exchange trading, coupled with lower loan loss provisions.

At the time, Russo attributed the strong financial results to the Bank’s deliberate focus on its strategic initiatives which are anchored on customer experience.

“Our strong performance was also supported by improving the macro-economic environment and improved quality of credit. We maintained a strong balance sheet growth as evidenced by an increase in customer deposits and a 21 per cent growth in customer loans and advances,” Russo said.

The performance was also helped by operating income which increased by 15% to KSh 10.2 billion. The low levels of credit provisions also resulted in an increase in profit before tax of 330%.

During the year, net interest income grew by 18% from the previous year to KSh 8.3 billion. This was contributed by interest income, which grew by 26% to KSh 12.2 billion due to increased volumes of loans and advances as well as improved level of recoveries.

In the last financial year, for instance, KCB Group Plc recorded a historic 74% rise in profit after tax, riding on an economic recovery across markets.

At the time, the company said its net profit grew to KSh 34.2 billion compared to KShs.19.6 billion a year earlier, on the back of increased income, cost management and lower credit provisions which saw the Group post higher returns to shareholders.

“We made significant progress in achieving our 2021 strategic targets which delivered a strong financial performance that was in line with gradual economic recovery across all markets. The third and fourth quarters were the turning point with a pick-up in lending activity even as the COVID-19 pandemic continued to impact on economic activity,” Oigara said.

“During the period, we deliberately focused on supporting customers to weather the healthcare storm. We expect good business momentum this year with a projected economic recovery across markets,” he added.

Under his leadership, KCB also increased its focus on micro, small and medium enterprises, which the CEO frequently termed as the backbone of the Kenyan economy.

“The challenge for the banking industry now is to design concessional loans for businesses, with much more favourable terms. Though in dire need of working capital to stay afloat, the normal terms may not be suitable for businesses,” he recently said.

He added that adequate financing is critical to not only help them weather these tough times but also to put them in good stead to recover and build back better.

“This is, for example, the inspiration behind KCB Bank’s new, discounted MSME loan that comes with the options of being either secured or unsecured.”