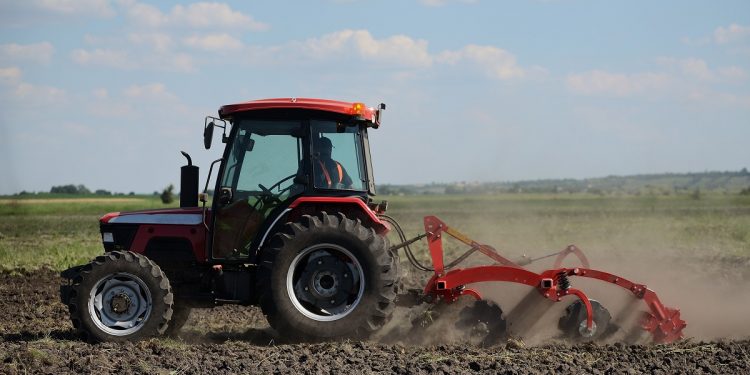 Preparing a field for planting using a tractor. Farming could revive the Zimbabwean economy.

The agricultural sector is among the most vulnerable on the continent

by Njenga Hakeenah
in Agribusiness, Business
0
Share on FacebookShare on LinkedIn

For the three decades he was president, the country had not witnessed an uprising over food in the scale as huge, and widespread until 2018 when the country erupted in violence over the price of bread.

So dire was the need for bread which was unavailable that people could go for days without bread. Not because they could not afford it but because it was simply not there.

This scenario sounds like a scene from a movie but it is the reality facing many African countries.

The lack of food is getting worse every passing year due to several factors including poor seeds and the ravaging effects of climate change and soil degradation. With the continent whose agriculture is majorly rain-fed, it can only get worse unless stringent measures are taken to arrest the food insecurity menace.

But there is hope.

The agricultural sector is among the most vulnerable on the continent yet it is important not only for food security issues but also for inter-regional food integration. With the implementation of the African Continental Free Trade Area (AfCFTA), agriculture becomes an even greater sector if the growing populations are to be fed and avoid occurrences like happened in Sudan.

The African Development Bank (AfDB) is providing financial and technical assistance to the sector, including small scale agribusinesses.

A few months after the first case of Covid-19 was announced in Africa, AfDB launched the Feed Africa Response to COVID-19 (FAREC) in June 2020. FAREC is a strategic roadmap to safeguard food security against the pandemic’s impact by supporting agriculture and creating regional food self-sufficiency.

AfDB’s Director of Macroeconomic Policy, Forecasting and Research, Hanan Morsy, says that agriculture is an area that needs particular support since it is an area of opportunity going forward to increase inter-regional integration and to increase resilience against external shocks.

For decades, African governments have failed to invest in the sector despite the Maputo Declaration requiring that they increase their annual national budgetary allocations for agriculture to at least 10 per cent and to ensure growth of the agricultural output of at least 6 per cent annually.

The Comprehensive Africa Agriculture Development Programme (CAADP) is a continent-wide framework for accelerating broad-based economic growth and progress toward poverty reduction and food security by investing in agriculture.

African Union (AU) heads of state and government officially adopted CAADP in the 2003 Maputo Declaration on Agriculture and Food Security with achieving a 6 per cent annual agricultural growth rate at the national level and allocating 10 per cent of national budgets to the agriculture sector as the two main targets.

A decade later, the AU heads of state and government reaffirmed their commitment to CAADP by adopting the Malabo Declaration on Accelerated Agricultural Growth and Transformation for Shared Prosperity and Improved Livelihoods.

Notably, the Malabo Declaration made seven broad commitments, including upholding the CAADP principles and values; enhancing investment in agriculture, ending hunger and halving poverty by 2025, boosting intra-African agricultural trade, enhancing resilience to climate variability, and strengthening mutual accountability for actions and results by conducting a Biennial Review (BR) of progress made in achieving the commitments.

While the theory is fantastic, many countries are still lethargic on implementing the CAADP principles and values.

Covid-19 has become a game-changer globally forcing economies to look inwards to find solutions for challenges they have encountered due to the pandemic.

Africa, which is a net importer has not been spared with many countries being forced to realign their priorities. While the continent has kind of avoided a serious crippling by the pandemic, it nonetheless has felt its sting with economic growth dragging into negative territory.

FAREC is part of the AfDB’s broader Covid-19 response efforts where the bank has earmarked up to US$10bn to cushion African economies from the health, social and economic impacts of the pandemic. It is meant to build on lessons learned from previous food security crises in Africa, notably the 2008 food crisis with an aim to build resilience, sustainability and self-sufficiency in food production and distribution and minimize Covid-19-related disruptions to the agriculture value chain.

AfDB President, Akinwumi Adesina, is a firm believer in agriculture being the ticket that gets Africans out of poverty.

He says that agriculture is the most important profession and business in the world and that the size of food and agriculture in Africa will rise to US$1 trillion by 2030. The population of Africa is projected to double to 2.5 billion by 2050 and with all these mouths to feed, only food and agribusiness can achieve this.

In a 2017 interview with Spore, a CTA publication, Adesina said that Africa should be a global powerhouse in food and agriculture because 65 per cent of the cultivatable arable land left in the world is in Africa.

He said that they wanted to turn that into real wealth to help Africa benefit.

But for that to happen, he said, agriculture should be made cool. To this end, AfDB launched the ENABLE youth initiative – to initially help young graduates get into agriculture as a business and create a new young dynamic in the agriculture and agribusiness sector in Africa to replace the rapidly ageing population.

He added, that the bank was committed to investing roughly €12.75 billion in these projects over 10 years until 2027 with the goal of helping start up at least 300,000 agribusinesses through this effort and create about 1.5 million jobs.

To achieve stabilisation after the pandemic’s disruption, the bank will work through the targeted provision of agricultural inputs including fertilizer, improved seeds and agrochemicals to promote localized food production through smart input subsidies targeting farmers.

Interventions by the bank will also support the processing of highly nutritious food and staple products that can be stored for longer periods to reduce post-harvest losses.

It is important to boost food production in Africa since the continent’s food imports have grown exponentially putting the continent at risk of food starvation.

UNCTAD notes that from 2016 to 2018, Africa imported about 85 per cent of its food from outside the continent, leading to an annual food import bill of US$35 billion. This bill is forecast to reach US$110 billion by 2025.

This heavy reliance on world markets is detrimental to food security, especially at a time of acute crisis.

Thus, African leaders should rise up to the occasion to ensure that the continent is not at the mercy of other continents when it comes to feeding its growing population.

Investing in Africa: There is more than just FDI