Across the region, agriculture has been a crucial economic activity that has to levitate communities’ economies and promote some major changes, in farmer’s lives. 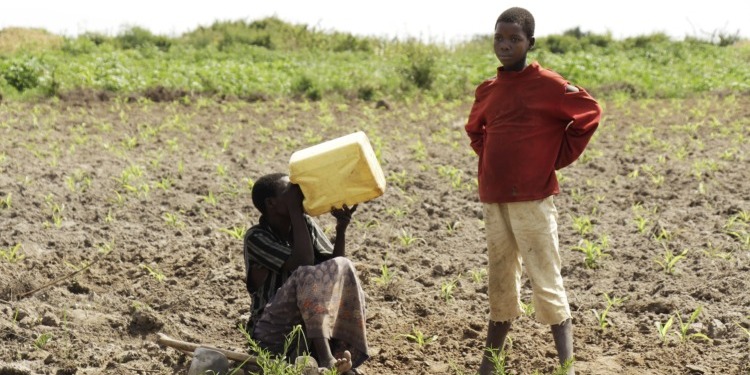 Agriculture in Africa is not only one of the most dependable economic activities for most of the population, but is part of the African culture, so to say.

Across the region, agriculture has been a crucial economic activity that has to levitate communities’ economies and promote some major changes, in farmer’s lives.

Farming has changed significantly over the past decade. This change has not occurred or is being adopted evenly across the globe. Europe, North, South America, and Asia have been developing and utilizing agriculture mechanization quite fast.

However, the latter has not been active in sub-Saharan Africa for a while. For the record, farming practices present during the 1960s when most of Africa, was liberating itself from colonial hands, are largely being divorced currently.

It is important to understand different dynamics related to the mechanization of African farms, and possibly what has to be done, to achieve the best output from farmlands—as Africa holds vast potential to be a bread-basket for most countries across the world.

Farming and mechanization in Africa

Going down the history lane, different literature and findings have argued for the fact that, African farm systems are least mechanized across the glove, which means agricultural labour productivity—a major determinant of farmers incomes and subsequently food and nutrition security—has remained at the same rate over the years.

According to Future Directions—a research institutes 2019 publication, “The lack of modern tools is one of the main impediments to increased agricultural productivity in Africa and is one of the reasons that it has been a net importer of food since the 1970s. The scarcity of machinery across the food production system, from field preparation to sowing, harvest, post-harvest storage, processing, transport and retail, makes Sub-Saharan Africa’s food security considerably more vulnerable than that of the rest of the world. While some African governments have attempted to raise agricultural productivity by increasing access to fertilisers and improved seeds, with variable success, agricultural mechanisation has received less attention” the publication argued.

Further, the research organization noted by estimate that tractors are only used on ten per cent of the land currently cultivated in Sub-Saharan Africa, compared to 20 per cent in East Asia, 35 per cent in South Asia, 50 per cent in Latin America and the Caribbean, and 60 per cent in the Middle East and North Africa. The slow uptake of agricultural machinery in Sub-Saharan Africa is one of the reasons for its slow progress in improving food security (Future Directions).

Mechanization of the agriculture sector in Africa is essential especially at these times when the rest of the world has advanced further in all aspects of life. In terms of numbers, 70 per cent of Africa’s food is produced by women growing different foods on smallholder farms—their labour is physical.

Further on this note, as Africa’s population grows and it’s expected to grow hugely by 2050, this calls for modern forms of farming technology in Africa, not only to feed millions but cater for the rest of the world, in demand of Kenya’s tea, Tanzania’s cashew and Ghana’s cocoa.

These numbers all point to the necessity of mechanization in the region, which spends at least $35 billion annually on food imports (AfDB), and if this number won’t be challenged it could surge to $110 billion by 2050.

Arguably, the role of mechanization of farming systems is yet the most pertinent item on Africa’s to-do list. With, clear cut strategies, plans and policies which are tailored for each region, mechanization will be key in handling various challenges facing the agriculture sector.

This can be from spiralling food import costs to vast rural unemployment. With the use of public-private partnerships to develop local machinery industries, the region can rest assured that affordable and appropriate technology is used (UN).

While, tax waivers and smart subsidies can incentives the private sector to invest in mechanization, which will also benefit the small-scale farmers who will eventually adapt and cope with the change over time and space.

READ: Agricultural value chains and feeding Africa of the future

What is happening in Africa?

Some efforts are being done in Africa regarding the mechanization of agriculture and some private sector initiatives are contributing their collective efforts, especially in Nigeria and Zambia to mention a few.

In Nigeria Coscharis an integrated rice processor in Nigeria with nearly 2,500 hectares of land for rice cultivation has a modernised approach to large-scale farming with the potential to improve rice yields and introduce innovations and efficiencies into the value chain.

“It currently achieves 1.3–1.7 times higher rice yields than the regional average. This is an important achievement in the Nigerian context – where low rice yields have been a persistent challenge, making it difficult for local rice farmers to compete with cheap imported rice,” according to CDC Group.

Also in Nigeria, Hello Tractor, which is a technology start-up, is a quickly expanding Uber-like programme that gives farmers temporary access to tractors on demand (UN).

Now, farmers can request a tractor via a text message to an agent, who aggregates requests. A tech platform pairs available tractors with jobs and then tracks each piece of equipment as it’s used.

While in Zambia, Rent to Own, is a non-governmental organisation founded in 2010, is now leasing farming equipment such as pumps, presses, tractors, shellers and bicycles to farmers.

“One of the advantages of mechanised agriculture is that it can potentially attract youth to farms and put a dent in Africa’s high youth unemployment, which accounts for about 60 per cent of total unemployed,” United Nations, African Renewal publication argued.

Africa is yet one of the most natural resources endowed continents on the planet. With the African Continental, Free Trade Area(AFCFTA) ratified and realized in the region, sustainable mechanization will help the continent, increase the quality of produce, release the burden of labour shortage, reduce poverty and improve food security.

READ:Germany to invest in agricultural mechanization in Africa