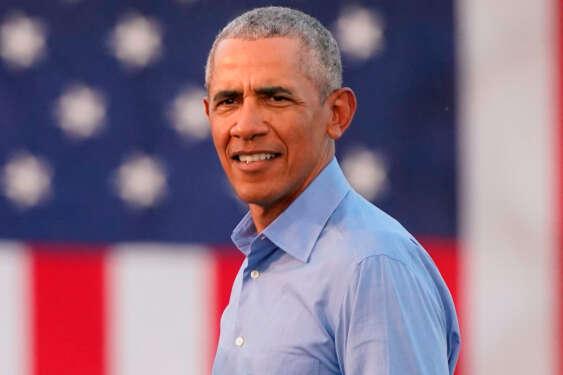 Former US President Barack Obama addresses Biden-Harris supporters during a drive-in rally in Philadelphia, Pennsylvania on October 21, 2020. - Former US president Barack Obama hit the campaign trail for Joe Biden today in a bid to drum up support for his former vice president among young Americans and Black voters in the final stretch of the White House race. (Photo by Alex Edelman / AFP) (Photo by ALEX EDELMAN/AFP via Getty Images)

In 2008, the name was added in the history books, Barack Hussein Obama, the first African American President.

In 2008, the name was added in the history books, Barack Hussein Obama, the first African American President. From an early age, few people could see his intense leadership skills and vision. However, some would say that it was his early life that helped shape his political career. Discover a few important facts about Barack Obama that focus on significant aspects of his life and career. Let’s unwrap the life of Barack Obama in this quick-to-read article.

Who is Barack Obama? 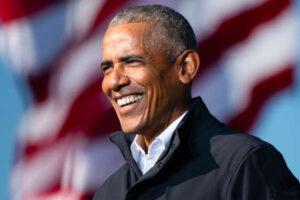 Barack Obama was the 44th president of the United States and the first great African American commander. A son of Kenyan and Kansas parents, Obama was born and raised in Hawaii. He has worked on two terms, in 2008 and 2012. He graduated from Columbia University and later on Harvard Law School. After serving in the Illinois State Senate, he was elected a member of the American Senator representing Illinois in 2004. Barack Obama and his wife Michelle Obama have two daughters named Sasha and Malia.

Barack Hussein Obama II was born on August 4, 1961, in Honolulu, Hawaii. Obama’s father, Barack Obama Sr., was born in the Nyanza province of Kenya. Obama Sr. grew up herding goats in Africa due to not-so-good family conditions, he was studious and eventually received a scholarship that allowed him to leave Kenya and follow his dreams of going to college in Hawaii.

During his studies at the University of Hawaii in Manoa, Obama Sr. met another student Ann Dunham. On February 2, 1961, they were married, and Barack II was born six months later.

At a young age, Obama had no relationship with his father. When her son was an infant, Obama Sr. moved from Massachusetts to Harvard University to study for a Ph.D. Obama’s parents officially divorced a few months later and finally divorced in March 1964, when their son was two years old. Shortly afterward, Obama Sr. again returned to Kenya.

Obama enrolled in the prestigious Punahou Academy while living with his grandparents, he was excellent at basketball and graduated with a degree in 1979. As one of only three Black students in the school, he faced and recognized racism and what it meant to be African American.

Obama later described in his words, how he struggled to reconcile the social views of his racial heritage with his self-awareness.

After graduating from Columbia University, Obama worked in the business sector for two years. He moved to Chicago in 1985, where he worked in the poor South Side as a promoter of low-income residents in the communities of Roseland and Altgeld Gardens.

It was the time when Obama said he was “not raised in a religious household,” joined Trinity United Church of Christ. He also visited relatives in Kenya, and emotionally visited the graves of his father, who died in a car accident in November 1982, along with his paternal grandfather.

Obama entered Harvard Law School in 1988 after returning to Kenya.

In 1989, Obama joined a Chicago law firm as an associate, where he met his future wife Michelle. In February 1990, he was elected as the first African American editor of the Harvard Law Review.

In 1995 Obama published his autobiography, Dreams from My Father: A Story of Race and Legacy. His work received high praise from some great writers such as Toni Morrison. It has since been published in more than 25 languages, including Swedish, Chinese, and Hebrew. The book was published for the second time in 2004 and was translated into a children’s version also.

Second Book: ‘The Stronghold of Hope’

In October 2006 Obama’s second book, The Audacity of Hope: Thoughts on Reclaiming the American Dream, was published. The work addressed Obama’s views on the future of the United States, many of which became venues for his final presidential campaign. Shortly after its release, the book makes its mark on Amazon’s best-selling list.

In February 2007, Obama made headlines when he announced his candidacy for the 2008 Democratic Alliance presidential election. There was a tough competition between Obama and the former first lady and New York then-senator Hillary Rodham Clinton. On June 3, 2008, Obama became a Democratic Party candidate after winning a sufficient number of delegates during the contest, and Clinton fully supported Obama during his campaign.

The first 100 days and the major works

During his first 100 days in office, Obama called on Congress to increase child health insurance and provide legal protection for women seeking equal pay. A $ 787 billion bill has been passed to promote temporary economic growth. Housing and credit markets were put into health support, through a market-based program to buy toxic assets from US banks. Loans were given to the automotive industry, and new Wall Street laws have been proposed.

Obama has cut taxes for working families, small businesses, and first-time home buyers. He also lifted the ban on embryonic stem cell research and went ahead with a budget plan of $ 3.5 trillion.

Life After the Presidency

After leaving the White House, the Obama family moved to a house in the Kalorama area of ​​Washington, D.C., to allow their young daughter Sasha to continue her schooling there.

Barack Obama’s value has skyrocketed since January 2017. The Obama family has numerous sources of revenue, including a production deal with Netflix worth about $ 50 million, in addition to paid talks and government pensions.

Michelle Obama’s memoir “Becoming,” in which she received a reported $ 65 million, was sold out in 2018. It is estimated that the 44th presidential varied from $ 40 million to $ 135 million. The Obama family reportedly bought a nearly 7,000 square house, a $ 12 million home in Martin’s Vineyard in December 2019.