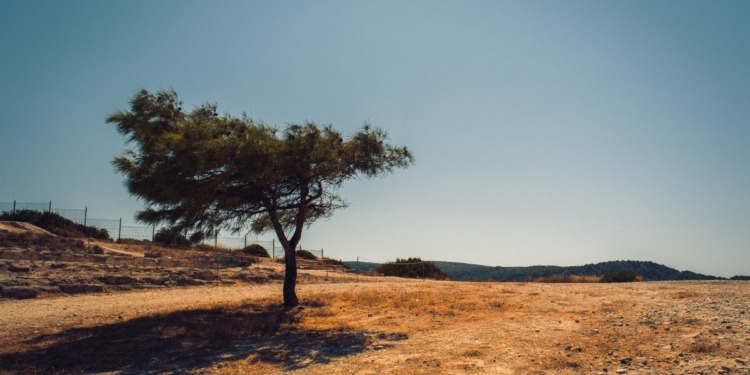 Over $138 million in urgent funding is needed to assist 1.5 million vulnerable people in rural communities in the Horn of Africa whose fields and pastures have been hard hit by an extended drought Photo: Unsplach

US$138 million needed for Horn of Africa drought-affected citizens

In a region reeling from locust invasions and COVID-19, a third-consecutive year of poor rains poses a major threat to food security.

The Food and Agriculture Organization of the United Nations (FAO drought in the horn of Africa) estimates that over $138 million in urgent funding is needed to assist 1.5 million vulnerable people in rural communities in the Horn of Africa whose fields and pastures have been hard hit by an extended drought.

FAO made the announcement while it released a comprehensive response plan calling for a range of support for agriculture in the region.

The organization revealed that the region, which is already prone to food insecurity associated with weather extremes, natural resource limitations, and conflict, the COVID-19 pandemic, and the 2020-21 locust invasion, has stretched the coping capacities of rural communities to the limit, undermining agricultural productivity.

Now the third season of drought driven by La Niña is raising concerns that a large-scale hunger crisis could break out if the region’s food-producing rural communities do not receive adequate help timed to the necessities of upcoming agricultural seasons.

In Ethiopia, Kenya and Somalia, the worst affected countries, projections show that some 25.3 million people will face high acute food insecurity by mid-2022 – if that scenario should materialise, it would place the Horn of Africa among the world’s largest-scale food crises.

The criticality of supporting rural livelihoods

FAO’s Horn of Africa Drought Response Plan calls for over $138 million to help rural communities withstand this latest threat – with $130 million of that total urgently needed by the end of February to provide time-critical help to highly-vulnerable, agriculture-reliant communities in the three most affected countries.

“We know from experience that supporting agriculture at moments like this is hugely impactful – that when we act fast and at the right moment to get water, seeds, animal feed, veterinary care, and much needed cash to at-risk rural families, then hunger catastrophes can be averted,” said FAO’s Director of Emergencies and Resilience, Rein Paulsen.

“Well, the right moment is now. We urgently need to support pastoralists and farms in the Horn, immediately, because the cycle of the seasons waits for no one,” he added.

In 2011, a severe drought contributed to a famine outbreak in Somalia that saw 260 000 people perish from starvation – most of them before an official famine declaration was made.

In 2017, however, potential drought-associated famines in four countries in the Greater Horn of Africa region were averted thanks to a concerted international push to act early, and that prioritised helping rural communities cope with stresses before they spiralled into food crises.

The clock is already ticking, Paulsen warned. The lean season that has just started is marked by limited grazing opportunities for pastoralist families, and their livestock will need nutritional and veterinary support. Crop-reliant families must have seeds and other supplies in hand to start strongly when the main Gu planting season begins, in March.

FAO’s drought response plan seeks to target support to 1.5 million of the most at-risk rural populations in Ethiopia, Kenya, and Somalia.

For pastoralist families, this would include providing animal feed and nutritional supplements and mobile veterinary health clinics to keep their livestock healthy and producing milk, transporting water to 10 000 litre collapsible water reservoirs set up in remote areas, and upgrading existing wells to run on solar power.

With crop-reliant families, FAO aims to distribute seeds of drought-tolerant early-maturing varieties of sorghum, maize, cowpea and protein-rich mung bean and nutrient-dense vegetables, and arrange for pre-planting land-ploughing services and access to irrigation and training on good agricultural practices.

Cash for work programmes would allow able-bodied households to earn extra income by helping rehabilitate agricultural infrastructure, like irrigation canals or boreholes. Families not able to work for health or other reasons would receive unconditional infusions of cash. Providing rural families with extra disposable income gives them the means to buy food at the market while they wait for their harvests to come in.

By allowing people to stay home and productive and preserve their livelihoods, while increasing their resilience, FAO’s intervention would lay the groundwork for longer-term stability and food security.

“For years we have seen the same cycles of vulnerability and stresses undermining agricultural productivity in the rural communities of the Horn of Africa,” Chimimba David Phiri, FAO’s Subregional Coordinator for Eastern Africa (SFE) said.

“It is time to invest more in addressing the drivers of hunger, and build people’s capacity to keep producing even when hit by shocks like drought, so that inevitable shocks do not inevitably descend into humanitarian crises,” said Chimimba.

Tags: drought in horn of africaFeaturedFood and Agricultural Organisation (FAO)