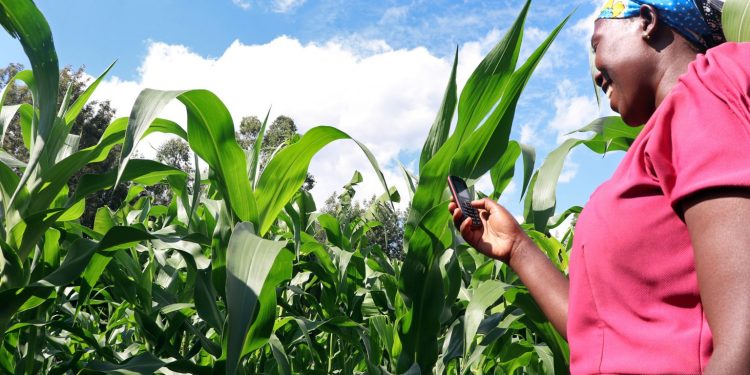 Like crop failure, the risk is significantly higher in many low- and middle-income countries, particularly in Asia and Africa, a report has revealed.

by Kawira Mutisya
in East Africa, Kenya
0
Share on FacebookShare on LinkedIn

A recent report by Save the children has revealed that Kenyan children born over the past year will on average face 4.6 times more drought during their lives than their grandparents.

According to the research, the risk is significantly higher in many low- and middle-income countries, particularly in Asia and Africa. Compared to 60-year-olds, newborns in Afghanistan will confront 5.3 times more drought in their lifetimes.

“In Tanzania and Kenya, children will face 2.8 and 4.6 times the exposure to drought, respectively,” it read in part.

The organisation also noted that the children will be the most affected because they are at a greater risk of battling waterborne diseases, hunger and death due to drought and floods.
“Some children might even be hit by several disasters simultaneously or in quick successions such as drought, floods and fires,” it added.

According to an analysis by the International Federation of Red Cross and Red Cresent Societies, the food security situation has been on a worsening trend in the Arid and Semi-Arid (ASAL) counties in Kenya, attributed mainly to the poor performance of the October-November-December 2020 short rains and the March-AprilMay 2021 long rains.

“Both seasons were characterized by late onsets, below-average cumulative quantities, and poor distribution both in time and space. This has resulted in worsening drought conditions manifested in poor vegetation conditions, increased distances to water sites in 78% of ASAL counties, worsening livestock body conditions
and reduced milk production in 9% and 61% ASAL counties respectively (NDMA Bulletins, May 2021).
According to the National Drought Management Authority (NDMA) drought bulletin for July 2021, twelve counties of Marsabit, Mandera, Garissa, Wajir, Kilifi, Tana River, Lamu, Samburu, Kitui, Lamu, Isiolo and Laikipia are in the alert drought phase.

According to the alert, most areas that have started experiencing food insecurity are in the ASAL areas in Kenya, where communities practice mainly agro-pastoralism and pastoralism and thus depend mainly on meat and milk for nutrition and income.

“The food insecurity situation in some counties has been compounded by sporadic cases of conflicts, particularly in Baringo county where a conflict and an ongoing security operation has disrupted community livelihoods. Other counties where conflicts have been reported include Marsabit, and Isiolo counties. The conflicts have resulted in the displacement of communities as well as the loss of lives and livelihoods. Disruption of markets has also been noted further limiting communities’ access to income and food,” it read in part.

The Kenyan government is putting efforts into digitizing food systems to boost productivity as well as reduce the risk of hunger.

“The transformation of smallholder farming to improve efficiency, productivity and assure quality controls enabled through digitisation can certainly support Kenya’s agricultural transformation strategy. It can transform the use of more than four million hectares of farmed land as well as the livelihoods of more than five million rural households. Nevertheless, to enable agricultural transformation through digitisation, a large amount of data must be collected and properly utilised.” said Microsoft Country Director Ms. Kendi Ntwiga adding that She added that the collection and use of data to inform decision-making can improve crop cycle timings, decrease uncertainties for investors, and lower the cost of identifying opportunities for improved efficiency.

According to Principal Secretary, Crop Development and Agriculture Research, Prof. Hamadi Iddi Boga there is robust data held in silos by various government and research institutions.

“Now more than ever, it is essential to consolidate, digitalize and centralize this data for the benefit of farmers and other key players. Having a centralized data centre will foster data sharing and provide a reliable single source of truth. Due to the fast-paced technology and interdisciplinary nature of the agriculture sector, universities and the Kenya School of Agriculture should relook at their curriculum and retool grdauates to have the technology skills and competencies requisite for the agriculture sector.” He said.

In 2021, UN Secretary General, Antonio Guterres, will convene a Food Systems Summit as part of the decade of action to deliver the SDGs by 2030. Innovation has been identified as a cross cutting lever of change for the Food Systems Summit. It will bring together public, private and social sector innovation partners in a commitment to make innovation a significant enabling factor for food systems transformation and the achievement of all 17 SDGs, both before and during the Summit.

According to a statement from the ministry of agriculture, the Government of Kenya’s Agriculture Coordination and Digitisation Strategy seeks to address three key challenges: First, catalyzing the research and innovation space in agriculture, including around the use of big data and advanced analytics (AA). Second, enabling more reliable access to usable and shareable data. And finally, demanding quality analyses to support evidence-based decisions on performance management, M&E, research, and policy. The Agriculture Sector Transformation and Growth Strategy (ASTGS) 2019-2029 commits to ensuring that agriculture data is available, usable, timely, and interoperable. It recognizes the importance of having both traditional data such as censuses and surveys in addition to other innovative data sources.