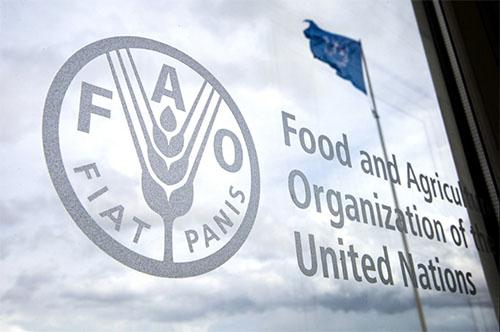 by Wanjiku Njugunah
in Agribusiness, Health, Kenya
0
Share on FacebookShare on LinkedIn

Kenya’s Ministry of Devolution together with the Food and Agriculture Organization say the country requires at least US$87 million to ensure food security in all the 23 Arid and Semi-Arid Lands Counties, between August and December 2021.

In a statement, FAO says several interventions need to be done, at a time when the East African nation has been facing a myriad of challenges in the recent past including two desert locust invasions, the COVID-19 pandemic and poor rains that have resulted in food scarcity.

If sourced, the funding will be used for several interventions and cover various areas, among them provision of feed and supplements and livestock off-take and animal health services.

Additionally, FAO plans to provide drought-resistant seeds to farmers in the counties, as well as milling of staple commodities.

Other interventions include water trucking, rehabilitation and maintenance of water facilities, fuel subsidies for motorized boreholes and water storage tanks.

Out of the total 87 million USD, FAO says it is seeking 21 Million USD as contribution towards these mitigation interventions.

The plea for funding was made during a resource mobilization meeting to mitigate effects of drought in 23 ASAL counties in the country, on the back of the challenges that include the coronavirus pandemic as well as desert locusts.

FAO says the combination of negative phenomena has greatly affected the ASALs counties which were already dealing with multiple threats to their food security.

“These Counties are facing a precarious food insecurity situation which can easily escalate if immediate action is not taken. It is estimated that two million people are already in either the crisis or emergency drought phases,” the organization said in a statement.

“The ASAL communities have been worst hit by the current drought situation because livestock is their bank from which they withdraw cash when they sell them. The Livestock markets are the super market for ASAL households’ needs,” they add.

The Government of Kenya through the Ministry of Devolution and ASALs and National Drought Management Authority (NDMA) in collaboration with FAO have strengthened early warnings and drought preparedness of these communities.

To mitigate this FAO signed an Anticipatory Action and Response Plan for Pastoral and Agropastoral Communities in Kenya in July this year.

Through this the Kenyan Government and FAO committed to mobilize resources towards implementation of the anticipatory interventions and long-term resilient building plan. This plan covers a total of 23 ASAL counties.

How things have been

The year 2020 was marked by below average rains.

According to FAO, by February 2020, 1.4 Million people in the ASAL Counties were already experiencing acute food insecurity.

The long rains in March-May 2021 were also inadequate coupled with a late onset of the entire season. As at June 2021, 12 of the 23 ASAL counties were facing severe drought.

The second group are counties which are facing moderate risk of severe drought but still require moderate to high cost of intervention.

They include Baringo, Kajiado, Kwale, Laikipia, Lamu, Makueni, Meru, Taita Taveta, Tharaka Nithi, and West. The third group include counties of Embu, Narok, and Nyeri which are facing a low risk of severe drought.

Tags: Agriculture in KenyaFAOFeaturedKenyaMinistry of Devolution