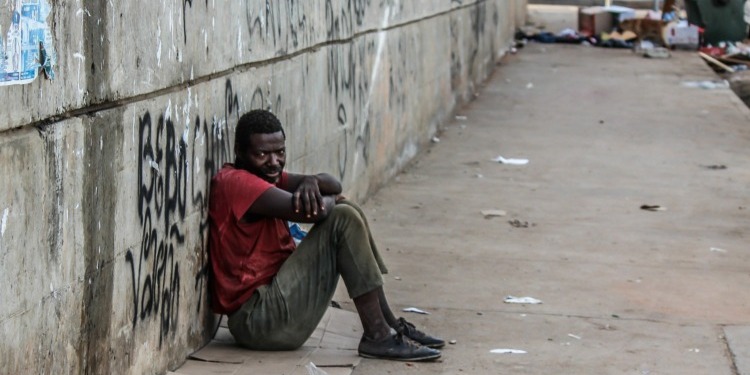 According to Oxfam, there are more than twenty-one hundred billionaires across the world who own more than half of the world’s wealth.

If the world is unfair was a fact, then this statement would establish the truth without a doubt as, “there are more than twenty-one hundred billionaires across the world who own more than half of the world’s wealth” — Oxfam.

As the number of billionaires doubles over the last decade, Oxfam argues that the richest one per cent have piled up wealth twice as much as the world population. At this moment in history, inequality has worsened.

World Economic Forum (WEF) pins socio-economic inequality to be more than unequal distribution of income,  but views it from a large lens, arguing, “it is critical to take into consideration multidimensional factors such as social mobility, gender equality, livelihood infrastructure, technology access, the voice of civil society, privacy, social and environmental protections, progressive tax laws and labour rights when examining how societies perform on reducing inequality and serving public interest.”

With this reality on the table, it is important to take a close look at Africa—one of the fastest-growing economies across the world, with more than one billion people and a collective GDP of $2.6 trillion.

Africa comes next after the Middle East and Latin America as one of the world’s most unequal regions, with the top 10 per cent capturing half of the national income (World Inequality Database). Further, the database pointed out that in Africa, inequality levels are almost close to those in Latin America or the Middle East.

“Extreme inequality levels can be found among nations which historically experienced white settlers’ colonization and extreme forms of racial injustices (e.g. South Africa). The persistence of inequality in such countries is largely due to the lack of land ownership reforms, the absence of social security and progressive taxation systems,” World Inequality Database noted.

Oxfam argues that inequality has deep historical roots, traced from the colonial era, where power and control of valuable resources remained in the hands of the few.

“After the debt crises of the ‘80s and ‘90s, Africa was subjected to rapid market liberalization under structural adjustment programmes. Deregulation, public spending cuts, privatization, tax cuts for the rich and corporations, and a ‘race to the bottom on labour rights entrenched inequality further, and increased poverty and hunger in many countries,” according to a 2019 Oxfam publication.

It is of paramount importance to understand different workings of inequality, especially across the youngest continent on the face of the planet, as they dictate how communities strategize and execute their economic aspirations over space and time.

“The richest 0.0001 per cent own 40 per cent of the wealth of the entire continent,” states the Oxfam Tale of Two Continents report (2019). As Africans struggle to make ends meet, the region’s three richest billionaires have more wealth than the bottom 50 per cent of the population, which is equivalent to more than 650 million people (Oxfam, 2019).

This form of inequality (wealth inequality) is hindering the collective development of the region. Wealth inequality is vividly seen in Nigeria—Africa’s top economy and oil-rich country—but the benefits of the resources are unequally shared.

Despite Africa being the hotbed of new avenues of innovation and technology start-ups, robust infrastructure development and fresh entrants into the labour market, still—inequality pervades regional economies.

The coronavirus pandemic has enlarged the “African women and girls are most likely to be poor. Levels of gender inequality are among the highest in the world, combining with economic inequality to create a suffocating web of exclusion,” as the Oxfam report notes.

Debt is argued to be one of the causatives behind inequality in Africa. Unsustainable debt has already been noted across the region to be a hindrance, hurting the poor population of Africa.

“Reckless lending by European financial markets and Chinese banks, combined with reckless borrowing by several African governments, is already severely constricting spending on public services. In Uganda, debt repayments have reached historic highs, and the government has cut spending on education and health by 12 per cent,” the Oxfam report argued.

On the other hand, the report unearthed an interesting angle to expose inequality in Africa. There is an international system that “conspires” against Africa along the way to attaining development.

This occurs through global financial systems of falling aid, expensive debt and tax avoidance which limit the region of billions of dollars in lost revenue each year.

The report noted that almost 75 per cent of the wealth of African multi-millionaires and billionaires is stored offshore, farther from the region which costs the continent $14 billion each year in uncollected tax revenues as a result.

However, on the other side of the board, World Inequality Database (2020) pointed out that high levels of inequality is dominated in South Africa, wherein 2019 the income share of the top 10 per cent households is estimated at 65.1 per cent.

Contrary to that, Northern Africa exhibits relatively moderate levels of income inequality, standing at 43.9 per cent on average and ranges from 37 per cent in Algeria to 49 per cent in South Sudan.

However, Africa has not been idly standing over the lines of inequality: there are some significant efforts made across the continent. Governments have declared war against inequality, especially on public spending on free public services and social safety nets, efficient and progressive tax systems and decent work and wage policies.

South Africa as a top spender also has a good track record for investing in health, education and social protection, while Namibia has been commended by the notable economist Joseph Stiglitz for her efforts to battle economic inequality, which has been gradually declining since 1993 (Oxfam).

Lesotho—a lower-middle-income country, has depicted its unwavering commitment in handling inequality, spending “14 per cent of its national budget on education and 12 per cent on health, with a progressive tax structure and progressive policies on trade unions and women’s labour rights” according to Oxfam.

Another important aspect to consider is decent work and wages. The informal economy is responsible for nearly 80 per cent of jobs in Africa, but these individuals are poorly paid and not protected in most common aspects as workers.

Hence in countries such as Mali, Burkina Faso, Ivory Coast and the Gambia, younger workers are restricted from being in trade unions, while in Djibouti and South Sudan, there are no minimum wages.  The bright side is in the Central African Republic, Guinea-Bissau, São Tomé and Príncipe, Côte d’Ivoire, Namibia and the Seychelles who have all taken progressive steps and increased their minimum wages recently. South Africa introduced its minimum wage at the beginning of 2019 (Oxfam).

Inequality hurts Africa and mars any collective effort to lift the unprivileged from the bottomless pit of poverty. By attending to all forms of inequality, the current strides made across the continent will be more effective and potent in making sure at least most Africans enjoy their fair share of benefits over space and time.