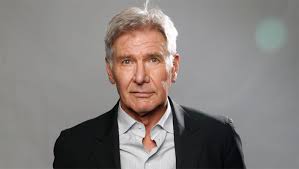 Harrison Ford is an American, pilot, producer and environmental activist born in 1942. Harrison Ford net worth is estimated to be $300 million.

Harrison Ford Net Worth And His Lifestyle In 2021

Here in this article, we will give a total record of the most famous character Harrison and furthermore about Harrison Ford NET WORTH.

Harrison Ford is an American, pilot, producer and environmental activist born in 1942.
Harrison Ford net worth is estimated to be $300 million. He rose to internal fame after playing the role of Han Solo in the original Star Wars trilogy. Playing the lead role in Indiana Jones film series further boosted his fame. He is known for taking dramatic roles and action films such as Blade Runner, The Fugitive, witness, Patriot Games and Clear and Present Danger among others. Among some of the movies that Harris has featured in, three of them are ranked in the top five box-office hits of all time.
As of 2019, the U.S. domestic box office grosses of his films total over $5.1 billion, with worldwide grosses surpassing $9.3 billion, ranking him at No. 4 on the list of highest-grossing domestic box office stars of all time

Harris ford was born in Chicago, studied philosophy at Ripon College in Wisconsin. he is the son to the former radio actress Dorothy (née Nidelman) and advertising executive and former actor John William “Christopher” Ford. to get over his shyness, he took a drama class in the final quarter of his senior year where he became fascinated with acting.

In his early career, Ford travelled to Los Angeles to audition for a radio voice-over a job which he didn’t get but later on, he got accepted into a new talent program at Columbia Pictures, which paid $150 per week.
Between 1966 and 1973, Ford got tiny and uncredited roles in films which made him frustrated with his career and made him decide to venture carpentry to supplement his income to support his then-wife and two young sons.

In 1973, director George Lucas gave him his first important role when he starred in American Graffiti.
In the early 2000s, he starred in the latest sequel of Indiana Jones; the movie reached the top spot at the box office and in its opening weekend, earned 786 million worldwide.
Ford is going to star in the upcoming sequel of Indiana Jones 5, which will be on the big movie screen in 2020.
Star Wars Earnings: Harrison earned $100,000 for the 1980 sequel, The Empire Strikes Back, and $500,000 from 1983’s The Return of the Jedi.

From 1964 to 1979, Ford was married to Mary Marquardt, they had two sons together. Harrison married E.T. screenwriter Melissa Mathison in 1983, they also had two children together. They divorced in 2004, where Ford paid Mathison a $90-100 million divorce settlement. It is one of the most expensive celebrity divorces of all time.
In 2010, Ford married actress Calista Flockhart, they are parents to her adopted son Liam.

Ford owns 10 planes and a helicopter. His most impressive plane is a 2009 Cessna 680 which cost $18 million brand new.

He is an Academy Award nominee, a four-time Golden Globe nominee, a two-time Saturn Award winner and the recipient of the AFI Life Achievement Award and the Cecil B. DeMille Award.

He also he received the Jules Verne Award which is given to an actor who has “encouraged the spirit of adventure and imagination” throughout their career.

German Pharmacies Will Start to Get a Big Infusion of Vaccines