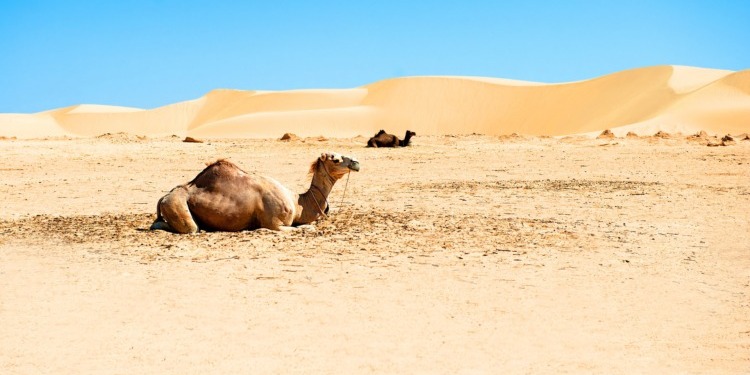 Tourism is one of smokeless industries generating billions for the African region: Photo by Pixabay: Exchange

Youth aged 15-24 (94.9 per cent) are informally employed, with little or no education, are rural-based and mainly engaged in subsistence agriculture(ILO,2018)

Africa is great and can be greater if its potential is harnessed strategically. This comes in many forms including placing enough recipes for Africa’s youngest working-age population to exploit different sectors of the economy.

Numbers paint a rather interesting picture.  Between the year 2015 and 2035, the region’s working-age population will grow by approximately 450 million people, which is about 3 per cent per annum.

Meanwhile, the African Development Bank (AfDB) one of Africa’s vibrant development financiers noted that “youth are Africa’s greatest asset” and could support increased productivity and stronger, more inclusive economic growth across the continent.

Meanwhile, the International Labor Organization (ILO) pointed out clearly that unemployment rates have remained acute; the most unfortunate situation is that in sub-Saharan Africa, out of the 38.1 per cent of the estimated total working poor, 23.5 per cent is made up of young people.

ILO’s Global Employment Trends for Youth 2020 in Africa has clearly shown how African youth faces numerous challenges arguing that, “just over one in five youth were not in employment, education or training” a progressing trend since 2012.

While AfDB show that more than 263 million young people will lack an economic stake in the system by 2025, 10 to 12 million youth enter the labour market annually vying for the only 3.1 million jobs that are created

All the above numbers lead to one question: how can Africa utilize its available resources to cater for jobs for its growing younger population?

Different entities across the region and the globe have analyzed and presented their ideas, including showing how agriculture and ICT could be transformative and that these sectors can soak up many young people and milk substantial profits later.

With staggering poverty rates across the continent and slim chances of acquiring decent jobs, most African youth end up working poor jobs mostly in the informal economy.

A recent study by the ILO (2018) shows that an overwhelming majority of youth aged 15-24 (94.9 per cent) are informally employed, with little or no education, are rural-based and mainly engaged in subsistence agriculture.

Numbers depict the situation in Africa to be interesting and demanding immediate solution. According to information from Brookings, in Africa three-quarters of new entrants to the labour market will be self-employed or work in microenterprises.

Also, numbers point out that 20 per cent of the working population will be employed for wages in the service sector and only 4 to 5 per cent might secure a wage-paying job in the industry.

Africa is growing fast and is becoming more urbanized than before, which means as years go by with the same unemployment dynamics the region could suffer a socio-economic and political catastrophe that could cripple social cohesion, increase poverty and limit labour mobility.

On the other hand, the African manufacturing industry could be a game-changer, if properly harnessed, according to Brookings.  Bringing in industries across Africa is a strategic move that the region has left which provides viable results over time and here is why.

Unlike other parts of the world such as East Asia where the manufacturing sector built economies, drove growth, created jobs and reduced poverty, industries in Africa have been dormant.

Moreover, factors such as highly productive, relatively low wage competitor, and weaknesses of African economies to support the growth of global value chains across the manufacturing landscape, were responsible for failing Africa’s industrialization.

However, a 2019 Brookings report on solving the unemployment crisis, “How industries without smokestacks can address Africa’s youth unemployment crisis” expounded vividly on why the same forces that limited Africa’s opportunities in industry, are equally capable of creating a growing number of tradable services, such as “tourism and remote office that share many characteristics with manufacturing, especially the capacity to create better jobs.”

These smokeless industries have catered for many jobs in Tanzania, Kenya and South Africa across tourism landscapes, information and communication technology (ICT), and transport, outmatching the traditional manufacturing bases in most African countries.

READ:Tanzania: A bid for transparency in murky extractive industries

ICT has transformed Africa.  Since the beginning of the millennium different corners of the region have been digitally reached, with 60 per cent of mobile phone penetration, while e-commerce and digital services up-take has been gradual across the continent.

Tourism accounts for almost 3 per cent of sub-Saharan Africa’s GDP, while between the year 1998 and 2015 services exports grew more than six times faster than merchandise exports.

“Between 2002 and 2015 exports of tradable services and agri-business increased as a share of non-mineral exports by an average of 58 per cent. High-value agricultural exports account for an increasing share of Africa’s overall exports, and Ethiopia, Ghana, Senegal, and South Africa have succeeded in breaking into global value chains in horticulture. Horticultural exports from Senegal to Europe have grown rapidly, averaging 20 per cent per year. Kenya, Rwanda, Senegal, and South Africa have growing ICT-based services sectors, while transit trade is Tanzania’s second-largest foreign exchange earner,” the Brookings report argued.

Tourism is one of the profitable sectors of Tanzania’s economy, contributing about 17.2 per cent to the country’s gross domestic product and 25 per cent of all foreign exchange revenues. The sector, which provides direct employment to more than 600,000 people, generated approximately $2.4 billion in revenue in 2018, according to Anadolu Agency.

READ:Beyond the pandemic: How do we feed our cities and industries- An agricultural insight

While in Ethiopia, the travel and tourism sector contributes about 11.3 per cent of GDP and 9.8 per cent of employment (Brookings).

These “modern industries” have proven they can be quite essential in building economies, as they are highly competitive, resourceful and soak up huge numbers of labour to fuel growth.

Development of these industries is vital as Brookings argued that “policies designed to promote the growth of manufacturing—such as improving trade logistics, investing in infrastructure and skills, and promoting exports—apply equally to tradable services and agri-business. The key to solving the employment problem is to develop an effective strategy for structural change that spans industries with and without smokestacks.”

Africa has an abundance of natural capital that has a wealth of potential to be explored to revive the traditional industries, to complement its smokeless industries.

Fruit, vegetables and protein remain out of reach for most Africans: study