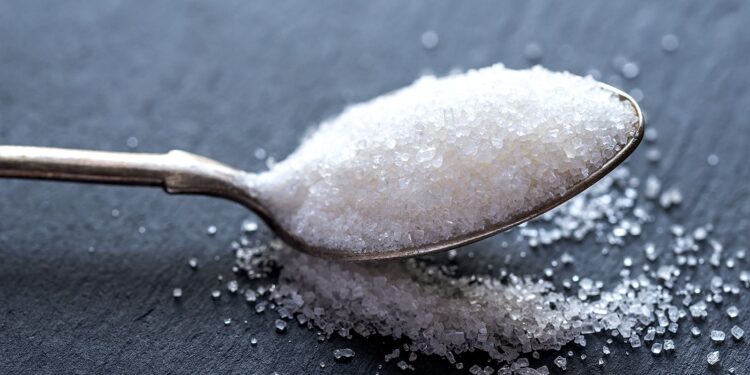 A close look at the bulk investment into a South African producer by a reclusive Mauritius-based investment company.

The sugar company in a state of flux

The transaction and rights offer issued by South African sugar producer Tongaat Hulett Limited, and the ensuing drama is the stuff Hollywood movie producers thrive on.

Oliver Stone the legendary movie producer of runaway success and Hollywood blockbuster Wall Street needs to carefully consider the developments in South Africa, especially at Tongaat. Our compatriots in the southernmost tip of our continent have a serious penchant for the dramatic…

The sugar company at the centre of this debacle has been in financial distress from as early as 2017. It was one of the central targets of the Viceroy reports that exposed companies with irregular accounting practices together with Steinhoff which has been a spectacular failure. Tongaat imploded because it was found that the company magically inflated the value of its assets and then borrowed against those inflated asset values.

The company would have been able to get away with this seemingly sinister act had the economy not slowed down and business activity subdued. To be clear, there is nothing wrong with a company borrowing money to fund its business activities.

In fact, in some very special instances, it is recommended that a company make good use of debt in its capital structure. For example, a company that wishes to reduce the amount of tax it pays can add more debt to its balance sheet. The interest that the company pays on its borrowings is tax-deductible and effectively what this means is that debt service expenses act as a tax shield for the company.

Shareholders will be thankful to management teams of companies who cleverly make use of debt to enhance the value of a company.

Adding debt of leverage to the capital structure of a company, also in the right instances can increase the return on equity and/or return on investment for shareholders. Chief executives of listed companies and their chief finance officers tend to wax lyrical about these metrics.

They do so for good reason because they are judged to either be doing a good job or poor job depending on whatever these numbers read. The better this metric looks the more likely a company executive can look forward to a fat bonus and pay package! In addition to being a tax shield for a company’s profits, debt can enhance the returns a company generates for its shareholders.

Take the following scenarios that take place under the exact same set of circumstances.

This translates to US$200,000.00 less the cost of borrowing at US$90,000.00 it leaves US$110,000.00. The shareholders of Company B have in a single year earned a return of more than 100 per cent of the equity they invested in the company. This wonder of modern finance is the best explanation for the stupendous fortunes of men like Stephen Schwarzman and Henry Kravis the chief executives of the Blackstone Group and KKR & Company leading private equity and leveraged buy-out companies.

This is a parsimonious example; however, it accurately demonstrates the power of leverage to optimize returns on equity for a company. This is what former chief executive of Tongaat, and architect of the company’s financial woes Peter Naude must have had in mind…the financial merits of the use of debt for his company. Unfortunately, two essential issues were overlooked in the pursuit of this financial strategy.

The first and perhaps the foremost is that in applying debt to the balance sheet of a company, the utmost care needs to be taken that prudence is taken in borrowing. The company as stated earlier was found to have inflated the value of its assets perhaps to make it a more compelling credit proposition for its bankers.

This development is especially disturbing and has called into question the conduct of the auditing industry and profession in South Africa because if the books were being thoroughly looked at by external auditors how was it possible for the said auditors to have missed the goings-on at Tongaat?

This is what claimed the scalp of Naude and cost him his job. The CEO’s office has had a revolving door since 2017; at one point the company appointed Zimbabwean executive Sydney Mtsambiwa who resigned barely weeks into the job.

The second issue that was overlooked is that fundamentally debt works wonders for a company’s finances if and only if there is no variability in the company’s revenues and income. Debt optimizes value only when there is a low degree of variability in the company’s revenues and its operations. Simply put, a company must only borrow money when it is sure of its sales revenues and income. If there is even the slightest disturbance in the revenues of a company that has significant debt on its balance sheet, then the prospect of financial distress becomes more and more real. As real as the trouble that Tongaat then found itself in. The company piled up as much as ZAR6 billion or about US$400 million on its balance sheet. And consistent with what normally happens with excessive debt, as soon as there are changes in the business environment then Tongaat began to struggle.

So bad were the company’s financial woes that last year it had to restructure and reschedule its debt repayment plans to avoid breaching them. The money for it to pay back its debt was just not there. Fin24, an online news outlet reported in April 2021 that the company had to adjust its debt reduction milestones to avoid default. The share price plunged in response to this and announcements by the company that its financial results would be impacted by higher production costs as it increased production of its refined sugar products. When the company made this announcement, it lost 20 per cent of its share value in a single day. The company has so far failed to manage the declining trajectory of its share price. Adding insult to the injury of having to go cap in hand to extend repayment deadlines the company also had to restate its 2017 and 2018 financial results.

In the last five years, the company has lost over 96 per cent of its market value. It was ripe for a shakeup.

Everything that could go wrong was going wrong at Tongaat. The company was caught in a debt trap that was spiralling out of control and its business was imploding.

It needed a white knight who turned out to be a not so unlikely saviour. His name – Hamish Wilburn Rudland. The man has more business interests than the average person can count. There is no definition of a businessman/entrepreneur of substance than the person of Hamish Rudland.

His interests span the entire cross-section of the Zimbabwean economy and have now crossed borders into the southern African region.

According to the website of one of the companies whose board he sits on—TEFCO Finance—Hamish Rudland was born in Zimbabwe and was educated at Falcon College in Esigodini. He attended Massey University in New Zealand between 1991 and 1994, reading for a Bachelor of Business Studies degree in Information Systems, Management and Tourism. He returned to Zimbabwe in October 1994 and established Pioneer Corporation Africa in 1995.

His other directorships include TSL Limited, ZIMRE Holdings Limited, Scanlink, Tredcor Zimbabwe, Dry Fly Trading t/a JCB Link and Umfurudzi Park. Through his Magister Investments vehicle-based in Mauritius Rudland underwrote the bulk of the rights issue of the company for ZAR4 billion leaving him with a 60 per cent stake in the sugar producer.

As part of the deal Rudland will have a board seat for every 20 per cent of the shares he owns.

Of course, that a Zimbabwean national would take-over a prized South African asset was never going to be palatable for the South African business and political establishment. So intense has been the drama around this transaction that it has been equated to capture of the company. Now the term “capture” in South Africa has been made famous by the investigations into the former president Jacob Zuma’s dealing with a disgraced Indian family’s business dealings.

The Guptas are said to have captured the state because of their disproportionate and undue influence on government matters. Other unfortunate epithets have been attached to the Rudland family for this business move. They have been branded barons and said to have links with organized crime and money laundering. The banks facilitating the finalization of the transaction have been excoriated for seemingly dropping the ball in terms of corporate governance.

What has been conveniently relegated to the back burner is the fact that the intervention by the Rudlands has preserved the livelihoods of 29,000 employees across not only South Africa but also Zimbabwe, Botswana, and Mozambique. The company is now better placed after the rights issue to get its balance sheet on a better footing in terms of paying down debt.

This development has enabled the company to focus on its turnaround strategy which it has been working on for the last two years. With a positive outlook such this and a disaster averted one cannot help but wonder what all the snafu around this corporate action is about.

The remaining question to be asked after all is said and done is whether South African sugar is truly being captured?