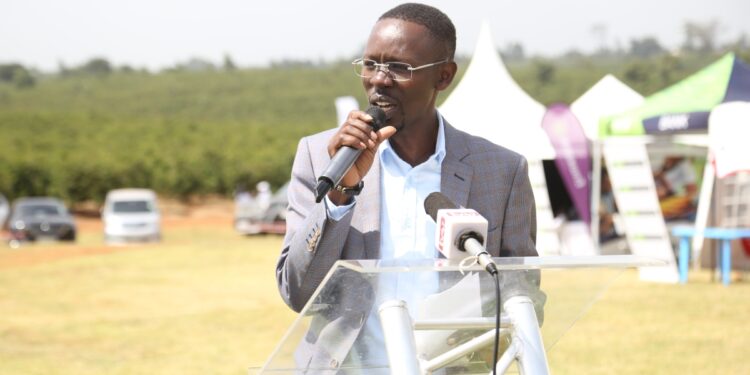 The project would see an extra 4,000 homes added into the real estate sector that continues to struggle to meet demand

Kenyan real estate companies Heri Homes and Finsco Africa have broken ground to begin the construction of US$176 million homes in Kiambu County.

Finsco Africa CEO John Mwaura said the project, dubbed Legacy ridges, would see an extra 4,000 homes added into the real estate sector that continues to struggle to meet demand. The project is on a 200-acre land in Ruiru, opposite Tatu City off the Thika Superhighway.

Of the houses, 2,800 would be two and three-bedroom apartments, while the rest will be maisonettes, including servant quarters.

According to the CEO, the three-bedroom maisonettes and bungalows would include a lounge, dining area and a kitchen. They would also have inbuilt wardrobes, a yard, a three-bedroom master ensuite and car parking.

The four-bedroom maisonettes include the same features, plus an additional bedroom.

Mwaura, who also doubles as the Legacy Ridges CEO, said the three-bedroom maisonettes are retailing at $74,818 while the introductory fee of the four-bedroom is $85,380.

The CEO said the companies were committed to delivering modern, two- and three-bedroom apartments that fit into the government’s affordable housing plan.

The apartments include a lounge, a kitchen, a balcony and ensuite bedrooms, and a car park.

The groundbreaking was for constructing the project’s first phase, which is already sold out.

Speaking on behalf of Heri Homes CEO Kimotho Kimani, marketing director Paul Mugo said they begin construction of the first 58 units right away and plan to roll out new units every six months.

“The fact that sold out is a sign that there is high demand for quality housing that is also affordable,” Mugo said.

Customers taking up the project will pay a 20% deposit and clear the rest within the construction period.

The partners said the money is reserved in an escrow account that ensures the safety of the funds.

The partners said they target every Kenyan, including low-income earners in Saccos.

“We have MOUs with some of the saving institutions, including Saccos and banks, which will give them loans to service for up to 25years. The monthly instalment is equal or less than their current house rent,” Mugo said.

In a related story, land prices in Nairobi have increased.

The Exchange Africa reported that land prices in Nairobi’s suburbs and towns maintained a mild upward growth in the fourth quarter of 2021.

Data collected by property experts HassConsult indicated that prices in the suburbs increased by 0.34 per cent over the quarter, while in the satellite towns, growth stood at 1.4 per cent.

The report indicated that the consistent increase in land price reflected the general economic recovery witnessed during the year.

HassConsult noted that the Kilimani suburb continued to cool as investors went slow because of uncertainty about whether the present infrastructure will support the new wave of developments the area is attracting, thus weakening its appeal.

Sakina Hassanali, Head of Development Consulting and Research at HassConsult, said that it was the exception for a residential building to have a lift a few years ago, but today it is the norm.

She added that the new developments are high-density units, including studio apartments, shifting from the spacious apartments and detached houses that characterised the suburb a decade ago.

“It is not clear if the present infrastructure will adequately cater for all stock coming through,” she said.

Spring Valley was the best performing suburb over the quarter and annually, with land prices recording a 5.6 per cent and 10 per cent respective increase.

Donholm had the lowest growth in land prices among the city’s suburbs, having recorded a 2.7 per cent drop in the last quarter of 2021.

In the towns, Kiserian posted the most robust growth over the quarter and annually, with asking prices increasing by 5.2 per cent and 19 per cent, respectively.