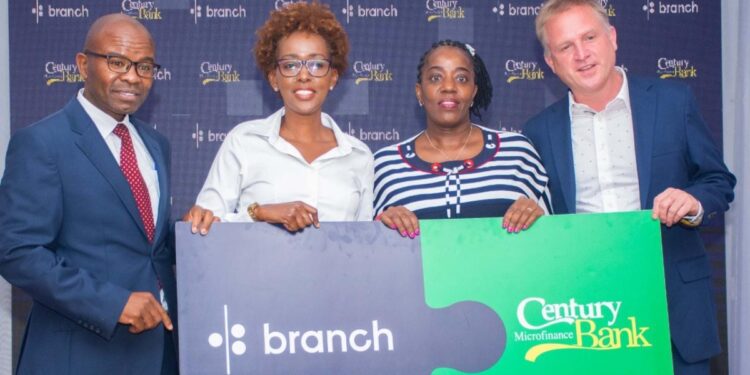 Kenyan-based Branch International has outlined plans to roll out a Pan-African digital bank with Kenya as the launch pad.

Best known for digital lending solutions and services in Kenya, Branch says it will spearhead the rollout of digital banking services across key markets in Africa once the local operation crystallises before the end of the year.

The company’s CEO Matt Flannery said the firm would invest heavily in the strategic venture.

Flannery confirmed that the firm had activated its continental rollout plans with Kenya providing a good learning experience.

With the recent acquisition of Century Microfinance Bank, Flannery said the company would soon be making a landmark transition as the first digital lender to expand into the microfinance banking market, allowing for deposit-taking financial services and enhanced lending for individuals and SME clients.

“The establishment of a true pan-African digital bank is long overdue, and at Branch International, we believe this will be a game-changer to deepen financial inclusivity while reaching the underserved markets,” Flannery said.

Century Microfinance Bank Chairman, Peterson Mwangi, said the bank had made strategic steps to support its evolution into a fully-fledged digital bank.

“In Branch International, we have found a suitable corporate partner who shares our commitment to being the first end-to-end digital microfinance bank for the benefit of our existing and potential clients,” Mwangi said.

It currently serves customers in Kenya, Tanzania, Nigeria and India, with offices in Nairobi, Lagos, Bangalore, Mumbai and Silicon Valley.

The company has been working to break the traditional financial access barriers such as a credit score and bank account by tapping into the rise of mobile technology to reach underserved populations in its operating markets.

Currently, Branch has managed to digitally disburse more than US$ 600million to a growing customer base of more than 4million customers.

In a related story, the Exchange Africa reported that most Kenyans turn to digital lending platforms first when looking for sources of credit to fund the growth of small businesses.

The State of Digital Lending in Kenya Report 2021 by consumer intelligence firm ReelAnalytics showed that most Kenyans would seek business growth loans from sources such as close family members in the absence of digital lending platforms.

However, the report found that borrowing within family circles is less convenient, as loan accessibility is usually unpredictable.

Respondents also state that family funding is also much less compared to sources like digital lenders.

“Majority (over 60percent) of customers are satisfied with the services of digital lenders and that there really are not strong formal or institutional alternatives to digital lenders,” said the report.

Forty per cent of Kenyans interviewed in the report said they would borrow from relatives as their prime alternative to digital lenders compared to just 10 per cent who would opt for banks and Saccos.

M-Shwari is the most popular among five key digital lending platforms, influenced by its connection to the leading mobile service provider in the country (Safaricom) at 40 per cent score followed by Tala (36 per cent), Fuliza (30 per cent) Branch (23 per cent) and KCB-Mpesa at 22 per cent.

Living off the land in Africa digitally