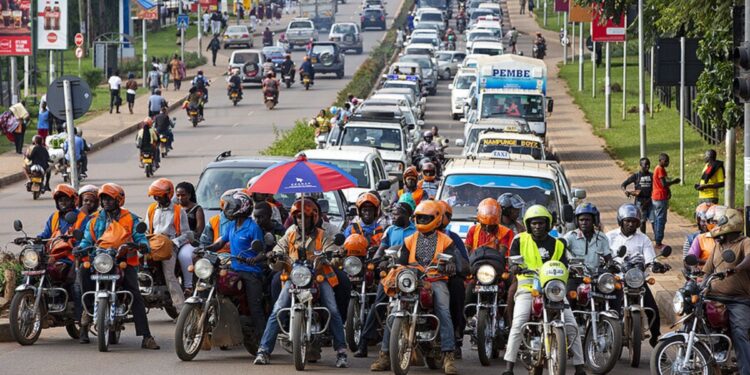 President Uhuru Kenyatta has ordered a countrywide security crackdown to weed out rogue boda boda operators from the sector following the recent assault of a female motorist along Wangari Maathai Road Nairobi County.

Describing the incident as disheartening, the President said that he had on Monday evening instructed the country’s security apparatus to clamp down on rogue boda boda cyclists and ensure perpetrators of the heinous act are brought to book.

“Yesterday, I did give instructions and ordered a crackdown on all boda boda operators, starting here in Nairobi and moving across the country,” the President said.

President Kenyatta, who spoke on International Women’s Day national celebrations, also ordered a new registration of all boda boda operators in the country as part of measures to restore order in the sector.

“We are going to re-register you (boda boda riders) all again, and we must make sure that we safeguard women. I have instructed the law enforcement officers to use instruments within the law to punish these perpetrators. There should never be a repeat of what we saw,” the President said.

At the same time, President Kenyatta cautioned politicians not to take advantage of the crackdown for political gain saying, the clampdown was aimed at riding the sector of criminal elements that had infiltrated the business.

“We are in the silly season of politics, and there are some out there who will go and start saying the Government is harassing small traders and business people. We want to help your business prosper, but you must also do your bit,” he said.

The President pointed out that his administration had invested heavily in the growth of the boda boda sector, cautioning that Government’s goodwill shouldn’t be misconstrued as a license to engage in lawlessness by the riders.

“There’s no Government that has done more to ensure young people join this business. A boda boda is not a license to strip a woman. There should never be a repeat of what happened on Friday. This is a blight on the whole Kenyan society.

The Head of State acknowledged the key role the boda boda sector plays, especially in promoting Kenya’s emerging digital economy, saying the business had produced very many success stories over the years.

“We have heard of many heroic stories of young men who have come to the rescue of people and women in distress,” the President said and urged boda boda sector stakeholders to support Government efforts to streamline the sector.

Using the example of how well Rwanda’s boda boda sector is managed, the President called on the riders to observe the highest standards of discipline at all times.

On the progress made by Kenya in the advancement of the gender agenda, President Kenyatta underscored the need to enhance women empowerment and entrench gender equality as part of ongoing efforts to combat climate change.

“All the evidence underscores the vital link between gender, social equity and climate change; and recognises that without gender equality, a sustainable future will remain out of reach,” he said.

The President, who outlined the various interventions his administration had implemented to advance the country’s gender agenda, said Kenya had established a strong platform for women to participate in climate sustainability.

“Actions we have taken to strengthen women empowerment improve their ownership of assets such as land and increase their control of financial resources, have consolidated the role of women as change-makers.

“We now need to harness that capacity by putting women and girls at the centre of climate change initiatives. This includes initiatives on climate financing, new technologies and training,” he said.

He paid tribute to women leaders who’ve championed gender equality over the years, terming them trailblazers who paved the way for Kenya’s progress in recent years.

“I thank the Department of Gender for organising visits to these women and encourage younger women to draw instructive lessons from these pacesetters.

“We, as a country, advance when we learn from the past and use the lessons as a springboard to build a better future,” President Kenyatta said, at the ceremony also attended by Rwanda’s First Lady Jeanette Kagame.

The President, who opened the the new Margaret Kenyatta Institute for Gender and Social Development at KSG, applauded the the Kenyan First Lady for championing the setting up of the institute, and expressed optimism that the research and training institution will assist in fastracking the country’s attainment of its gender goals.

“An urgent programme the institute could immediately take up is to provide leadership in helping Kenyan girls recover the education losses arising from the pandemic (Covid-19), support women regain livelihoods and develop strategies for putting women at the centre of a green and sustainable post Covid recovery agenda,” the President proposed.