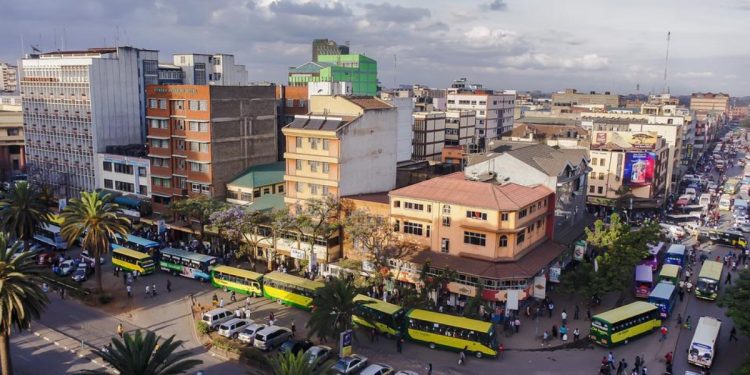 Kenya’s real estate sector grew by 6.1 per cent in the first quarter of 2022, representing a 0.6 per cent decline from the 6.7 per cent growth that was recorded in the corresponding quarter in 2021.

A finding by the Kenya National Bureau of Statistics (KNBS) revealed that the decline in performance was attributed to a slowdown in activities in the market, which resulted in a decline in transactions in the sector.

At the same time, the construction sector grew by 6.4 per cent in the quarter under review, marking a 0.4 per cent decline from the 6.8 per cent growth that was realised in the first quarter of 2021.

The decline in performance was mainly driven by increased construction cost of materials which in turn caused developers to streamline their activities.

However, on a quarter-to-quarter basis, the sector grew faster compared to the 6.0 per cent growth rate recorded in the fourth quarter of 2021, following the near and completion of mega projects such as the Nairobi expressway and the Western Bypass, among others.

Meanwhile, the Accommodation & Food services sector grew by 56.2 per cent in the quarter under review, 89.2 points higher than the 33.0 per cent contraction recorded in a similar quarter in 2021.

KNBS said the performance was mainly driven by the lowered pandemic restrictions and flight bans, which led to increased visitor arrivals into the country as well as increased leisure and conference activities boosting the sector’s performance.

However, on a quarter-to-quarter basis, the performance was a sharp decline by 62.4 per cent from the 118.6 per cent growth that was recorded in the fourth quarter of 2021.

The reduced growth is mainly because of the prior quarter growth we saw from depressed tourism numbers during the height of the pandemic.

Commenting on the finding, experts from Cytonn Investments said that they expect Kenya’s property market to be on an upward trajectory.

In a report, the experts said that the performance would be driven by factors such as rapid infrastructure developments and increased development and expansion in the hospitality and retail sectors.

Other factors include the government’s continued focus on the affordable housing initiative.

“However, setbacks such as oversupply in select Real Estate sectors, coupled with financial constraints is expected to weigh down optimum performance of the sector,” the report said.

The finding by KNBS comes when a separate finding by the World Bank has projected that the country’s real gross domestic product (GDP) will grow by 5.5 per cent in 2022 and 5.2 per cent on average in 2023–24.

According to the group, while still strong, the growth rate will be moderate following a remarkable recovery in 2021 from the worst economic effects of the pandemic.

During the period, the country’s economy grew by 7.5 per cent, much higher than the estimated average growth in Sub-Saharan Africa of 4 per cent.

In the latest report, World Bank noted that the impact of the war in Ukraine is weighing on the global economic recovery from the pandemic.

It further noted that Kenya’s outlook is worsened by the current drought, which is having a devastating effect on food security and livelihoods in affected parts of the country and is causing increased social spending on food assistance.

For example, using the Integrated Food Security Phase Classification, it is estimated that 3.1 million Kenyans (out of 13.6 million) living in counties with arid and semi-arid land are food insecure.

The baseline economic projections assume that below-average rains will hamper agricultural performance and accounts for the downside effects of the ongoing war in Ukraine through increased global commodity prices.

Commenting on the finding, World Bank Kenya Director Keith Hansen said that while Kenya’s economy has been resilient, the multiple recent shocks show the urgency of improving social protection mechanisms to cushion the most vulnerable households.

“This will enable Kenya to move away from other more costly and less well-targeted support measures such as fuel subsidies.”

The report further noted that Kenya’s economic performance remained strong in the early months of 2022, but external challenges have mounted.