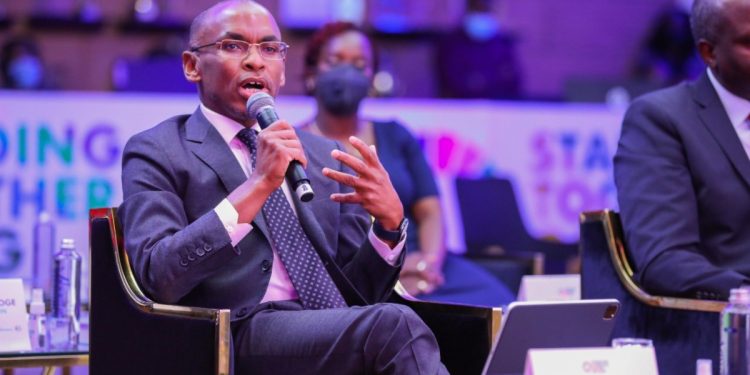 Safaricom and NCPWD will connect persons with disabilities with job opportunities through Fuzu, an online recruitment portal

Kenya’s leading telecommunications company, Safaricom, has partnered with the National Council of Persons with Disabilities (NCPWD) to connect persons with disabilities with job opportunities through an online portal.

In a statement seen by The Exchange Africa, the company said the portal, powered by IT service provider Fuzu, is a first in Africa and seeks to help employers easily identify and recruit Persons with Disabilities into their firms.

Fuzu, which has been active since November 2020, currently has over 360 employers and over 5,000 job candidates.

Safaricom said it has used the portal for its recruitment needs and supported NCPWD by mobilising more employers to come onboard. The TechCo has also been driving a campaign to encourage candidates to register and access the portal for employment opportunities.

This partnership has earned Safaricom a nomination at the 2023 Zero Project awards, which recognises the rights of persons with disabilities and seeks to improve their day-to-day lives. Safaricom is among five organisations nominated in Kenya, which is among 19 countries in Africa to have their innovations nominated for the 2023 Zero Project Awards.

“In 2018, Safaricom made a commitment at the Global Disability Summit to support the economic empowerment of persons with disabilities. Through this project, we have made great strides in increasing the prospects of persons with disabilities in their search for employment. Our nomination at the 2023 Zero Project Awards is a testament to our commitment to diversity, equity, and inclusion,” said Peter Ndegwa, CEO, Safaricom.

“We are excited about this partnership with Safaricom, which boosts the job prospects and improves the quality of lives of persons with disabilities. The NCPWD Career Portal is a big step in our objective of having organisations reach the minimum 5 per cent reservation of employees with disabilities as per the Persons with Disabilities Act No. 14 of 2003,” said Harun Hassan, the Executive Director, NCPWD.

Candidates with disabilities can register through the link https://ncpwd.fuzu.com while employers can register by contacting [email protected]

In a separate story, a survey conducted in Kenya ranked Safaricom as the top company that job seekers would love to work for, with most respondents attributing the working environment and remuneration as key indicators.

3,448 valid responses put Safaricom in the top spot as the number one best company to work for as well as the most ‘desired’ and ‘respected’ brand.

The survey was conducted by BrighterMonday. Commenting on the report at the time, BrighterMonday Chief Executive Officer Emmanuel Mutuma revealed that Kenyans were not entirely happy with their current work situations, with most willing to switch jobs.

“Respondents aged between 25-35 are the happiest age group at work, followed by 18-24; however, both age groups posed a high flight risk. The oldest age group is the least happy group but not willing to leave their current employer. In Kenya, employees are most satisfied when they can relate to a company’s vision, have full transparency with management and have flexibility in the execution of their tasks.”

Adding, “In Kenya, employees are most satisfied when they can relate to a company’s vision, have full transparency with management and have flexibility in the execution of their tasks. A company is only as good as its staff on any given day, so ensuring your staff are happy and satisfied not only increases your company’s productivity but your company’s reputation as well.”

The report surveyed a total of 3,448 valid responses following internal audiences made up of employees working at numerous companies in Kenya and external surveys that targeted the general public. The majority of the respondents were aged between 25-35 and 18-24, live in Nairobi and hold a Bachelor’s degree.