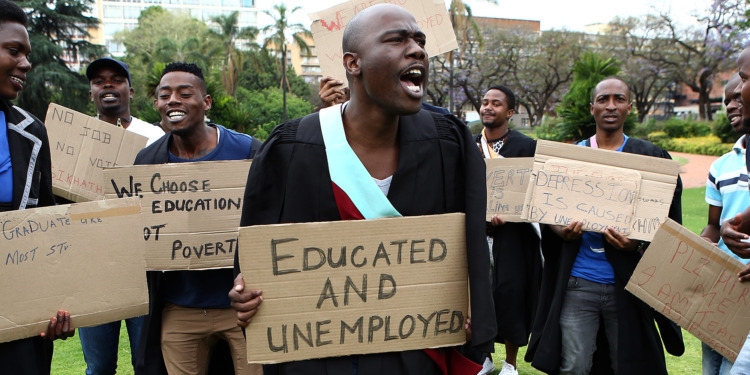 Youth demonstrating over unemployment. The best paying jobs in Kenya in 2022 could be a surprise for many. [Photo/ Phill Magakoe |Credit: Gallo Images]

by Kiptoo Kosgei
in Money Deals
2
Share on FacebookShare on LinkedIn
The Kenyan economy added 926,100 jobs in 2021, according to the Kenya National Bureau of Statistics (KNBS) Economic Survey report released in May.
The survey showed total recorded employment in Kenya increased from 17.4 million in 2020 to 18.3 million in 2021.
The survey indicated that the informal sector created the highest number of jobs (753,800), with modern establishments adding 172,300 new jobs.

The report noted that Non-Governmental Organisations (NGOs) pay the highest salaries, with an average annual salary of KSh 3,757,013.2.
Financial and insurance sector jobs were ranked second with average annual wage earnings of Sh2.08 million per employee.
The Exchange delves into the highest paying jobs in Kenya in 2022, according to Salary Explorer.
1. Surgeons and doctors
According to Salary Explorer, surgeons/doctors earn the highest salaries in Kenya.
Their average monthly salary is Sh541,000, exclusive of allowances.

“A surgeon’s profession involves high risk and requires extensive knowledge and a long learning path; the necessary ingredients for a high paying career,” the survey stated.

2. Judges
Judges were ranked second in the list of employees who earn a handsome income.
The Judiciary mandates judges to deliver justice in line with the Kenyan constitution and other laws.
Their main work is to resolve disputes between or among warring parties.
In Kenya, they take home approximately KSh 459,000 monthly.
3. Lawyers
Lawyers, popularly referred to as learned friends in Kenya, represent the people or companies in dispute.
High Court advocates earn Sh371,000 monthly on average.
Their salaries range from Sh193,000 to Sh568,000.
4. Bank managers
Since they are in charge of hundreds of millions belonging to clients, bank managers are among the highest-paid in the country.
Their monthly salaries range from Sh182,000 to Sh535,000, while their average monthly income is Sh350,000.
5. Chief Executive Officers (CEOs)
According to the Corporate Finance Institute, CEOs are responsible for the overall success of a business entity or other organisation and for making top-level managerial decisions.
Read: Jobs in demand in 2021 and beyond
CEOs smile all the way to the bank as their average monthly pay stands at KSh 328,000.
6. Chief Financial Officers (CFOs)
The senior executives are responsible for managing the financial actions of a company.
With their work involving handling cash flows daily, they are compensated well.
Chief financial officers are paid Sh306,000 monthly on average.
7. Orthodontists
Orthodontists are paid a good sum.
They examine the teeth and gums, check their health and recommend any treatment that might be necessary.
With many Kenyans facing oral problems, orthodontists are among the highest-paid as they take home approximately Sh 295,000 monthly.
8. University professors
According to The Standard, Kenya has over 700 public and private university professors.
The publication stated out of these, 557 lectured in public universities while the rest teach in private institutions.
A professor is one of the most prestigious jobs in Kenya with a good salary.
Professors earn approximately KSh 262,000 monthly.
9. Pilots
Some students who excel in the Kenya Certificate of Secondary Education (KCSE) wish to work as pilots.
A pilot is a lucrative career with good returns.
In Kenya, they are paid an average of KSh 219,000, but this may vary depending on flight hours.
10. Marketing directors
Marketing directors complete the list of the top 10 highest paying jobs in Kenya. Their salaries range from Sh102,000 to Sh 300,000.
Read: Kenya’s economy to grow by 5.5% in 2022, down from 7.5% in 2021 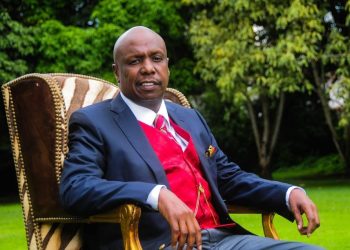 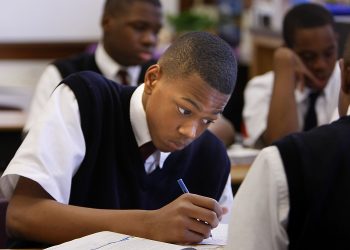 Kenya: 7 most popular digital lending platforms, and their owners