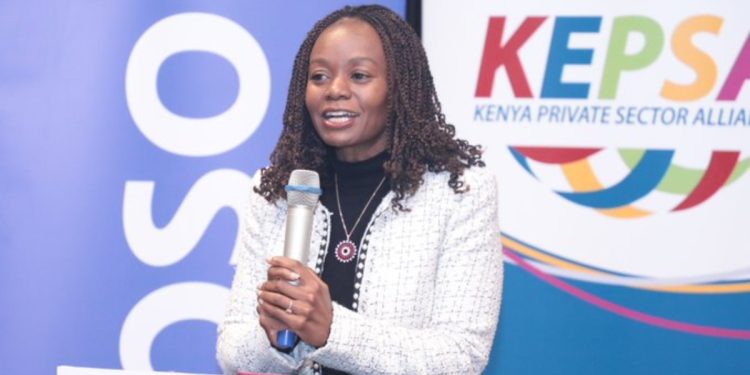 Business executives also expressed optimism about hiring additional full-time employees in the next six months, which will translate to increased business operations

As Kenya heads to the polls on August 9, 2022, the Kenya Private Sector Alliance (KEPSA) has launched the CEOs Business Confidence Index Report 2022, showing that most business executives expect a stable economy after elections to support higher industry business growth.

According to the index, the current CEOs Business Confidence Index stands at 61 points overall. Business executives also expressed optimism about hiring additional full-time employees in the next six months, which will translate to increased business operations.

Kenyans and people from several parts of the world are paying more for fuel, wheat, and fertiliser. These components are critical inputs for Kenya’s manufacturing and agriculture sector, coupled with the rise in inflation globally.

The report, which was developed in partnership with TIFA Research, also found that the Hospitality and Tourism sector was the most optimistic sector at 68 index points, given that the sector is recovering from a worse situation occasioned by the Covid-19 Pandemic compared to other sectors.

It is followed by the Building and Construction and Wholesale and Retail sectors, both standing at 62 index points.

According to the report, the least optimistic sectors are finance & ICT, perhaps since businesses in these sectors were already experiencing growth relative to other sectors at the height of the Covid-19 Pandemic and do not expect much change for them in the coming six months.

Business executives remain sceptical about the possibility of reduced production costs due to the prevailing high fuel, raw materials, and other input costs that are expected to go up, thus projecting lower industry growth prospects over the next six months.

“These expectations were tied to failure to address the high-cost production, inflation, rise in fuel prices, change of government, and generally tough economic conditions,” noted Ogalo.

“CEOs are considered to have a helicopter view of the economy and their assessment of specific industries, and the overall economy provides investors and entrepreneurs with invaluable insight on the current and future economic conditions and performance in the country,” explained Maggie Ireri CEO TIFA Research.

The report was KEPSA’s third. The other two were released in November 2012 and July 2017, with the CEOs Business Confidence Index standing at 53.8 and 44 Index points, respectively.

The CEO Business Confidence Survey seeks to gauge the economic outlook of CEOs, determining their concerns for their businesses and their view on where the economy is headed, being a good indicator of the near future economic performance. A total of 173 business leaders, including those operating in the central business district, participated in the study that was conducted in July 2022.