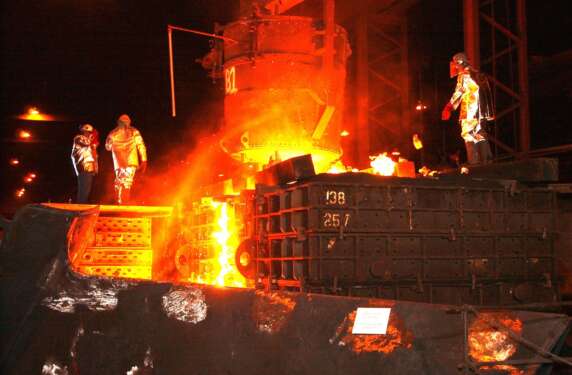 by Evelyn Shumba
in Business
0
Share on FacebookShare on LinkedIn

A healthy manufacturing sector is a fundamental path to economic growth and development. It is key in creating employment as it absorbs the unemployed population into productive decent paying jobs that help improve their standards of living. Historical evidence shows how industrialisation has transformed countries such as the United Kingdom, Germany and most recently, China, by growing their economies tremendously and earning them amongst the best performing economies in the world. According to the Global Manufacturing Competitive Index, South Africa, Egypt and Nigeria are leading in the evolution of manufacturing in Africa, while Ethiopia and Morocco are following closely behind; all of them have adopted policies that promote manufacturing development.

Africa is already extremely rich in natural resources – vast gold, platinum, uranium, iron ore, copper and diamond reserves. It also has huge, unexploited reserves of natural gas and oil (10% of the world’s reserves) and great potential for hydroelectric power production. The agriculture sector also presents great potential; presently only 10% of Africa’s arable land is being cultivated. African governments are now making efforts to diversify their economies so that they do not rely too much on commodities. The Africa Free Continental Trade Area (AfCFTA), which began trading in January, was set up to promote value addition by boosting the manufacturing sector, through beneficiation of the continent’s natural resources and agricultural products. The opportunities for growth are enormous.

According to the World Economic Forum, by 2030, over 40% of Africans will belong to the middle or upper classes, and there will be a higher demand for goods and services, thereby providing a greater market for manufactured goods. In 2030, household consumption is expected to reach $2.5 trillion, more than double that of 2015 at $1.1 trillion. Africa also has the advantage of a bigger and comparatively cheap labour force, because there are a very high proportion of youthful Africans in their 20s and 30s. Evidence shows that manufacturing in Africa is growing in real terms.  Between 2005 and 2014, manufacturing production more than doubled from $73 billion to $157 billion, growing 3.5% annually in real terms. Looking to the future, experts project that the sector could hit $666.4 billion by 2030.

Africa has ample opportunities to grow its manufacturing base in a broad range of industries. Local beneficiation of resources in oil and gas is one example. The growth of the population will provide a boost for direct consumer industries such as food, agriculture and beverage, home and personal care, clothing, and even automotive. Other likely target sectors include secondary industries such as building and infrastructure, due to further urbanization and the need for infrastructure investments.

However, the textiles and clothing sector has not been performing well, due to the unbeatable competition from Asian imports which are much cheaper. For example, in Zimbabwe the textile industry was once very significant, but major players such as David Whitehead Textiles had to shut down as cheap imports flooded the market. This is set to change because China is now investing in Africa’s labour intensive clothing manufacturing industry, in Ethiopia and Rwanda.

There are impediments which may hamper industrialisation in Africa but with effort they can be overcome. Only two-thirds of 15-24 year olds in Africa have completed primary education, which is approximately 20 percent less than the world average, with less than one-in-five students continuing beyond primary school.  Labour force is abundant as mentioned, but what is worrying is the lack of specialised skills in production. There is need for investment in intensive training in practical and advanced skills of production.

Infrastructure gaps in energy and logistics are also a huge deterrent to investment in manufacturing increasing costs for industries that are already operational. The region as a whole now lags 20 percent behind the average for low-income countries across all infrastructure indicators. They are only five African countries above the global median for electricity supply and only 10 for the quality of transport infrastructure. Frequent power cuts are the order of the day in most African countries; this disturbs production and increases costs due to the use of back-up power. The railway network—mostly slow speed rails which were developed in colonial times—and road networks are poor rendering most rural areas inaccessible, thereby disturbing supply chains.

African industries also lag behind in terms of production efficiency as they are not technologically advanced or fully mechanised. They generally have lower economies of scale and this has led to low production. There are also issues of poor policies and regulatory frameworks which have led to burdensome taxes and overlapping jurisdictions which affect trade and efficiency of global value chains.

The future of the manufacturing sector

African governments and non-governmental organisations have begun to channel concerted effort towards improving industrialisation. The African Union’s Action Plan for the Accelerated Industrial Development of Africa (AIDA) and the United Nations’ Third Industrial Development Decade for Africa (IDDA3) have shown the importance of industrialisation in Africa. The African Union’s Agenda 2063 and AfCFTA are examples of strategic framework for the socio-economic transformation of the continent. Agenda 2063 necessitates regional and national commodity value chains as well as the provision of sectoral and productivity plans, to confirm the implementation of industrial policies at all levels. The AfCFTA on the other hand has potential to facilitate structural transformation in Africa. Its success could increase the growth of the manufacturing sector and value addition to commodities.

The African Development Bank (AfDB) has incorporated Industrialize Africa as one of its High 5 Sustainable Development Goals. In order to drive the continent’s industrial program and develop Africa as a globally competitive component of the value chain, the AfDB (in its own words) is resolute in mobilising capital, de-risking investments for the private sector, and leveraging capital markets. It is enabling public private partnerships by various means as well as creating an enabling environment for industries through various efforts.

Governments are also introducing policies that attract foreign direct investments and make trade a lot easier. Special economic zones (SEZ) have been created and have had positive results. A good example is the Multi-Facility Economic Zone (MFEZ), a program which began in Zambia in 2005. The area around the capital, Lusaka, hosts six MFEZs, which eliminate VAT payments on manufacturing inputs and either discount or defer corporate tax payments. In order to exploit the incentives offered by the SEZs, companies are required to first prove that their activities will contribute to the diversification of the economy of Zambia.

The application of the latest technologies is key to a successful industrial revolution for Africa. Smart introduction of mechanization will also be needed, combined with a significant effort in training and skills development. Vocational training which focuses on artisan skills is essential. In order to cater for the large market which is a result of AfCFTA, simplified border procedures are a prerequisite. The many one-stop border posts scattered across the continent are one such example. There is also need to look into independent power production to utilise the potential for hydro power generation as well as investing in alternative sources of energy such as biogas.

An all-inclusive approach that not only addresses Africa’s infrastructure gaps, but also arduous policies, procedures and regulations that effectively allow monitoring the movement of people, goods and services is essential. This allows for improvement in labour distribution while addressing the challenges of terrorist activities. Private sector stakeholders must be engaged as they will serve as the main drivers of change and ensure that the benefits of improved trade logistics are actually passed on to producers and consumers of Africa’s manufactures.

Africa’s manufacturing output has the potential to surpass $1 trillion per year by 2025, with roughly half that production remaining on the continent and the rest exported. African economies have traditionally relied on commodity exports which has meant that any drop in world commodity prices will affect African countries’ GDP. Industrialisation will alleviate this problem by diversifying economies.