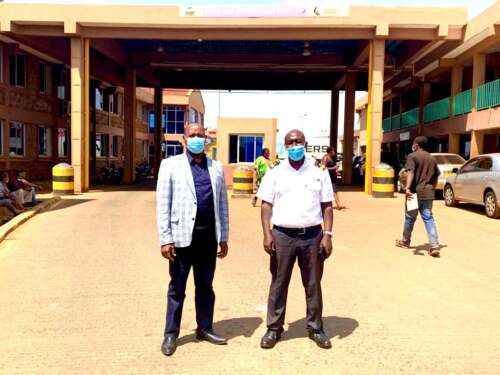 Trucks took longer times to return to their departure points due to the restrictions imposed to contain the pandemic. Such disruptions led also to delays in the return of empty containers to the ports- UNCTAD

In the East African community trading bloc, poor infrastructure continues to be a huge trade barrier and a major constraint to regional integration and development.

This especially affects shippers who rely on road transport to get goods distributed across the region. Poor infrastructure increases dwell time on the roar which means higher costs making goods to compete unfairly with imports from around the world.

According to a report by the United Nations Conference on Trade and Development (UNCTAD)’s Review of Maritime Transport last year, restrictions affecting inland transportation have created some challenges to cross-border crossings.

“For example, in some African countries, the time taken to pick up cargo after customs release increased in 2020 compared to the same period in 2019. Trucks took longer times to return to their departure points due to the restrictions imposed to contain the pandemic. Such disruptions led also to delays in the return of empty containers to the ports (e.g. port Mombasa), which often led to retention charges set by shipping lines.” The analysis reads in part.

The snarl-ups are also disrupting the flow of goods thus increasing operational costs for traders, causing wastage of volumes of perishable goods and fueling corruption cases.

Recently, the East African Business Council (EABC) has called upon the East Africa Partner States to prioritize the improvement of infrastructure at Border Posts, to facilitate seamless flow of goods and movement of persons, as cross border business rebounds.

The umbrella body made a visit to the Busia One-Stop Border Post (OSBP), EABC noted that the OSBP is efficiently operating with only a 1km truck traffic holding an average of 55 trucks. Nearly 1,000 trucks were mobbing goods through the border on weekdays with the number increasing to 2,000 trucks on weekends.

According to the EABC CEO Dr. Peter Mutuku Mathuki, there is a need to improve the infrastructure at the Busia One-Stop Border Post via the construction of a 4-lane road to ease cargo clearance.

“The first lane should be to transport general cargo. The second lane to be used by passengers. The third can be for fresh produce and the fourth for hazardous products,” Dr. Mathuki emphasized.

Dr. Mathuki also reiterated the need for parking spaces to be built for cargo trucks near the Busia OSBP.

“Insufficient Parking Space for cargo trucks along the northern transport corridor trunk routes still pauses a safety challenge for the traders and border communities,” he said.

According to the African Development Bank (AfDB, the East Africa region is projected to recover to 3.7 per cent in the baseline scenario and 2.8 per cent in the worst-case scenario this year, under the assumption that COVID-19 would be contained in the short-to-medium term.

In October last year, truck traffic snarl-up to the Busia border exceeded 15 kilometers, disrupting cross-border trade and escalating the cost of doing business. This saw EABC call for mutual recognition of Covid-19 tests across the region.

According to a report released by EABC in September, last year, titled, ‘Impact Of COVID19 on Business and Investments in the EAC and Proposed Recovery Measures for the EAC Economies,’ 56% of businesses have been affected by cross border restrictions since the pandemic hit the EAC bloc. 44% of businesses are still struggling to source raw materials to keep their businesses afloat.

PewDiePie Net Worth 2021 | His Career And Success Life