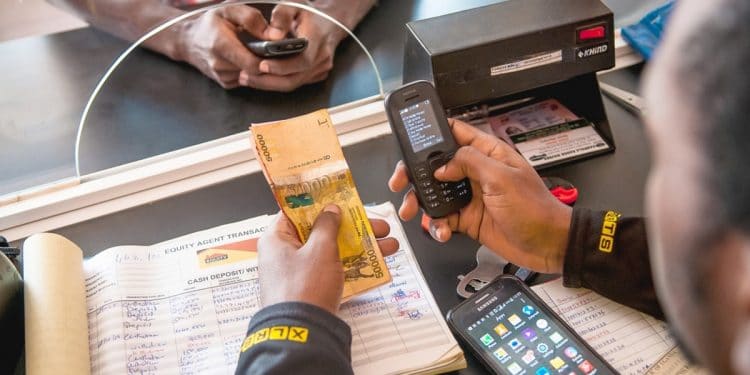 Technological advancements and their convergence with just about every sphere of human existence have launched what appears on the face of it to be a spirited assault on financial services in general and the banking sector specifically.

This has been the trend worldwide and Zimbabwe is no exception.

The growth and advent of technological convergence with financial services has ironically resulted, whether by design or by coincidence, in financial disintermediation. This simply means that financial services as an industry is no longer the preserve of banks and related institutions. We are starting to see the emergence of non-bank and non-financial companies offering financial services. In the case of Zimbabwe, the leading mobile telecoms company operates a mobile money transfer division that has more clients on its books than do all the commercial banks in the country.

The financial services space is being disrupted by new entrants that are nimble and more innovative. The overwhelming result of this has been the closure of bank branches right across the broad spectrum of the banking sector and across the country.

Whenever a branch closes press space is taken up by the banks running adverts citing the growth and advent of mobile technology to be the cause of bank branch closures. To the passive reader it would then look as though technological advancements, growth, and adoption together with the prosperity of banks with respect to their branch networks are mutually exclusive.

The question one needs to ask is if this is really the case?

Does advancing technology have to spell doom and disaster for the bank branch model?

What could possibly be unique about the case of Zimbabwe where bank branch closures have increased dramatically over the last five years?

This last question is particularly significant given that many other countries are ahead in terms of adoption and development of the said technology and yet have not experienced branch closures on the scale that Zimbabwean banks have. This observation alone will lead the curious reader to ask if technological advancements are being used as a pretext to mask an underlying and more sinister cause behind the closure of bank branches.

This is clearly a topic that requires inquiry and its findings will go a long way in explaining the relationship between the extent to which a bank adopts advanced technology and the impact of that technology on the said bank’s branch network.

Standard Bank Group the financial services behemoth and Africa’s largest lender by assets has been on an aggressive drive to adopt the latest technology as any other banking institution has in recent times.  However, the group was reported in the Sunday Times to be mulling a decision to close 97 branches in its South African operation. Was this an isolated incident?

It has been long held that for many large banks the physical branch network typically represents up to 50% of the overall cost base of operations. Despite the apparent threat posed by technology the branch networks are still vital as a branding magnet so to speak, as well as to nurture and support the most important sales relationships. It is for these reasons that it will remain unlikely that the branch network system will be rendered obsolete by the advent and adoption of new technology.

Be that as it may, the branch network system does need to reinvent and recalibrate itself to remain relevant.

In the former years banking companies used to pride themselves on the number of branches they have and the extent of their network. The development of mobile technology has turned that on its head.

By implication the adoption of this technology means that essentially your branch as a client is now your mobile device.

It is clearly a time for change and to awaken a new form of thinking for the banks.

Leading academics and banking industry experts Angel Verges, Mauro F. Guillen, Juan Moreno and Emilio Ontiveros have proffered a solution banking companies would be well advised to consider and adopt. They posit that, “One key principle is to refocus branches away from manual transactions and toward the most important (and often profitable) activities of relationship-based banking and advisory services. This means more technology in the branch for self-assisted service.”

What they are proposing in much simpler terms are that senior leaders and managers in banks must find ways of marrying technology with their existing branch network.

The role of bank branches in an increasingly digital environment

The branch network is too critical a component of bank operations and strategy to be considered obsolete regardless of the advance in technology. Branches will play a crucial role as:

It would for the foregoing reasons be ill-advised to drastically reduce the branch network given its importance on the basis or under the pretext of advances in technology. This is especially true given the fact that the said technology and the branch network can be successfully combined.

It is critical to appreciate that banks can make two mistakes in attempting to configure their brick and mortar operations to accommodate mobile and advanced technologies:

Universally, branches are here to stay; however, they must going forward be differentiated in terms of location format and function. The technologically synchronised branch must be differentiated according to the following factors:

It is essential to note that in order to be successful each of these branches will need to be integrated for branding consistency and in order to ensure that the customer can move seamlessly across channels.

Conclusion: The curious case of Zimbabwe

Despite the evidence outside the country on the African continent and across the globe of banking sectors that have adopted the very same technology but have managed to grow their bank branch networks, Zimbabwean banks have continued to reduce their branch networks on the premise that the adoption of mobile technology negates the need for them, making the branch redundant. Such a premise is at odds with empirical research and the recommendations of renowned banking experts.

The case of Zimbabwe would then lead one to conclude that there must be other reasons for banks to shrink their presence and staff complement.

Zimbabwe’s economic landscape is for the time being very harsh, characterised by subdued business activity, inflation, high unemployment and low confidence. It is difficult for most businesses to thrive let alone the banks. Such a background obviously will not bode well for the banking sector given that it exists primarily to support economic activity. That being the case it is safer to conclude that most banking houses if not all are living on capital. Their operations within the branch network are not generating cash flow enough to sustain themselves. This just means that for most banks, the branches in their network cost more to keep them open than what they are contributing to the bottom line.