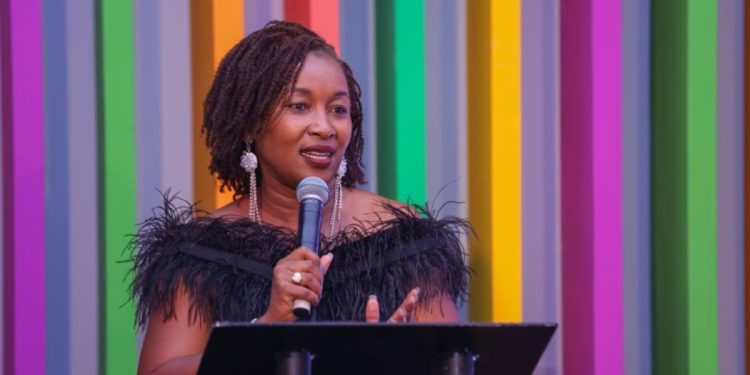 by Wanjiku Njugunah
in Business, Industry and Trade, Investing, Tech & Business
0
Share on FacebookShare on LinkedIn

In a statement, South Africa’s MTN Group announced the appointment, saying she brings on board experience in transforming customers’ lives using technology.

“A seasoned executive, she brings a passion for transforming customers’ lives using technology,” the group said.

The group further revealed that Mulinge would replace Wim Vanhelleputte, who will take on a new MTN Group role of operations executives: Markets.

Safaricom CEO Peter Ndegwa described her as a champion of Digital Transformation, a purpose-led and impact-driven business leader.

“She has lived the Safaricom Purpose of Transforming the Lives of our customers, using technology as an enabler of positive change. As she embarks on the next phase of her career, I would like to congratulate Sylvia and thank her for her leadership and contribution to Safaricom over the years,” Ndegwa said.

She is instrumental in setting up two critical businesses in Safaricom; Enterprise and Fixed Data.

Her appointment comes roughly four years after her appointment to lead Vodacom Tanzania in 2018 was thwarted by Tanzanian authorities, who refused to issue her a work permit.

In a related story, Kenya’s Capital Markets Authority (CMAK) has provided its ‘no objection’ for The MTN Uganda Initial Public Offering (IPO) to be marketed in Kenya, allowing the marketing of the shares to both Professional Investors and Retail Investors following the opening of the offer in Uganda on 11th October 2021.

MTN Uganda said the marketing in Kenya would be spearheaded by SBG Securities, and Dyer and Blair, both of whom are licensed market intermediaries in Kenya, working in collaboration with their respective affiliates in Uganda.

SBG Securities Uganda Limited is the Transaction Advisor and Lead Sponsoring Broker for the MTN Uganda IPO and would be collaborating with SBG Securities Limited (Kenya) to market the IPO in Kenya.

The MTN Uganda IPO offers for sale 4.4 billion ordinary shares, accounting for a 20% stake of the company, at a price of UGX 200.00 per share.

Each prospective shareholder must apply for at least 500 shares, which, if fully allocated, results in a minimum investment of UGX 100,000 per shareholder.

At the time, Vanhelleputte said that the decision to float shares on the stock market, is part of MTN’s localization agenda aimed at aligning its company’s priorities more closely with the development agendas of its operating markets, in particular and the African continent, as enshrined in the MTN Ambition 2025 strategy.

“The decision to list MTN on the Uganda Securities Exchange is in line with our localization agenda aimed at prioritizing local investors with the goal of giving Ugandans and indeed East Africans the opportunity to own part of the company,” said Vanhelleputte, adding that Uganda is the fourth MTN operating market to get listed in Africa.

“During MTN’s 23 years in Uganda, we have grown tremendously, thanks to the enabling environment availed by the Government of Uganda as well as the unwavering support and trust of the people of Uganda and East Africa as a whole. We look forward to welcoming Ugandan and indeed East African retail investors as part-owners of a company that we have collectively built and that we’ll continue to grow together,” Vanhelleputte said.