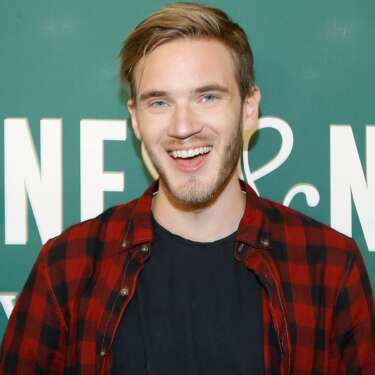 PewDiePie Net Worth 2021 | His Career And Success Life

PewDiePie  Born on 24 October 1989 in Gothenburg, Sweden, PewDiePie aka Felix was fond of games when he was in school. In high school, he used to skip school and play video games. His parents were Lotta Kristine Johanna and Ulf Christian Kjellberg. His father is a chief executive in a corporate, and his mother is an award-winning Chief Information Officer.

He has an older sister named Fanny. He completed his graduation from Göteborgs Högre Samskola High School. Initially, he decided to focus on pursuing a degree in Technology Management and Industrial Economics at the Chalmers University of Technology. However, in the long run, he found himself indifferent to his studies and dropped out of school.

As has been widely reported and getting famous over the years he has not stopped following YouTube activity. He loves photoshop and playing video games. To buy a computer at that time he sold his photoshopped images so that to save enough money for a computer.

With a net worth of $ 40 million, PewDiePie is a Swedish online celebrity and video game commentator. His YouTube channel, PewDiePie, features his videos showing him playing various video games. Recently his channel PewDiePie has been the most heavily subscribed channel on YouTube.

He makes videos regularly, in which he shows himself playing the game, and commenting on what he sees and experiences, together he also shows his reaction to the users to what he sees on the screen and what he feels about the particular gameplay and video. PewDiePie named his fans ‘Bro Army’, which is made up of his ‘Bros’, and at the end of his videos, he usually makes a ‘Brofist’. Since he started the channel in 2009 his subscriber growth has grown at a very fast pace. PewDiePie also spoke at Nonick Conference 2012. In October 2012, PewDiePie ranked number 1 YouTube channel in terms of “SlateScore” by OpenSlate. In April 2013, PewDiePie’s family grew to a whopping six million subscribers. In July 2013, he moved to the United Kingdom to take full utilization of Internet connectivity.

On December 19, 2006, Felix joined YouTube. He named his first channel “Pewdie”. He described his choice of the word “pew” as a laser-generated sound. In his first video, he was seen playing Call of Duty. He also uploaded some of his vlogs on Youtube. Once he forgot his password on his Pewdie channel so he introduced a new channel called PewDiePie on April 29, 2010. On the PewDiePie channel, he focused on Call of Duty, Minecraft, and various other horrors/action games

Since 2013 more than $ 73 million in taxes has been paid by PewDiePie from his YouTube earnings. In an interview, he confirmed that his total income was much more than $ 20 million.

In the year 2013, the channel grew from 3.5 million subscribers to a whopping 19 million. At that time this channel received a new subscription of his Youtube channel at a rate of 1.037 per second, for the whole year. That year he got 1.3 billion video views and ended up being the most subscribed channel on YouTube.

In 2014 his YouTube channel earned 14 million subscribers and garnered 4.1 billion video views, far more than any other channel. In 2015 it was estimated at 300 million views per month.

He released the PewDiePie iPhone app with the help of Maker Studio. On several occasions, he expressed dissatisfaction with Maker Studio’s parent company Disney, but eventually set up a website and an online store to complete the highly successful app.

In February 2017, it was revealed that many of his videos contained antisemitic clues and after this PewDiePie lost his YouTube Red program. PewDiePie says there is nothing inappropriate or shocking in this video, that video, however, is only designed to highlight how people do anything to make money, no matter how they go. In the most obvious example, to hold the “Death to all Jews” sign, he paid two people $ 5 per website fiver.

There has also been a “PewDiePie” subscriber challenge where people have traveled the world by making that discourse public. Several assassins have said “sign up for PewDiePie” at the time of their murder or within their manifesto. PewDiePie distanced himself from the meme and blamed the killers for spoiling his name and image.

Hope you like the blog on PewDiePie, we have tried to touch every aspect of his life, from his childhood to college and then earnings. A successful Swedish YouTuber with a net worth of $ 40 million. The highest-paid star on YouTube in the world with the highest-paid channel on YouTube. With an average annual income of $ 15-20 million, not only this even his sponsored video touches around $ 450,000.

Also Read: Rick Ross Net Worth | His Family and Lifestyle 2021

Jumia Stock Price: Why investors may be losing out?

Start-ups in Africa: Understand what sparked the first funding decline