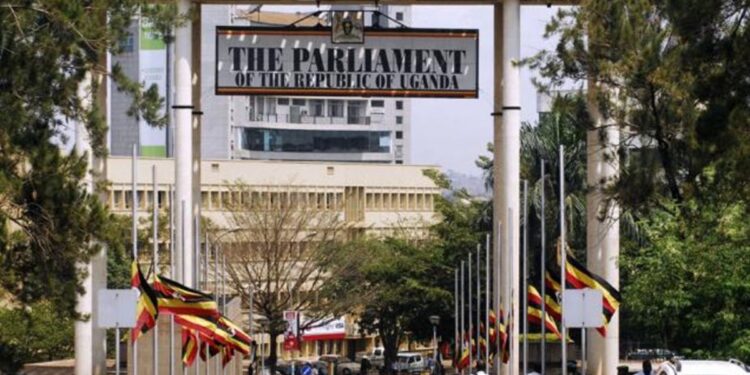 The minister informed the lawmakers that government is losing approximately Shs123 million weekly in loan interest payments.. Photo: The Conversation.

In Uganda, the Minister of Works and Transport, Edward Katumba Wamala, has warned Members of Parliament that unless the budget shortfalls of the ministry are addressed, projects under the works sub-sector in the National Development Plan (NDP) III will not be timely implemented.

“It will be difficult to start new projects before completing the ones that were started,” he said.

Katumba Wamala was appearing before the Committee on Physical Infrastructure on Thursday, 13 January 2022 to respond to issues raised in Budget Framework Paper (BFP) for Financial Year 2022/2023.

He said that majority of the running projects are being undertaken in arrears, saying that some projects have suffered major budget cuts.

“We are not paying contractors. If we continue like that, it will be difficult to meet our targets,” he said.

The minister informed the lawmakers that the government is losing approximately Shs123 million weekly in loan interest payments.

“There are some contracts which we committed to Uganda National Roads Authority, and we even scheduled some because we were promised money but we have not seen the money. If this is how we are going to proceed, even this BFP or whatever plans we have will not help,” the minister said.

In the 2021/2022 budget, UNRA was allocated Shs3.1 trillion, which Katumba Wamala said did not enable the roads authority meet the set targets.

“UNRA undertakes huge projects and I need us to understand this so that we know where we are going,” he said.

He said that whilst the Minister of State of Finance, Amos Lugoolobi recently blamed the budget shortfalls on the COVID-19 pandemic, which affected the economy for close to two years, Parliament should prioritise the road sector.

“We are happy that the economy is going to be re-opened fully and we hope that this will lead to the recovery of the economy,” said Katumba Wamala.

Nathan Byanyima (NRM, Bukanga North) advised the ministry to prioritise construction and maintenance of roads that have a direct impact on the traffic jam in Kampala City.

“MPs need to allocate funds adequately to address the recurring problem of traffic jam. It is disastrous to continue having many un-done roads which have the potential to decongest the city,” he said.

Byanyima added the ministry should conclusively deal with motorcycle riders in the city, saying that they are contributing to the traffic jam, to which the minister responded the ministry is working with Kampala Capital City Authority to re-organise the operations of cyclists.

Hon Sarah Opendi (NRM, Tororo district) blamed the poor state of roads on the delay in formulation of regulations for the operationalisation of the Uganda Road Fund Act to ensure implementation of the Act.

“Some of the challenges we are facing is because the Ministry of Finance has failed to do its work as provided for in the Road Fund. The fund ensured periodic road maintenance,” she said.

Opendi added that delayed maintenance contributes to the poor state of roads countrywide.

“People are dying not only because of reckless drivers but because of bad roads. The Road Fund must be addressed by this committee,” she said.

Hon Elijah Okupa (Ind. Kasilo County) wondered why the Ministry of Works and Transport continuously cites budget shortfalls as the biggest challenge and yet majority of the projects are donor-funded.

“What does the ministry do with all the donor funds?” he wondered.

He also asked the minister to clarify the category of motorists exempted from paying the road toll at the Kampala-Entebbe Expressway, after the Government started charging the road toll on 8 January 2022.

“There is a video that went viral showing officers at the toll gates in a scuffle with police officers in a patrol car. Should security personnel be charged road tolls?” he asked.

In response, the minister clarified that the law is clear on the category of those exempted from paying the road tolls, and security officers on duty fall in that category.