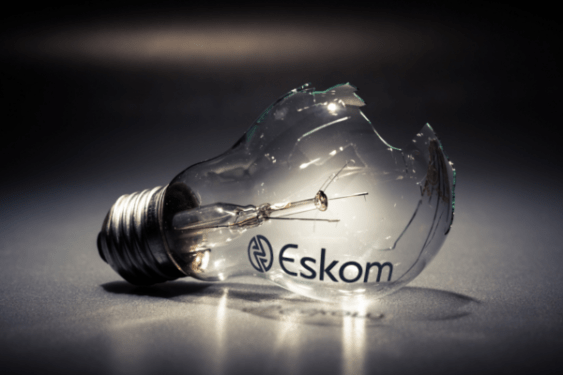 Eskom Holdings is South Africa's largest producers of electricity has been executing frequent load-shedding as power generation lags behind.

Africa’s second-biggest economy, South Africa—will face four days straight of power cuts (from 1200 noon) after the state-owned utility Eskom Holdings reported a malfunction at one of their latest established plants, according to Bloomberg News.

According to different sources in South Africa, the dependable power provider has confirmed a stage 2 power cut which is necessary, to kickstart from Thursday through Sunday.

The overnight calamity has rather brought back South Africa’s toil from the earlier stage 2 shedding on January 06 2021. By then, Eskom had 6672MW on planned maintenance and another 12073MW of capacity unavailable due to unforeseen maintenance.

In 2020, South Africa suffered various power cuts amid their struggle to resuscitate the economy which slipped into a second recession.

This scenario emerges a week after the utility suspended load shedding due to power demand decline. By 8 January the power provider had 6060MW on planned maintenance, while 13206 MW of capacity was unavailable due to breakdowns and other load losses.

Eskom is generally responsible for providing power in Africa’s most diverse economy, will cut 2,000 megawatts from the grid from noon on Thursday through Sunday evening, the power-provider statement read in part.

However, Eskom notice cited that, the power provider’s newest facility-Kusile, which is over budgeted and under-built sustained an outage after the failure of a conveyor belt supplying coal to two units.

Over the past year, Eskom has been facing huge challenges, including facing acute financial issues and operating at a loss. This emerged amidst the utility plans of transforming the business into three separate units to add outside power producers and shifting away from air pollution fuel—coal.

Further, according to a South African news outlet Eye Witness News (EWN), the utility noted that “South Africa’s power system remains vulnerable and unpredictable, meaning that it may need to ramp up load shedding if there are any more breakdowns”.

“Two-generation units at the Kusile power station tripped due to the failure of the main coal feed conveyor belts supplying coal to the units. In addition, a unit each at the Kriel and Duvha power stations tripped due to unforeseen breakdowns. We also have four generation units whose return to service from planned maintenance has been delayed,” According to Eskom’s spokesperson, Sikonathi Mantshantsha.

The power outages began signalling on December 12, when Eskom published a power cut notice on its website, cutting 2,000 megawatts of supply. Thus, during this time the utility has nearly 10,468 megawatts unavailable because of unexpected shutdowns.

In January 2020, South Africa’s national science council research showed that power cuts by the state utility cost the second-top economy in the continent, up to $8.3 billion in 2019 and there is a possibility of this trend to persist in two to three years.

Eskom communicated to the public via its website publication that it will work tirelessly to get rid of the situation as soon as possible.