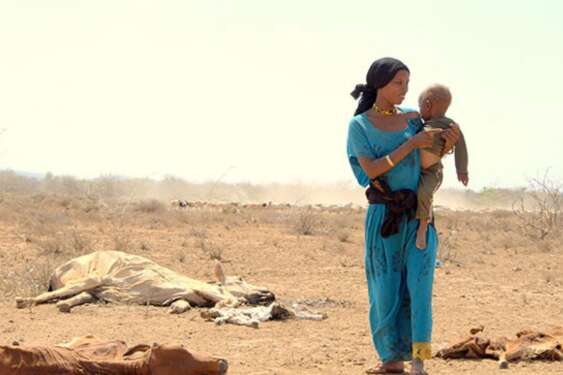 The food-water-climate nexus has been the major talk of this millennium. Concerns arise over the rapidly increasing world population and the ability to meet its food needs. Climate change has resulted in massive shifts in weather patterns, modification of landmasses, and occurrence of persistent weather catastrophes. The world has had to adjust from a traditional way of doing things to mitigate climate change impacts. A greener approach to industrial growth, non-fossil energy sources, and greenhouse farming are some of the responsive strategies towards climate change.

Awakening to socio-economic impacts of climate change in Kenya

Over the years, various climatic disasters have occurred, notably the recent Cyclone Idai that hit the continent’s south-eastern part. Various more catastrophic weather events continue to affect the continent socially and economically. Kenya, which relies on its agricultural sector’s performance, has evidenced a sustained and growing divergence between farm production and consumption. Notable air masses like the El Nino and La Nina have had substantial negative impacts on coastal countries such as Kenya due to rising sea levels caused by changing oceanic climatic conditions.

Kenya has been forecasted to face another severe dry spell this year as a result of La Nina. La Nina, an air mass typical of cold weather, which is not ideal for rainfall, has been hitting the east coastal country nearly every five years. In 2016, 2.7 million people were affected by a hunger crisis, and the majority of them displaced. A notable concern in such events is the government’s limited financial ability for relief aid. Much of the burden has been borne by humanitarian organizations that continue to offer substantial assistance both for disaster relief and Africa’s economic development.

The United Nations SDG 13 stresses the need to take action to mitigate climate change and its impacts. The aim is to take a robust, proactive approach with collective efforts in promoting economic growth in an environmentally sustainable manner. Kenya has launched a multi-million US dollar five-year project to address its agricultural sector’s climatic change effects. Green growth investments that allow for economic development sustainably are essential for the long-term and sustainable solutions to climate change.

Over US$13 million in renewable energy investments are being committed in Kenya through the USAID Power Africa initiative. Renewable energy initiatives help to reduce overreliance on harmful fossil energy sources. They also provide a new avenue for employment and contribute to the overall growth of the GDP of the economy.

Sustainable Development Goals 2 and 3 advocate for zero hunger and the well-being of people. The fulfillment of both these goals still remains a considerable task to handle in Kenya. Access to sufficient and nutritious food remains a problem in the country’s dry arid regions, which account for a significant part of its land area. A minor part of its arable land is under irrigation. Thus perennial farming for improved agricultural input is not viable. Although financial and administrative shortcomings contribute to poor food security, climate change effects remain the dominant force.

Due to Kenya’s food security problems, its citizens are at a greater risk of malnutrition-related diseases. The severe drought that occurred in 2017 left hundreds of children suffering from malnutrition. Apart from suffering a short-term food crisis, the country’s citizens’ health and well-being are critically affected in the long-term. Current efforts to improve Kenya’s agricultural capability are significant towards long-term mitigation of climate change effects.

All financial initiatives driven to improving the well-being of its citizens have to consider equality issues. Kenya’s economy is one of the biggest in Africa and comprises a lower-middle-income population. Over one third of its people live in severe poverty, with income inequality highly prevalent. The 2019 Human Development Index (HDI) for Kenya was 0.601, a significantly low figure given that the preferred HDI is 1. On the other hand, the inequality-adjusted HDI was 0.443, taking into account disparities related to resource allocation to the overall country’s population.

This shows substantial inequality gaps economically. Policies and legislation addressing climate change have to take into consideration the inequality gaps that exist. The Green Climate Fund, which has been launched, is significantly addressing this cause by focusing on its arid regions, which are much worse off. However, the government must do more to stoke equality.

The inter-link between climate change and food security brings out an essential environmental resource: water. Both availability and quality of water resources in Kenya have proved to be persistent problems for decades. The climate is arid, and continued dry spells have worsened the water crisis in the country. The few natural water reservoirs do not provide an equitable or sufficient water supply across the country’s entire regions, with over 50 million inhabitants.

Lack of water, which is a vital human necessity, is a priority area for consideration in Kenya. Overspills to this crisis have resulted in various water-borne diseases emerging. This leaves a trail of problems the government must cover. The need to address these climate issues will shift fiscal budget commitments to disaster management issues. The government in Kenya has a severe strain on its financial resources to efficiently run water pumping stations and piping systems. This leaves the rural and remote areas worse off and struggling to meet their water needs.

Among the many global challenges, climate change remains a significant threat to food and water security. Various problems such as increased cancer cases, water-borne diseases, respiratory infections, biodiversity loss are directly traceable to the severe effects of climate change.

As one of the most promising countries with good growth potential, Kenya has to fully embrace the reality of climate change. Its environmental, economic and social wealth will be greatly dependent on its efforts and approach towards addressing climate issues in fulfillment of SDG 13.