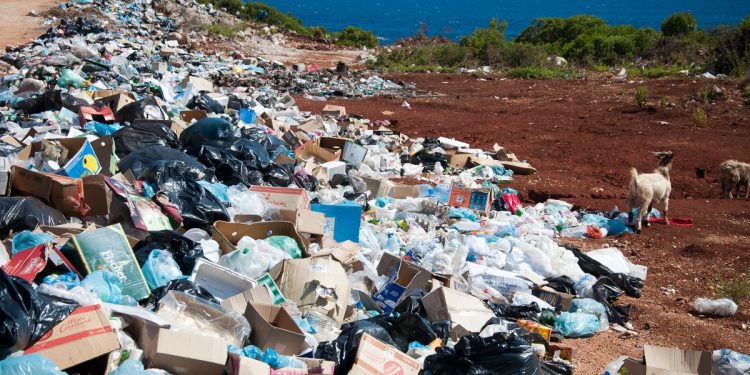 Mountain of rubbish and garbage on the beach by the sea. Photo: Unsplash.

UNEA at 50: Top reasons the new plastic pollution agreement matters to everyone

The agreement will hold nations, businesses, and society accountable for eliminating plastic pollution from the environment

This week was a win for climate change after the fifth session of the United Nations Environment Assembly (UNEA-5.2) resolved to end plastic pollution and forge an international legally binding agreement by 2024.

The agreement will hold nations, businesses, and society accountable for eliminating plastic pollution from the environment.

After the passing the landmark resolution in Nairobi, UN Environment Programme (UNEP) Executive Director Inger Andersen described the agreement as the most important international multilateral environmental deal since the Paris climate accord.

Representatives, including heads of state, from 175 countries, endorsed the agreement.

President Uhuru Kenyatta noted that plastic waste management is key to saving the seas, lakes, rivers, and the terrestrial environment.

Kenya imposed a ban on single-use plastic bags in 2017 to reduce the number of plastics in the waterways contributing to marine debris.

Kenyatta, however, observed that the efforts of a single country are inadequate for reducing pollution.

“We need collective action to develop viable and sustainable substitutes to plastics,” he said.

But why was it so important?

A UNEP finding dubbed ‘Drowning in Plastics’ and released in 2021 estimated that global plastic production rose to some 400 million tonnes per year.

However, only an estimated 12% of the plastics produced have been incinerated, and only about 9% have been recycled.

The rest has been disposed in landfills or released into the environment, including the oceans.

The report further noted that mismanagement of plastic waste has led to contamination of the entire marine environment, from shorelines to the deepest ocean sediments.

UNEP estimates that approximately 8 million tonnes of plastic waste enter the oceans from rivers and land every year.

While precise estimates of inputs from sea-based activities, including fishing and aquaculture, are unavailable, UNEP said the activities are considered significant sources of marine litter and plastic pollution.

“Marine litter and plastic waste are a serious environmental problem at a global scale. They have the potential to shift the ecology of marine systems dramatically.”

The report noted that microplastics could have physical and chemical effects on animals.

According to the report, plastics release additives and break them down into micro-and nano plastics. Microplastics are released among other sources because of tyres’ abrasion on road surfaces.

From there, microplastics find their way into wastewater, for instance, due to the use of microbeads in cosmetics and personal care products, and contaminate soils.

Previously, Andersen said that with an estimated 11 million metric tons of plastic ending up in oceans each year, the figure would probably double by 2030 and nearly triple by 2040.

She observed that in 2018 alone, impacts on tourism, fisheries, and aquaculture, together with other costs such as those of clean-ups, were estimated to be at least US$6-19 billion globally.

However, Andersen said that different industries across the plastic value chain face a shifting dynamic.

“We are seeing that shareholders of companies and consumers are increasingly paying attention to the pollution challenges that may be arising from their investments and their purchasing decisions.”

Andersen, however, warned that it was impossible to put the brakes on action to address plastic pollution.

She added that the issue was such a big challenge and urged to come at it through different tracks.

“All are converging on the same road – towards altering our relationship with plastics, therefore benefitting the natural world, in particular, our oceans and water bodies, and human health.”