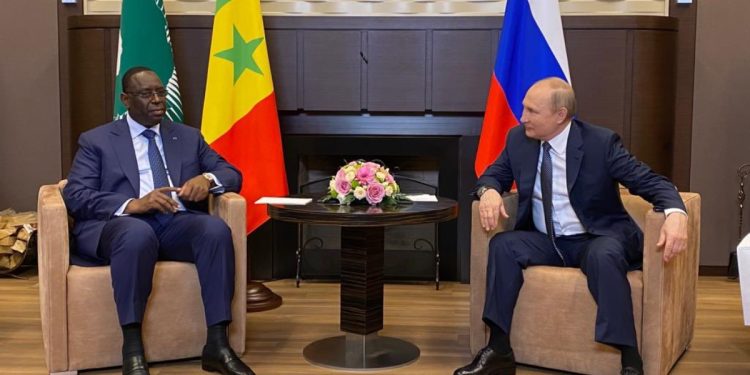 US warns Africa against wheat from Russia amid worsening drought

The US government sent out a warning against 14 countries, mainly from Africa, against buying grains from Russia on grounds that they had been stolen from Ukraine

As millions of Africans continue to face severe drought that has been exacerbated by the rising food prices, Russia is making a bold move that the US government has been quick to condemn.

The US government sent out a warning against 14 countries, mainly from Africa, against buying grains from Russia on grounds that they had been stolen from Ukraine. Russia launched a full assault on Ukraine, its southwest neighbour, on February 24, 2022, marking a significant escalation in the ongoing Russian-Ukrainian conflict.

The New York Times reported that the US has warned that Russia is trying to benefit from the stolen grains to sell to African countries, most of which are facing drought.

Washington backed claims by Ukraine, which accused Russia of stealing over 500,000 tons of wheat, estimated to cost over $100 million since the start of the war.

According to the news portal, this leaves African countries in a dilemma.

“The American alert about the grain has only sharpened the dilemma for African countries, many already feeling trapped between East and West, as they potentially face a hard choice between, on the one hand, benefiting from possible war crimes and displeasing a powerful Western ally, and on the other, refusing cheap food at a time when wheat prices are soaring, and hundreds of thousands of people are starving,” the portal noted.

Data by the United Nations indicate that Russia and Ukraine supply about 40 per cent of the wheat consumed in the continent.

However, the war has complicated logistics, with wheat prices rising by 23 per cent since 2021.

A separate finding by Human Rights Watch recently revealed that Russia’s invasion of Ukraine had worsened the food security crisis in many African countries.

According to the finding, many countries in East, West, Middle, and Southern Africa rely on Russia and Ukraine for a significant percentage of their wheat, fertiliser, or vegetable oils imports. Still, the war disrupts global commodity markets and trade flows to Africa, increasing already high food prices in the region.

Even countries that import little from the two countries are indirectly affected by higher world prices for key commodities.

The humanitarian group cautioned governments and donors to ensure affordable food access in Africa by scaling up economic and emergency assistance and social protection efforts and noted that millions of people across the African continent might experience hunger.

Commenting on the finding, Lena Simet, senior researcher on poverty and inequality at Human Rights Watch, said many countries in Africa were already in a food crisis.

“Rising prices are compounding the plight of millions of people thrown into poverty by the Covid-19 pandemic, requiring urgent action by governments and the international community.”

The organisation further noted that before the war in Ukraine, countries in East, West, Middle, and Southern Africa, including Angola, Cameroon, Kenya, and Nigeria, were already grappling with soaring food prices.

According to the finding, the situation was attributed to extreme climate and weather events such as floods, landslides, droughts, and the COVID-19 pandemic, which disrupted production efforts and global supply chains. Since Russia’s invasion, global food prices have reached new heights.

The United Nations Food and Agriculture Organization’s (FAO) Food Price Index, a measure of the monthly change in international prices of a basket of food commodities, increased 12.6 per cent from February to March. The March index is the highest since the measure was created in the 1990s.

Russia and Ukraine are among the top five global exporters of barley, sunflowers, and maise and account for about a third of the world’s wheat exports.

The UN World Food Programme (WFP) buys half of the wheat it distributes worldwide from Ukraine. With the war, supplies are squeezed, and prices rise, including fuel, increasing the cost of transporting food in and to the region.

Data by the United Nations indicate that drought has left 17 million people hungry, mostly in parts of Somalia, Ethiopia and Kenya and adds that more than 200,000 people in Somalia are on the brink of famine.

The warning by the US comes days after the head of the African Union, President Macky Sall of Senegal, met with Russian President Vladimir V. Putin, in an effort to secure grain supplies from the country.

The two presidents met on Friday in a meeting that was also attended by African Union Commission chairperson Moussa Faki Mahamat, who said on Twitter that the leaders called for the suspension of Western-imposed sanctions on Russia to allow the export of grains he said were needed to mitigate a growing food and energy crisis.

Tanzania: 2022 Foreign Exchange Regulations and what it means for traders, investors in EAC