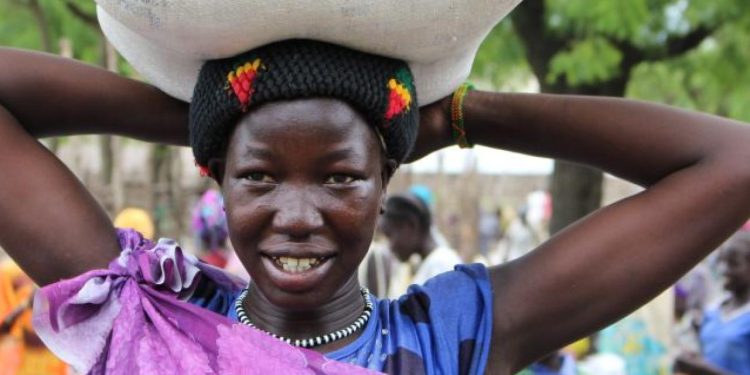 Nearly 20 million people in Sudan will likely be categorised as suffering from emergency or crisis levels of acute food insecurity double.

Sudan’s food security is at stake and has been running short since 2020.

Both international entities, World Food Programme and Food and Agriculture organisation have found Sudan’s food insecurity to be a serious concern.

As much as nations enforce measures to curb economic and welfare challenges, a country like Sudan can’t afford to be unstable and food insecure at the same time.

Sudan food insecurity has become a common phenomenon. Nearly half of Sudan’s population will face hunger this year as the impacts of October 2021 civil unrest and the current war in Ukraine places massive pressure on the unstable developing nation.

According to information from Bloomberg News, about 20 million people will likely be classed as suffering from emergency or crisis levels of acute food insecurity double.

The irony at the table is that both nations have faced political instability limiting smooth access to execute their fair share of international trade.

Russia and Ukraine supply nearly 87 per cent of wheat to Sudan, facing severe food security issues for more than a decade.

Sudan has gone through a series of hardships that are crippling its economic and welfare systems.

For instance, the COVID-19 restrictions exacerbated the macroeconomic crisis and reduced income-earning opportunities for poor urban and peri-urban households dependent on wage labour and petty trade

According to United Nations, one in three Sudanese is already in need of humanitarian aid at the same inflation continues to hurt the nation’s economy, surging towards 260 percent.

“The currency has inexorably fallen, and the price of bread has risen tenfold since the October military coup”, Africa News publication reported.

Further, a good stream of essential international political and social support stopped since the coup.

This political situation has even placed more pressure on the unstable nation struggling to keep peace and food in its population’s mouths.

“The Sudanese state lost 40 percent of its revenue as the World Bank suspended two billion dollars in aid and the United States, 700 million,” African News noted.

Over the funnel of time, Sudan has gone through a series of food insecurity in the past five years. In 2019, Sudan faced a terrible economic crisis which brought high inflation and rising prices for essential items such as food, medicine and other commodities.

As the country keeps facing unfavourable and devastating political instability events, the state of the economy continues to deteriorate.

Last year, the country raised spending by about 60 per cent, which is equivalent to $18.6 billion as the transitional government aimed at revamping the hurt economy to growth.

Earlier this month, Reuters reported that exports have slowed down (more than 85 percent, which is $43 million) due to uncertainty and political blockades, whereby the government has raised taxes for goods and services.

On March 7, Bloomberg News reported that the Sudanese pound plunged by 15 percent after the central bank commented on unifying the nation’s exchange rates and allowing the currency to float.

The African Development Bank (AfDB) projected that Sudan’s economy would remain in recession in 2021 but return to modest growth in 2022.

The food security situation is critical and demands international attention–which is lagging. According to Africa News, at least 400,000 tonnes of wheat won’t be sent to Sudan by the USA as promised in 2022.

The devastating impacts of civil conflicts, insecurity, drought have crippled Sudan’s food systems. The latter is responsible for displacing at least 1.9 million people across Sudan (UN).

The recent situation report by Reliefweb on Sudan food security reinforces the current trend of concern.

“Between February and May 2022, most of Sudan will face stressed acute food insecurity outcomes due to low purchasing power, while the conflict-affected areas will likely be in crisis due to the impact of conflict, poor purchasing power, above-average staple food prices and below-average rangeland resources,” Reliefweb report noted.

The report brings numbers to the table and exposes the grave situation if the Russia-Ukraine war persists for a while.

The 2021/2022 primary agricultural season is significantly below average. Cereal production is expected to hit at 7.23 million metric tons, 19 per cent below last year’s harvest.

On the other side of the coin, the Russian invasion into Ukraine prompts a severe analysis of Africa’s food security systems as a continent.

Numbers show most of Africa rely on Ukraine and Russia wheat – importing $3.7 billion worth of wheat between 2018 -2020.

It is time for African nations with arable lands, technological know-how and access to markets to expand their farming horizon and cater for the region’s starving communities.

Africa has plenty of arable lands, which is more than enough to provide for troubled economies such as Sudan. Relying on foreign countries millions of miles away puts countries in jeopardy in times of need.