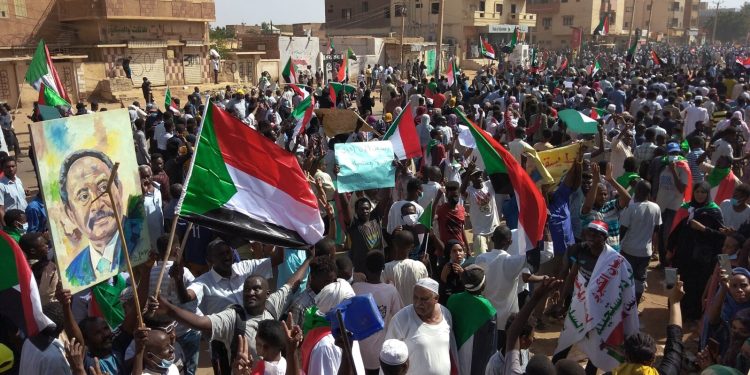 With over 5 billion barrels of proven oil reserves, Sudan isone of the world's oil rich countries.

Weeks of demonstration and 5 months into an attempted military coupe Sudan’s Prime Minister Abdalla Hamdok has given in and walked out of office, leaving the country under complete military rule.

Sudan’s capital Khartoum has been under siege, first from the military invasion that robbed the country of the coveted civilian democratic rule. Then the demonstrators took to the streets, thousands upon thousands.

For weeks on end now “power to the people” they chanted, demanding an end to the proposed shared government. In the grim scenario, the military forces responded aggressively, leaving at least two dead in the latest clashes.

Even with the fatalities, the demonstrators got what they wanted, in part at least. The accused ‘military puppet’ has left office, but with his resignation the country is now fully under the army, the people have absolutely lost any chance of a civilian government, shared or not.

While the people may have seen Hamdok as a pawn working for or with the military,  the international community view the ousted Prime Minister as an economist and respected former United Nations official.

From the look of things, the country is slowly but surely, backsliding into its only recently ended authoritarian rule. Only three years ago, similar demonstrations led to the overthrow of the country’s long-term alleged dictator President Omar al-Bashir. However, the socio-economic woes that led to his ousting are already stinking from the shallow graves of the last dictatorship.

The overthrown Prime Minister Hamdok came into power last year after the popular vote but the military took charge in October barely months after he had entered office. A month later, after the coup d’état, the military reinstated him and demanded a shared government, the public took to the streets.

When he came into power, he managed to negotiate what he thought was a good deal but the public felt differently and protests sparked. The economic diplomat managed to scrap off some of the country’s debts but in so doing, ignited inflation on basic goods, like bread and fuel.

By cutting off the debts, the country lost fuel subsidies and that led to sharp inflation that in turn un-earthed anti-government protests. The celebrated former UN official found himself on the relieving end of criticism, the military saw an opportunity and in October last year seized the opportunity.

Even as you read this article, most bakeries across the country and in most parts of the capital Khartoum, have increased the price of bread not two times, or five times or even ten times, almost overnight, the price of bread in Sudan skyrocketed by a shocking 50 times.

You can’t blame the bakeries, blame the raw material traders, flour prices are up as are the prices of cooking oil, gas, charcoal etc Life in Sudan has become unbearably expensive.

Local media is awash with reports of soaring prices ranging from transportation to household basics. Everything is up sugar, oil, flour, meat and to make matters worse, the country, which is mostly Muslim, is about to enter into the Holy month of fasting, the month of Ramadan.

With rising prices, come rising socio unrest, protests are increasing every waking day, “no negotiation, no partnership, no legitimacy” the people declare. Be it as it may, the people of oil-rich Sudan can no longer afford the price of bread.

Oh yes, it seems to escape every media agency’s coverage of Sudan the simple fact that, Sudan, Africa’s second-largest country is also one of the world’s richest oil countries.

Also Read: The pandemic has stress-tested our food systems, with many set to fail

Oil Curse Abyss: Who is benefiting from Sudan’s oil reserves?

Here, on the Horn of Africa, lie vast reserves of black gold wealth that has enriched the Arabian peninsula turning vast desert lands into an oasis of lavish green wealth. No other place on earth boasts of more luxurious hospitality industry, robust economies, most exquisite skyscrapers, highest per capita rates than Dubai, the United Arab Emirates and Saudi Arabia.

With over 5 billion barrels of proven oil reserves (as of 2016) that should be the story of Sudan, a story of wealth, not poverty, a story of prominence, not conflict, but the opposite is true.

Even though Sudan ranks an impressive 23rd in the world’s list of oil-rich countries and accounts for about 0.3% of the world’s total oil reserves, the country continues to squirm in abject poverty.

“The oil story in Sudan is one of controversy, a messy tale of money, conflict and power enmeshed in the country’s decades-long conflict,” writes Elzahra Jadallah in an article titled ‘The Dark Side of Sudan’s Oil.’

There are at least five major oil drilling and processing sites in the country and these are the epicentres of conflict both within Sudan and the seceded South Sudan. Since Sudan controls the only pipeline that both nations use to transport their oil, the two sides are forced into shaky negotiations.

However, with the rise of new conflict, any steps towards peace seem to wash away with the sand as the wind of dispute blows across the vast dry deserts of the two countries.

Across both countries, displacement of civilians, death and property destruction are worsening human rights issues.

“The government is directly responsible for this forced displacement, which it has undertaken to provide security to the operations of its partners, the international and mostly foreign state-owned oil companies,” alleges a paper by the Human Rights watch Organisation.

It is alleged that the displaced people are moved forcefully to make way for oil pipelines and other related extraction works. The oil investment in the country is reported to be non-transparent and the people are not involved in any of the negotiations.

Unlike Saudi Arabia and the United Arab Emirates where natives of oil field areas now prosper tremendously from the oil finds, in Sudan, natives like the Nuer and Dinka, the two largest ethnic groups in the south, have gained nothing, on the contrary, for decades now, they have borne the brunt of the war for oil right control, all the while the world watches and we consume products produced in furnaces fueled by Sudanese oil. 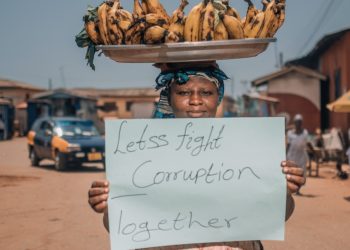