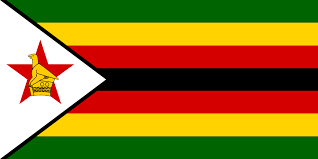 A peek into Zimbabwe’s inflation abyss

by Giza Mdoe
in Uncategorized
0
Share on FacebookShare on LinkedIn

Zimbabwe is on the verge of another economic crump that is bound to be far worse than what it has been suffering for the last decade.

Already, the nation has been on an indefinite national lockdown for the third month running, and now, the pandemic is really taking a dire toll on the economy. Well, it is not the coronovirus effect that is bound to doom Zimbabwe into an economic crunch (yet again) rather, it is the country’s tendency to simply print money whenever it deems fit; if only life were so easy!

Zimbabwe, like all other countries is looking to cushion its business sector from the coronavirus crunch. However, the way Zimbabwe is looking to fund its proposed ZW$18 Billion stimulus package is if anything, questionable, if not downright unadvisable, or to be blunt, shall we just o ahead and call it, rudimentary.

Well how else would you describe a plan that involves printing money that is not backed with any value, I mean, what is the worth of that money? The plan defies the very definition of money; anything with value and generally accepted as a means of exchange.

Also Read: Zimbabweans to pay more for electricity as tariff soars by 19 per cent

Already the Zimbabwean dollar is suffering huge inflation that currently hovers at more than 670% and is expected to soar to over 1000% by the end of the year!

Zimbabwe is not new to this inflationary self inflicted curse, in fact it seems to be the country’s fated drug of choice. The most recent dose been in 2008 when the government minted out money that barely had the value of the paper it was printed on. The country suffered ‘outstanding’ hyperinflation that rendered the Zim-dollar useless and the country was forced to start using other currencies.

Now, it is feared that the country may take the same fateful course of action, mint millions of the Zim-dollar to use as a stimulus package, a move that would plummet it only deeper into the economic abyss it is already at risk of falling in.

I stand corrected but I believe it is Albert Einstein who said: Insanity is doing the same thing and expecting different results.

In an attempt to save the country from itself, Zimbabwe’s Ministry of Industry and Commerce, warned its government that “…funding the rescue package through printing of money will be more harmful to the economy than the impact of Covid-19.”

“It is our belief that the funds will be easily accessible with no need to resort to printing since the negative impact of printing money can be worse than the effect of Covid 19,” the ZNCC said in its submission.

What the ministry was referring to by “the funds will be easily accessible” is probably the USD14 million available to it from the African Development Bank’s deep pocketed fund the AfDB along with more funding due from the Afreximbank.