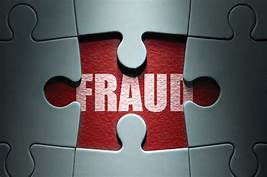 A Zimbabwean public service officer, the former Chief Executive Officer of the Zimbabwe National Road Administration (Zinara) is allegedly involved in a graft cases that has cost the agency losses in excess of USD40 million.

Mr Frank Chitukutuku, the accused official, is facing  a list of economic sabotage cases all surrounding what local media is calling ‘dubious payments’ for supposed public works.  The list of irregularities is long, from payments for substandard work to over payment for projects without the agency’s board ever approving.

There are also issues of flouting tender procedures, hand-picking firms, payment for incomplete work and the bias awarding of projects in favour of companies that he has interest in or belonging to individuals in his favour.

Zimbabwe’s Parliamentary Portfolio Committee on Transport and Infrastructural Development deliberated the matter in detail earlier this month and resolved to fire the CEO while legal proceedings are underway.

Among the evidence provided to the Committee includes information from the Transport and Infrastructural Development Committee which gave a list of approved and funded projects that are either incomplete or poorly done or overpaid.

“These contractors were either overpaid or paid for incomplete work or sub-standard work and in some instances, even paid for no work at all,” the Committee was informed.

An example of an overpaid company was Badon Enterprises, which is reported to have been paid USD9 million for two projects which were however never fully executed at all.

Another company is Twalumba Associates which was accused of siphoning USD11.8 million that was meant to be payment for construction works in nine different road projects but the roads were never done. According to local media in the country, other companies included in the fraud allegations include but are not limited to Transter, Bermingpools, Arcttechards, and Notify.

The lawmakers decried these actions as unbecoming of a public officer who has been sworn to serve the people. This brought the matter of regulations of the powers of a CEO to the table with many MPs saying no one person should have such powers in any organization.

The MPs pointed out that the agency board is the only one with the mandate to authorize any procurement and it is also responsible to regulate all management operations with the agency.

The Committee maintained that even in some cases where the work was done satisfactorily done however there was never any board approval for their contracts. The accused former CEO is yet to stand before the Committee to give his account pending criminal proceedings.

Central Bank cuts base lending rate to 9.50 per cent