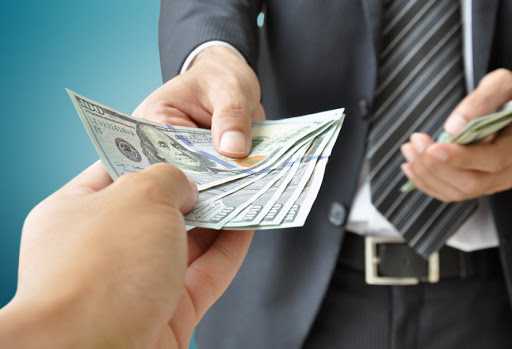 World Bank’s (WB) research on development economics which is focused on identifying successful development polices, has captured various significant insights in the world of development economics, and payment of health and education providers was in it, thus—there are crucial things to rethink to enhance the delivery of quality services.

According to the bank’s research, service providers—schoolteachers and health workers, in particular, are influenced by the payment incentives which dictate high-quality services. But how much they are paid also matters.

Taking the youngest continent in the globe into the context, Africa, of which its average real ages increased by 20 per cent between 2006 and 2017, supported by labour productivity gains, stand to benefit from revised payment schedules, as described by the bank.

Fee-for-service is the first schedule of payment, that health workers and schoolteachers tend to get paid on, according to the specific services they provide.

WB argues that this approach is quite common in health. This model incentivizes the provision of services, and if the payer can observe the quality, it may also encourage the provision of quality services.

However, it also incentivizes the provision of unnecessary services in environments where it is hard for the payer to establish whether the marginal service is necessary. Fee-for-service also encourages providers to “upcode” which means that– providers could pretend the service was more complex than it really was.

Capitation is the second approach of payment, which occurs according to the number and characteristics of the people they serve.

In this approach, the bank argues on both ends—school ad hospital settings.

However, capitation encourages providers to list more people as being served but disincentivizes delivering services to them – since providers get the capitation payment anyway. It also discourages providers from taking on hard-to-serve groups, e.g. very old people or students with learning difficulties, and to take lightly on assuring quality is achieved.

Budget and Salary—another mode of payment which falls under the service provider own characteristics.

World Bank’s research argued for the approach referring to school and hospital scenarios whereby, a doctor or a teacher could get a salary, linked perhaps to their seniority.

In a hospital, a budget could be provided linked perhaps to the number of beds it has or the number of operating rooms. And also, a school could get a budget based on the number of classrooms it has. But salaries and budgets fail to reward effort.

In relation to the three payment approaches, the bank’s resolution to the context is based on how the world could swap the approaches. WB noted that sticking with the same payment method and simply making it more generous is not the answer.

A study of public-sector health providers in India found that the size of the provider’s salary made no difference to the quality of their performance. This is consistent with an experiment in Indonesia where teachers’ salaries were doubled with no impact on student learning.

Some countries have decided to switch between these three approaches. During the 1990s and early 2000s, countries in Europe and Central Asia (ECA) moved from paying hospitals through budgets to either fee-for-service or some form of the method based on patient characteristics.

A more sophisticated approach has been to search for a blend of one or more of the payment methods in the hope of encouraging providers to deliver only necessary quality services.

“In health, getting the right formula in blended schemes has proved a challenge – in both developed and developing countries. So too has setting up the necessary additional administrative machinery, making some ask whether the extra benefits are worth the extra cost,” WB argues.

In that context, a 2019 report by ILO named Wages in Africa, connotates the argument on having a blend of one or more payments methods, but falls to rest, when economic forces don’t favour the approach.

“As wages result from a process of remuneration of the factors of production, the trend in labour productivity, determined by the joint evolution of gross domestic product (GDP) and employment, is one of the main elements that can help to explain the observed evolution of wages,” the report argues

Regardless of the scenarios argued by this report and many others to come, the youngest continent ought to sieve the best lessons from such research findings.

On top of that, In China, where primary health providers have traditionally been paid fee-for-service, the concern has been over-provision of care, especially of drugs and tests which were priced above cost in the government-set fee schedule.

Recently the largest industrial-economy country has explored alternative payment methods. In one experiment, one group of health centers was left being paid fee-for-service while the other group was switched to a mix of capitated global budget and performance-related payments based on the appropriateness of drug prescribing and patient satisfaction.

However, an increasingly common hybrid approach in budget and salary systems is to add a pay-for-performance element to the payment system. In education, schools and individual teachers might receive additional payments linked to student learning outcomes.

All three basic schemes have advantages and disadvantages. Blending elements from one or more holds promise but getting the design and implementation of a blended provider payment scheme right is not straightforward.