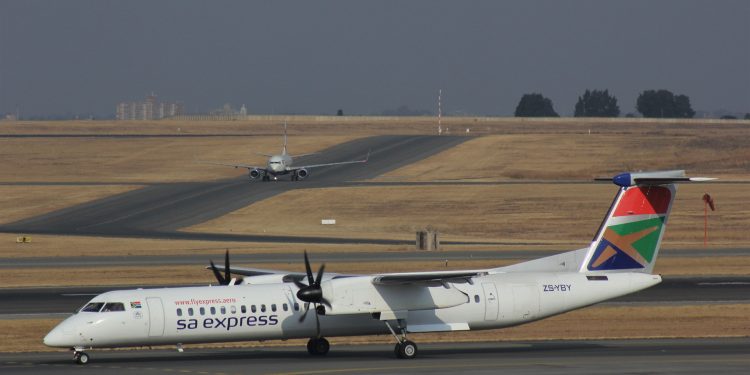 According to the International Air Transport Association (IATA), the African airlines could lose $6 billion of passenger revenue in 2020 compared to 2019.

The fresh plan has received mixed feelings as Public Enterprises Minister Pravin Gordhan powerfully disapproved to that plan, and announced his ambitions for the creation of a new airline at the start of the month.

While on Sunday, President Cyril Ramaphosa restated the government’s purpose to revive SAA, according to information from Bloomberg News.

As the Ethiopian Airlines CEO Tewolde Gebremariam assures the world of a decent return for African planes, “here in Africa we expect to be slightly faster in recovery,” Gebremariam said in an interview with Bloomberg, SAA administrators eye a massive return.

According to information from Bloomberg News, the plan includes about 977 million rands that will go toward repaying South African Airways creditors, the bulk of which was allocated by the National Treasury earlier this year.

Also, Bloomberg News highlighted that the proposal indicated a further 230 million rand is needed for retrenchments and working capital.

As the most industrialized economy in the continent, loosens its lockdown from Monday, moving to alert level 3 from level 4, allowing businesses to reopen and nearly 8 million people to resume work, the trade balance swung to a record deficit in April, as exports took a nose dive to 55 per cent down.

According to the spokeswoman for the SAA administrators the proposal “is for discussion purposes only and we await comment from the affected persons,” and the team has until June 8 to finalize a rescue proposal.

Also, according to Bloomberg News, nothing has been agreed by South Africa’s Public Enterprises Ministry as the plan has not been discussed—the ministry is also responsible for SAA.

Previously operating under stress, even shedding local routes, to a single Johannesburg-Cape Town route, the proposal could forge a truce between the government and SAA’s business-rescue team over the airline’s future, according to Bloomberg News.

According to International Air Transport Association (IATA) April 23 forecast on South Africa virus repercussion, the carrier would experience 14.5 million fewer passengers resulting in a US$3.02 billion revenue loss, risking 252,100 jobs and US$5.1 billion in contribution to South Africa’s economy.

However, Bloomberg News reported that the administrators had identified two potential strategic investment partners before the pandemic hurting the global aviation industry.

Further, according to the draft plan third company had shown an interest in allying. Hence–all talks are on hold while the industry recovers.

The African aviation landscape lost nearly $6 billion in ticket sales in 2020 due to the virus, hence—the continents iconic airline has a challenging task to revive operations even post-COVID-19.

READ:ANC: $20.5 billion worth of projects to lift South Africa’s economy