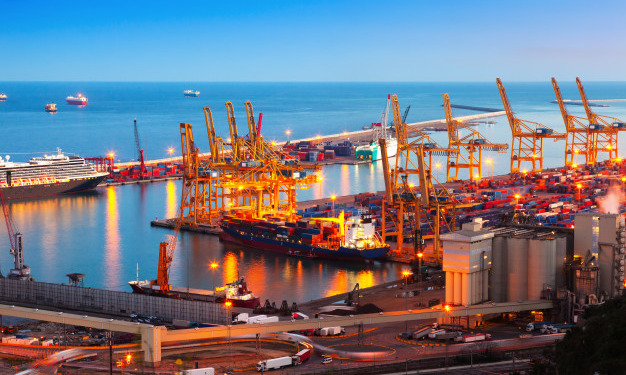 According to the report Uganda’s PMI rose to 57.8 in April 2021 from 53.2 in March which reflected a monthly improvement in conditions.

In April, the private sector in Uganda continued to recover with employment, purchasing orders and business conditions consistently improving since February this year.

This is according to a monthly report sponsored by Stanbic Bank and produced by IHS Markit dubbed ‘Stanbic Purchasing Managers’ Index (PMI)’.

According to the report Uganda’s PMI rose to 57.8 in April 2021 from 53.2 in March which reflected a monthly improvement in conditions.

“Firms posted an increment in new orders and output across each of the five broad sectors thereby extending the current sequence of expansion and growth at the start of the second quarter which is an indication that Uganda’s economy is stabling. A number of respondents indicated that they had secured new customers during the month.” Said Ronald Muyanja, the Head of Trading, Stanbic Bank Uganda.

Purchasing activities in Uganda increased which led to a rise in stocks of inputs, the report noted.

85 per cent of the respondent predicted a rise in output in 2022 while in 2021 there are expectations of further improvements in economic conditions and new order inflows which gives a positive 12-month outlook for business activities in Uganda.

Muyanja noted that sectors such as service, agriculture, wholesale and retail and construction recorded high levels of employment in three consecutive months since February. This was supported by the increase in business activities and new orders which led to more customer demand.

Wages and salaries which had fallen in March increased in April as companies added more employees.

“The work backlogs decreased during the course of the month. Anecdotal evidence suggested that capacity was generally sufficient to keep on top of workloads in spite of recent gains in new business, with firms taking on extra staff where necessary.” Muyanja added.

The current sequence of inflation to eleven months extended as higher purchases increased with prices of raw materials like paper and stationery, electricity, cement, growing staff costs and fuel charges recording an increment.

According to the report, firms in Uganda expects output to continue to expand as well as improvements in economic conditions and new orders during the year.

As the pandemic continues to impact international demands, businesses in Uganda posted an increase in new orders while new businesses from abroad fell.

In September 2020, Stanbic Purchase Managers Index (PMI) posted 54.6 up from 50.3 in July, the highest since February, just before the first case was reported in Uganda. The report showed a positive threshold of 50.0 and substantially higher than the 46.5 reported in June.

The steady improvement was attributed to few restrictions on business activities compared to the previous months according to Kenneth Kitungulu, the Head Global Markets at Stanbic Bank Uganda.

“The survey findings not only showed improvement in general private sector activity but also recorded growth across all the five sectors that are normally monitored. Rising new orders encouraged companies to expand their staffing levels and purchasing activity midway through the third quarter, in both cases for the first time in six months. The increase in employment was recorded in spite of some firms indicating that the Covid-19 downturn had left residual spare capacity at their units, thereby reducing the need for additional staff,” said Kitungulu.

The Purchasing Manager Index (PMI) is a composite index, calculated as a weighted average of five individual sub-components: Output at 25 per cent; Employment at 20 per cent; New Orders at 30 per cent; Suppliers’; Delivery Times at 15 per cent and Stocks of Purchases at 10 per cent.

According to the African development bank outlook 2021, a pick up in the global economy could boost Uganda’s exports and if the containment measures are less strict, household consumption would recover. It noted that the rise in demand is already improving business activity which is evident in the rise in the Purchasing Managers Index to above 50 which is the threshold for improving business activity.

AFDB noted that in 2021 construction, manufacturing, retail and wholesale trade will rebound though they are likely to remain below pre-covid-19 levels while tourism will remain subdued.

Gross financing needs are projected to reach 11.4 per cent of GDP ratio in 2021, the bank noted.

Also Read: Rise of Cost of living in East Africa as taxes increase