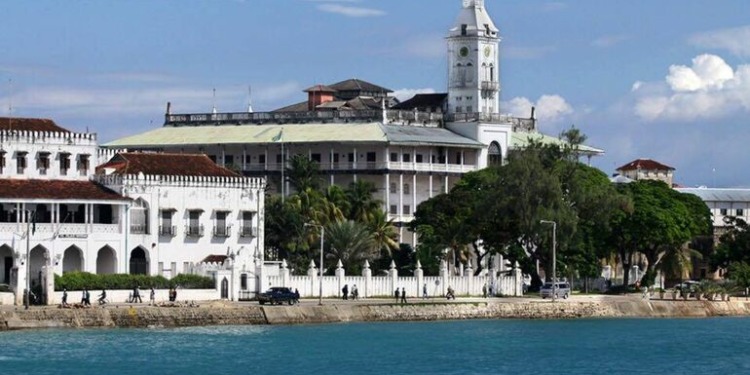 Zanzibar is a semi-autonomous region of the United Republic of Tanzania, made up of two main isles Unguja and Pemba. There more than 1.7 million people in the archipelago.

The isles are mainly known for their exotic tourism landscapes and agricultural exports particularly spices.

However, the office of the Chief Government Statistician Zanzibar (OCGS) published an interesting consumer price index for April 2021. The report showed that Zanzibar annual headline inflation rate for the year ended April 2021, increased to 1.9 per cent compared to 1.5 per cent for the year ended March 2021.

According to the report, during March 2021, annual headline inflation declined to 1.5 per cent from 5 per cent in March 2020. The report deliberately outlined that, the rate was rather higher than 0.7 per cent in February 2021.

“The decrease was attributed to a slowdown in the prices of cement, maize flour, Mbeya rice and petroleum products.4 Month-to-month headline inflation slowed down to 0.1 per cent in March 2021 from 1.0 per cent in February 2021. In the corresponding period, the rate was -0.7 per cent,” the central bank report said in part. 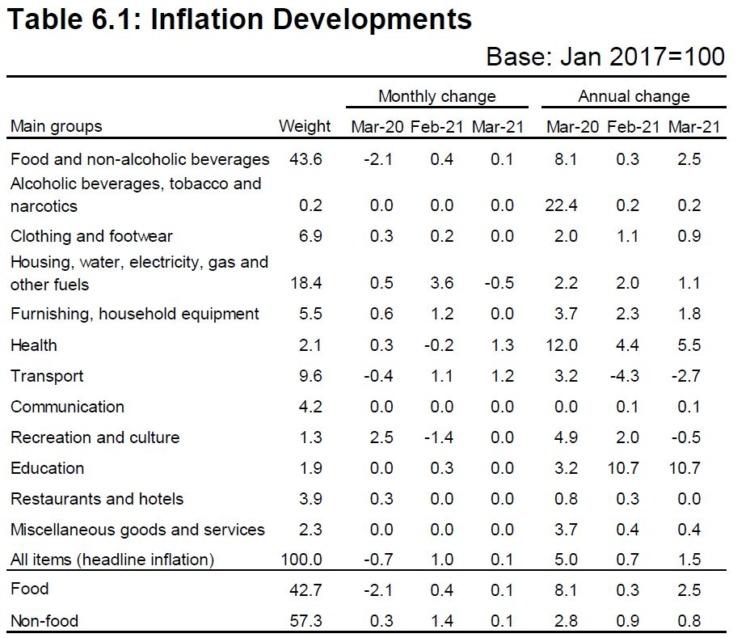 The revolutionary government of Zanzibar which is also battling coronavirus (COVID-19) pandemic economic shocks had interesting revenue performance, which was “a notable improvement over the recent months”, according to the report.

Further, the monthly economic review depicted that, the above improvement was steered by the increase in activities in the tourist industry (major forex earning sector in the archipelago) as well as government measures targeted at improving revenue collection, such as improving the management of Zanzibar Ports Corporation.

The report went further and showed that government expenditure was more than $27 million, of which recurrent expenditure stood at around $ 23 million and $4.1 million was expenditure on development projects.

This section of the economy portrayed less exciting performance according to the report, exports of goods and services decreased to $168.4 million from $238.2 million in the year ending March 2020, fueled by the decrease in cloves exports and tourism receipts.

As cloves are the signature export items from the archipelago, the report argued that export earnings from cloves decreased to $1.8 million from $19.1 million in the year ending March 2020, on account of low global demand.

This section of the economic performance was also painted to be less interesting by the report. According to Statista data, the archipelago balance of trade stands at $-305 million and it has two main imports consumer goods and machinery.

The report noted that the value of imports of goods and services was recorded at $434 million in the year ending March 2021, which the review argued to be higher than $399.3 million in the corresponding period in 2020.

READ:What bank of Tanzania report says about the economy?

Tanzania central bank report on the state of the economy

Rise of Cost of living in East Africa as taxes increase