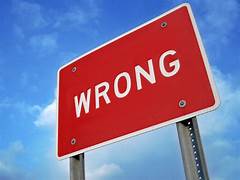 There is need for Tanzania to involve the private sector to help it fight against illegal fishing if the country is to curb the devastating economic sabotage.

The country is now grappling with illegal fishing, but with the ever depleting amount fish in Lake Victoria and other inland water masses as well, it seems to be a losing battle this far.

The already trouble sector, contributing an average of 2.2 per cent to the Gross Domestic Product (GDP) is taking more hits from illegal fishing.

So bad is the crisis that last month, while addressing the nation from the Lake City of Mwanza, the country’s President John Magufuli made a public appeal in to end the detrimental practice.

The president described illegal fishing as economic sabotage and warned that the nation is losing a vital natural resource, a key economic activity that provides daily livelihood for many and is a source of food security.

He warned of severe penal action for those caught to be undertaking the illegal practice as well as their suppliers of illegal fishing gear. Among these are small nets that catch even fishlings depleting the reproduction capacity of the lake.

The scenario is none the better in the larger Indian Ocean, Tanzania is still losing its fish, to domestic illegal fishing and international poaching. After all how else to describe a foreign vessel that sneaks into an Exclusive Economic Zone (EEZ) and illegally fishes schools of fish, young and mature, endangered and at risk species?

If you combine the two, the inland lake and open ocean water illegal fishing, you see the dilemma that a small, ill-equipped nation like Tanzania is facing. If the country is having trouble tracking and controlling small scale fishermen from using rudimentary banned fish traps, how can it hope to chase international vessels that use state of the art technology to track schools of fish and detect other oncoming vessels?

Tanzania’s coastline stretches some 1,424 kilometres from the cost city of Tanga to the furthest end in another coast town of Mtwara.

Tanzania’s waters are protected by the Deep Sea Fishing Authority Act which, on paper at least, requires foreign vessels to identify themselves and register before engaging in any fishing activities I another countries EEZ, but with the wide blue ocean sprawled in front of you, none is any the wiser, nets ahoy.

A most recent pact that Tanzania has entered into and seems to be having some positive effects is the South West Indian Ocean Fish (SWIOFish) agreement. This agreement is entered with the Fishing Department, Ministry of Agriculture, Natural Resources, Livestock and Fisheries.

A good pilot area for example is the small Islets of Pungume, a fishing camp in West B’ District Islands. Here, the SWIOFish has undertaken awareness programmes and invested in equipment including seed boats for patrol.

Tanzania has also ratified the United Nation’s Food and Agriculture Organisation (FAO) agreement to prevent and eliminate illegal and unreported fishing activities in the Indian Ocean.

The country’s Minister for Livestock and Fisheries, Mr Luhaga Mpina told parliament that “…the pact will strengthen Tanzania’s capacity in eliminating illegal harvesting of its marine resources and eventually enable it to reap more benefits from blue economy.”

Others are the United Nations Convention on the Law of the Sea (UNCLOS), the Indian Ocean Tuna Commission (IOTC) and the FAO’s Code of Conducts for Responsible Fisheries.

Over the recent past, Tanzania has mounted crackdowns on illegal fishing of its lakes including Lake Victoria, Lake Tanganyika and other inland water masses like Mtwara and Nyumba ya Mungu Dams and actually made some arrests but the problem persists.

Unfortunately there is little data made public, how much fish is been illegally fished, how much of it gets into the market and what is the financial toll of the trade etc

President Dr Magufuli did put some perspective into the matter. In his recent speech in the lake city of Mwanza, the president said the city has lost more than 11 fisheries over the span of just a few years.

The factories shut down due to low fish output of the lake and cost millions of jobs to the people. Mwanza city is just a small example of the kind of damage illegal fishing is causing to the economy.

When over 10 factories shut down because the largest lake in the world is running out of fish, then it brings to perspective the magnitude of the problem. Secondly, when the number of people losing jobs due to illegal fishing is in the millions you start to see why the president referred to the problem as economic sabotage.

Tanzania needs international assistance to address this problem, just like elephant poaching, illegal fishing needs affirmative action undertaken in a public private partnership approach. Tanzania managed to stop elephant poaching and reverse the loss (the number of elephants is now on the rise) by employing private sector contribution to the problem, the same should be done to stop the reckless depletion of fish in the country’s lakes and its ocean stretch too.