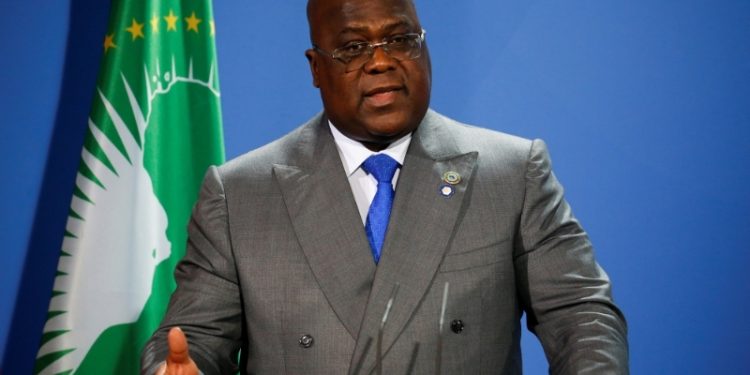 What does DR Congo bring to East Africa?

As of 8th April, 2022, the Democratic Republic of Congo (DRC) officially joined the East African Community (EAC) opening a slew of opportunities for both sides.

The Treaty of Accession was inked in Nairobi, Kenya overseeing by the then EAC Chairperson former Kenyan President Uhuru Kenyatta alongside several other Heads of State of the EAC and of course the President of DRC, H.E. Félix-Antoine Tshisekedi Tshilombo.

With the ascension, the DR Congo has up to the end of this month (29th September, 2022) to complete its internal constitutional processes to ratify the Treaty and submit to the EAC Secretary General. With only weeks to go to realize the ratification, what does the the Democratic Republic of Congo bring to the rest of the East African Community?

The need to grow inter-regional trade is at the core of the EAC integration agenda that has brought together 6 East African countries to form the single union called the East African Community (EAC). Though it is the newest member of the EAC, one of Africa’s largest trading blocs, the DR Congo is the largest of the half dozen members.

With almost 90 million people, the DR Congo offers the bloc the largest market and since the EAC pact allows for free movement of people, goods and services across the bloc, it means the tripartite organization has just acquired itself access to a humongous market.

The EAC does not only get access to the bloc’s largest market population-wise, but with the DR Congo becoming a member, it means that now the East African States can trade with the DR Congo at much lower costs than ever before.

While the rest of the EAC bloc was already enjoying these perks of a free trade zone amongst each other, they had to suffer these expenses when dealing with the DRC. However, now that the DR Congo has joined the bloc, the members now have access to trade with the DR Congo at considerably reduced costs of doing business; this also opens doors for investing in DR Congo and allows for greater trade with the country.

“The accession of DR Congo as a member state of EAC will, even more, elevate these gains and strengthen our economic muscles and competitiveness in the continent and globally,” asserted Kenya’s former president Uhuru Kenyatta the then EAC Chairperson.

“We welcome DR Congo to the Customs Union and Common Market which are the signature pillars of our Community and the foundation upon which our social, political, trade, investment and economic interests stand,” he affirmed.

Also at the core of the EAC integration process is strengthened people-to-people relations and with DR Congo joining the bloc, the people of the EAC now have 90 million brothers and sisters to mingle with.

When the free movement of people amongst the countries is at its peak, the vibrant cultural inter-change that will be brought about by the union of over 100 million people (joined EAC population) is imaginable.

The result of DR Congo opening up its borders and adding its almost 90 million people is quickly turning the EAC into more than a melting pot of tribes, ethnicities, religions and cultures, but transforming it into the continent’s and the world’s most diverse metropolitan region.

The bloc empowers East Africans to better harness their comparative strengths as nations, communities and as individuals too.

As DR Congo President Tshisekedi put it, DRC’s membership in the Community will facilitate optimization of the envisioned benefits of the bloc, especially given the region’s demographic and geostrategic positions.

While each of the EAC countries is rich with a diverse range of natural resources ranging from minerals to metal ores, gas and oil to forests and marine life, the DR Congo is exceptionally endowed. Of all the EAAC countries, the DR Congo is richest in mineral deposits particularly gold, copper and cobalt, the basis of most all modern electronics.

In fact cobalt has several diverse commercial, industrial and military applications making one of the most valuable minerals of modern times. Producing 100 000 metric tons of cobalt as of 2019, the DR Congo produces 70 percent of global cobalt production.

The rain forests of the DR Congo are home to over 600 tree species and more than 10 000 animal. In recognition of the country’s massive natural resources, which only represent a small part of an even larger expanse in the EAC as a whole.

In recognition of this immense potential and the related responsibility, speaking during the ascension signing, DRC’s President Tshisekedi called on the Summit to establish an EAC institution dedicated specifically to manage what he described as, ‘sustainable exploitation of the region’s vast natural resources.’

Owing to the importance of the DR Congo to the EAC, the Ministers of EAC Affairs and technical experts agreed to expedite DRC’s integration into the Organs of the Community particularly the Sectoral Committees on trade, industry, finance, agriculture, infrastructure, science and technology, education, international cooperation and the defense, security,.

Thanks to the speedy action, DRC’s ascension enjoys immediate removal of non-tariff barriers on the movement of capital, goods, services and people.

“Our Community is people-centred and private sector-driven. Member States of EAC remain committed to advancing and promoting the private sector’s interests as provided for under Article 127 of our Treaty,” former president Kenyatta said.

“As partners, we are committed to stimulating market development through infrastructural linkages, promoting conducive investment codes, protecting property rights and other rights, and the proper regulation of our private sector,” he went on to say.

“Towards this end, all Partner States will welcome and establish immediate linkages between our business associations and those of the DR Congo so as to further develop our trade relations,” it was resolved.

In summary, joining the EAC by the region’s largest country leads to bigger, better deals within the region, across the continent and in dealings with international organs as well. DR Congo joining the EAC means bigger markets, strategic security and larger human resource-based.

None put it in better numerical perspective like EAC’s Secretary General Hon. (Dr.) Peter Mathuki who said entry of the DR Congo into the EAC has effectively increased the region’s combined GDP by 22 per cent and the bloc’s geographical area by 79% giving it much more command both in Africa and internationally; the DR Congo makes the EAC bigger, better.