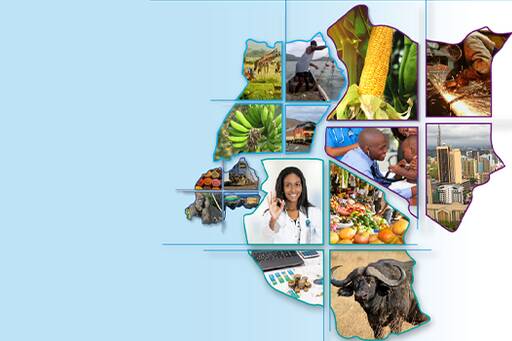 East African economies will post a GDP growth rate of 6.3 per cent while the estimated growth in North at 2.8 per cent and West Africa at 3.4 per cent.

East Africa economies are seen to outshine growth of other regional blocks this year due to the fall in the price of oil and commodities that has hit the North, Southern and western countries.

In its latest economic update, the Institute of Chartered Accountants in England and Wales (ICAEW) has projected that East African economies will post a GDP growth rate of 6.3 per cent this year.

The GDP expansion is higher than the projected estimated growth in North at 2.8 per cent and West Africa at 3.4 per cent.
Southern Africa is expected to record a slow pace of 1.3 per cent, due to the region struggles with policy uncertainty, rainfall deficit, effects of cyclones and power rationing.

The regional director for the Middle East, Asia and Africa at ICAEW, Michael Armstrong said that East African economies like Kenya and Tanzania are shielded from global shocks as they are not oil export-dependent.

The report says Mozambique, Zimbabwe and parts of Malawi suffered extensive infrastructure damage from tropical cyclone Idai and Kenneth in March and April. It swept away roads and felled power lines displacing tens of thousands of people. It also affected 2.2 million people in the Southern Africa region.

Vincent Phiri, an economist at NKC African Economics says East Africa would post even higher growth figures would it not be for the regional countries experiencing economic policy challenges in key sectors that drive growth.

For instance, at the beginning of the year, Tanzania recorded a notable decline in GDP with growth easing mainly due to weaker performances by the industrial and services sectors.

“Looking ahead, we expect GDP growth to ease from 7.0 per cent in 2018 to 6.1 per cent this year as erratic economic policies and the perceived hostility of government towards large foreign investors continues to dampen foreign investor appetite,” says Mr Phiri.

Meanwhile, East Africa’s biggest economy, Kenya, will ease slightly, though it is largely expected to hold its 2018 growth rate, due to its strong ICT, manufacturing, construction and financial services sectors.
While Uganda is expected to have a favourable economic outlook and post a GDP growth above six per cent per annum based on the development of its oil sector.

More capacity building needed in the surgery ecosystem in Africa