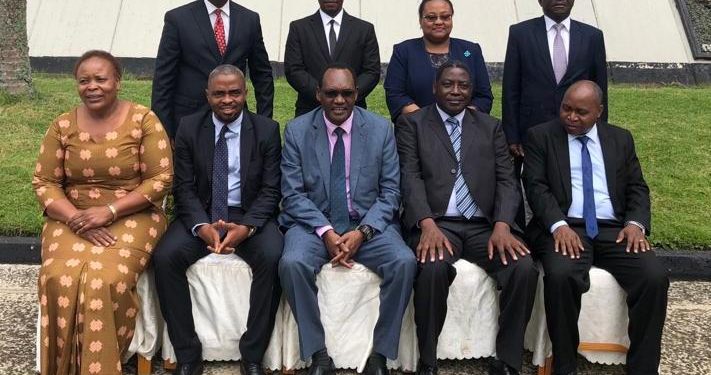 Top government officials from Kenya and Tanzania pose for a photo after conclusion of the 4th bilateral trade meeting on Non-Tariff Barriers held at the Arusha International Convention Centre, Arusha, Tanzania, between April 23-27/Courtesy

by Chacha Mwita
in East Africa, Industry and Trade
0
Share on FacebookShare on LinkedIn

After close to two years of a trade tension between Kenya and Tanzania on free market access of locally produced goods, the two neighbours have agreed to call a truce.

Back-to-back trade talks have seen the two agree to open their borders for trade while they move to jointly implement a Single Customs Territory (SCT), as agreed, to enhance the process of clearance of goods.

The SCT is a step towards a full customs union, achievable by the removal of restrictive regulations and reducing internal border controls on goods moving between partner states. The ultimate goal is the free circulation of goods.

The two East Africa Community (EAC) member states have recently been entangled in a trade raw on local content which led to a tit-for-tat ban on some commodities, imposing of duty on goods, frustration of traders and reluctance in clearing cargo at border points.

Early last year , Tanzania restricted free entry of Kenyan made confectionery products, imposing taxes on products such as chocolate, biscuits, ice cream and sweets, citing use of imported industrial sugar in manufacturing of the goods. A similar move was pulled by Uganda.

Tanzania rejected certificates of origin issued by the Kenya Revenue Authority (KRA) and opted to levy 25 per cent import duty on the Kenyan confectioneries. The certificate shows the origin of a commodity so as to determine the import duty chargeable.

The EAC common market made up of Kenya, Tanzania, Uganda, Rwanda and Burundi allows free movement of locally manufactured goods within the bloc under a comprehensive Common Market Protocol signed in 2011.

This was followed by a blanket ban on Kenyan carrots in August which according to authorities, was meant to protect local producers from competition.

“During the harvesting period carrots are imported from the neighbouring country. By the power I have been given by the President, not a single carrot will be imported into the district,” Arumeru District Commissioner Jerry Muro had said.

In a retaliation move, Kenya barred entry of Tanzanian rice into the country over claims of standards  and packaging.  It also frustrated entry of wheat from her neighbours.

At some point, consignments of beer from Tanzania were also being confiscated in Kenya mainly at border towns, escalating the trade wars.

Presidents John Magufuli and his Kenyan counterpart Uhuru Kenyatta have on several occasions called on their ministers and industry captains to resolve existing differences to allow free movement of goods and labour, while boosting trade between the two countries.

The two Presidents who met at the Namanga border on December 1, last year, where the jointly commissioned the Namanga One Stop Border Post (OSBP), also warned government officials from the two countries against corruption which was detrimental to trade.

A section of customs, immigration and security officials were accused of asking for bribes while allowing illegal businesses to thrive, with small traders being the biggest losers.

“Uhuru and I are friends, we get along well and I have many friends in Kenya. So I am asking you my Tanzanian brothers, let’s maintain our unity. This border must build our economies, benefit households both in Kenya and Tanzania,” Magufuli said during the event.

On his part, President Kenyatta sad: “We must make it easy for small traders to do business. As leaders, we must ensure our citizens do business without barriers.”

Government officials from the two countries have been engaging on trade talks accompanied by verification missions to either side.

In a week-long meeting held between April 23-27, in Arusha, Tanzania, government officials from the two countries agreed to streamline cross border trade.

“The meeting reviewed progress made in implementing decisions agreed upon during the bilateral trade meeting held in Dar es Salaam between July 3 -5 2018, and underscored the importance of ensuring they comply with the commitments made between the two countries,”  the two governments said in a joint communiqué dated April 27.

Out of the 37 NTBs reported, 19 have been resolved and the remaining 18 decisions have been made on how to resolve them, the government officials said.

The two states have agreed to fast track the process of harmonization of domestic taxes, levies and fees while they follow procedures stipulated in the EAC Customs Management Act 2004 and the Standardization, Quality Assurance, Metrology and Testings (SQMT) Act, 2016 in the inspection and clearance of goods.

They also agreed to fast track the process of verification missions recommended for confirmation of product origin as provided for in the EAC Rules of Origin.

“ It was agreed that compliance with the Rules of Origin to be upheld and preferential treatment to be accorded to products that qualify,” the joint communique states.

It was agreed that the bilateral meetings be held quarterly at the senior official’s level and bi-annually at the ministerial level.

Chiefs of Immigration from the two countries are also to convene a meeting to resolve the immigration issues between the two partner states and to come up with a monitoring and evaluation framework to measure progress of implementation of issues agreed upon.

The next meeting is set for July 2019, to be held in Mombasa, Kenya. 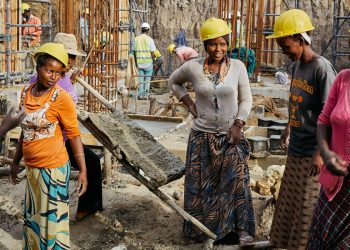 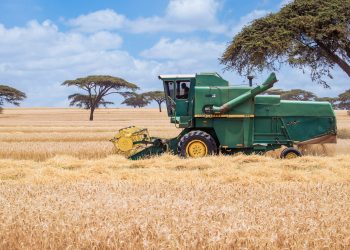 How Equity's digital shift has enhanced supreme banking for SMEs

What is hurting manufacturing in Kenya 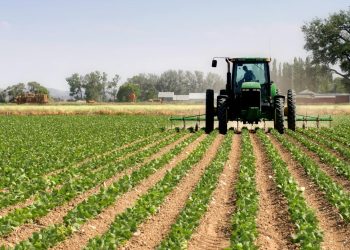