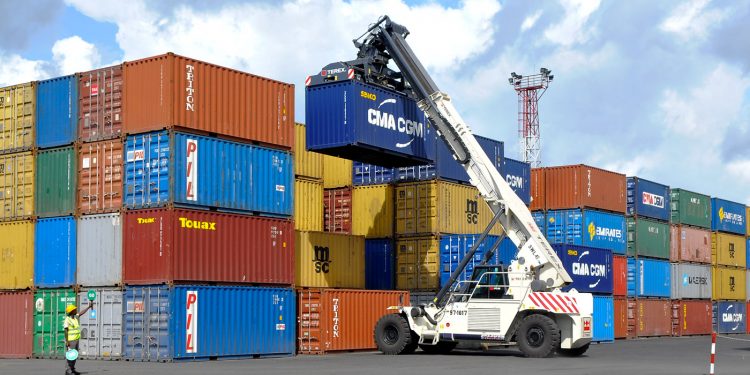 The port of Dar es Salaam is one of Africa’s most modern and busiest ports and the city’s 6 million plus occupants make it one of the most populated urban areas in the world. It is this high population that has set the country apart from its neighbours.

On the onset of the pandemic, the two countries, like all other countries in the region and elsewhere in the world, Tanzania and Kenya closed their borders, for awhile. However it soon dawned on both countries that closing their borders from each other (and their neighbours) is but a band-aid solution.

The underlying trade logistics are already so entwined that no country could do without the other, short of losing hard gained economic ground. So, no sooner than they closed their borders than the two countries were forced reopen them.

That is where the third set of complications surfaced, the first was not by any fault of the countries, the onset of the coronavirus. The second was their own doing, the closure of their borders in-line with international recommendations and the third was the lack of concerted, joint response.

It is the third complication that now has not only the two countries locking horns but the whole region grappling with the harsh realities of interdependence versus autonomy and taking isolated reactions to the pandemic.

Let’s take the case of Tanzania for instance. It is one of the continent’s fastest growing economies and the region’s second largest. This economic growth has its roots in regional trade given the fact that the country is strategically positioned to feed most all interior landlocked Africa.

The port of Dar es Salaam is one of Africa’s most modern and busiest ports and the city’s 6 million plus occupants make it one of the most populated urban areas in the world. It is this high population that has set the country apart from its neighbours.

You see, unlike the rest of the continent and most of the rest of the world too, Tanzania opted not to go on lockdown. Other than a ban on public gatherings, businesses were allowed to proceed and movement of the people was never limited.

In fact, it was left to the discretion of the businesses to decide to continue operating as usual or to close down or, figure out their own response. There was a short span in which bars, clubs and other events were put on curfew to shut down by 9 PM. That curfew was lifted as of mid May.

This government response was seen by the neighbours and the international community as lax. It did not help things when the numbers of infected persons in Dar es Salaam tripled and quadrupled reaching in excess of 16000 by early May.

Notably, it neighbours placed very strict restrictions on movement and even enforced complete lockdowns complete with military patrols and checkpoints. You could not move from one place to another without medical checks. Uganda kept its infected under a few hundred as did Kenya and Rwanda.

It is not surprising then that by early May, all the East African countries and even some SADC countries locked their borders with Tanzania. Trucks lined up for miles at all border points. Some countries wanted Tanzanian drivers to hand over the trucks to drivers of the country of destination while others placed military escort for them and their cargo to and from their destination, while others simply locked them out all together; after all, Tanzania proved to have the highest number of infected drivers of all the East African countries, in some cases even combined.

Here comes to life an old Swahili saying, “When bulls fight, it is the grass that gets hurt.”

As these two opposing government responses collide, who is really getting hurt? Yes the governments are losing taxes but it is the business community, the tax payers, that are really feeling the pinch or more accurately, suffering the punch.

Suffering right along with the businesses, or even more, is the general public who are dependent on the businesses to supply them with the everyday consumer goods and the employment to earn that daily bread.

With borders closed, the laws of economics are rendered asunder; supply is constrained for one while demand is limited for the other. Prices are soaring left to right as traders horde and as financial capacity tumbles. In Tanzania for instance, there has been no supply of sugar for almost the entirety of the month of May and where available, prizes have more than tripled, this despite government intervention.

After weeks of Kenya (and other EAC countries) closing their borders on Tanzania, Tanzania responded in kind barring Kenyan trucks from entering the country at least two strategic border posts.

Kenyan trucks were stopped from entering Tanzania at the Sirari border in Mara Region as well as the high traffic Horohoro Border that links two key port cities, Mombasa in  Kenya and Tanga in Tanzania.

Reacting to the pushback, Kenya’s High Commissioner to Tanzania, Mr Dan Kazungu, is quoted by local media taming the situation from any further escalation, “President Uhuru Kenyatta has sent me here to convey a message of peace and unity. Tanzania is more than just a neighbour to Kenya,” he told journalists in Dar es Salaam.

That was the first olive branch waved, how Tanzania will respond remains to be seen but in the interim, it is business owners and the common man that are suffering the blows as the two East African Titans muscle it out.

Also Read: Peace, food security and the pandemic in Africa

Responding to Elderly People Needs not be Philanthropic