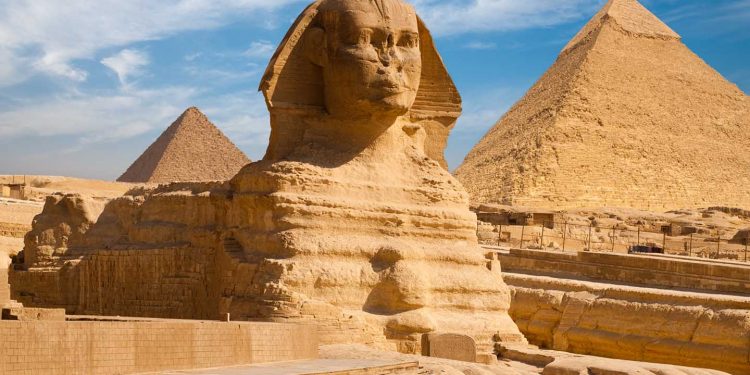 A beautiful profile of the Great Sphinx including the pyramids of Menkaure and Khafre in the background in Giza, Cairo, Egypt: World Travel Guide: Exchange

Egypt, one of Africa’s vibrant tourism destination, has recorded a 5.6 per cent Gross Domestic Product (GDP) in the past six months, to December 2019, Reuters said a government statement revealed the information.

Hence, the nation’s growth has mainly been driven by the state sector. The World Bank (WB) spotlighted the nation’s economy and noted that, on the sectoral side, gas extractives, wholesale and retail trade, real estate and construction have been the main drivers of growth.

Unemployment decreased to 7.5 per cent in the fourth quarter of FY19 (from 9.9 per cent a year earlier), although accompanied by shrinking labour force participation.

Data for the first nine months of FY19 show that this pickup is driven by net exports. Private investment is also picking up, although from a low base and with sluggish Foreign Direct Investment (FDI) mainly directed to hydrocarbons.

In addition, the African Development Bank (AfDB) economic outlook on Egypt, estimated at 5.6 per cent for 2019, is forecast to strengthen to 5.8 per cent in 2020 and 6 per cent in 2021, supported by broad-based economic reform programs since 2016.

The outlook also cited that, other factors supporting growth include the recalibration of the government’s social inclusion programs away from general subsidies on energy products to targeted transfers and improvements in the business environment.

Somaliland economic growth on the rise