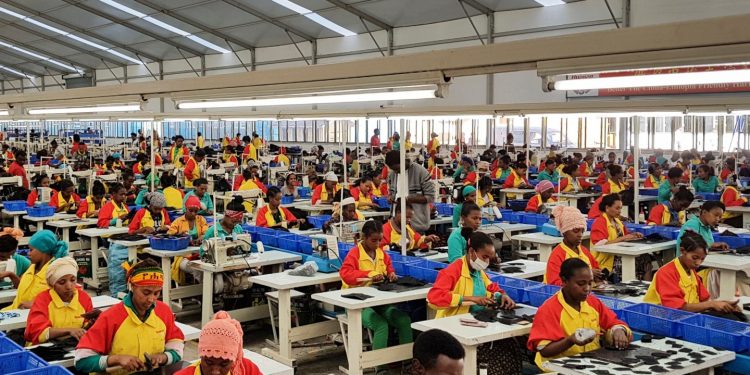 Industrial parks in Ehtiopia- The Exchange

by The Exchange
in Countries, Entrepreneurship, Ethiopia
0
Share on FacebookShare on LinkedIn

The Ethiopian Investment Commission (EIC) announced that the country earned $103 million from export generated by industrial parks. The gain is a 40 percent increment compared to last year’s performance recorded at the same period.

According to Abebe Abebayehu, Ethiopia Investment Commissioner, 70 percent of the planned earning from industrial parks during  the stated period had been accomplished. He further noted that footwear and other leather products, as well as textile and apparel have been exported to Europe, USA, Asia and other export destinations. Statistics from Food and Agricultural Organisation (FAO) ranks Ethiopia the 5th in the world and number one in Africa with the most cattle inventory.

Mr. Abebe, stating that industrial parks across the country have created employment for over 70,000 workers, said Ethiopia has been able to attract $2.5 billion foreign direct investment in the mentioned nine months.

However, the commissioner said, conflicts in different parts of Ethiopia over the past few years negatively affected the performance of the industrial parks. Special security precautions are put in place to curb any related safety and security risks, he added.

Ms. Lelise Neme, CEO of Industrial Parks Development Corporation of Ethiopia (IPDC), mandated to develop and operate wide ranges of industrial parks in the country, said that this is an exciting time for Ethiopia as it strives to be the hub of light manufacturing industries in Africa and develop world class industries.

Ethiopia’s industrialization vision, goal, strategies and programs need to be implemented in the coming years as to support the country’s progress towards becoming a middle-income country by the year 2025, added Ms. Lelise.