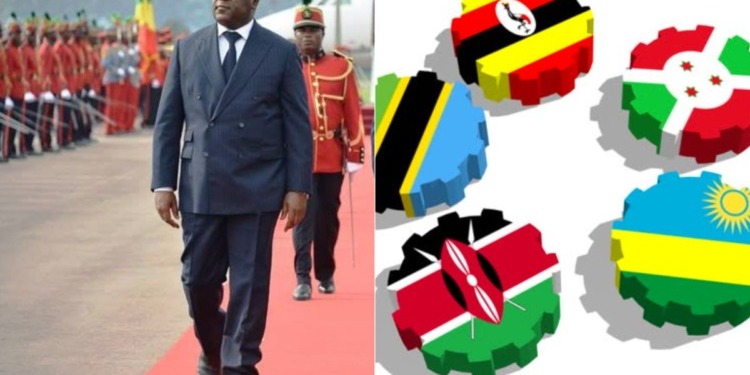 How admission of DRC to EAC will benefit the regional bloc

With DRC President Felix Tshishekedi on Friday officiating the launch of the EAC verification mission, the country is inching closer to joining the community

Will the entry of Democratic Republic of Congo (DRC) into the East Africa Community (EAC) help stabilise the political situation in the country? Well,  the country is unstable, with civil unrest in some parts, the risks which must be assessed before admitting the country into the regional bloc.

With DRC President Felix Tshishekedi on Friday officiating the launch of the EAC verification mission, the country is inching closer to joining the community.

The DRC head of state was presented with the EAC flag by the EAC Secretary-General Peter Mathuki to mark the unveiling of the mission as he launched it in Goma Eastern DRC.

President Tshishekedi hailed the progress made by the Community in its integration agenda, adding that DRC was committed to joining the EAC at the earliest opportunity.

According to a statement from EAC, the verification mission which will conclude on July 4 will assess the suitability of the DRC for admission into the regional bloc.

Mathuki disclosed that the technical team in Kinshasa would engage their DRC counterparts to ensure that the verification was finalised and a report completed in time in readiness for presentation to the Council of Ministers who would table it before the Summit of EAC Heads of State for consideration.

Mathuki said that the Heads of State would then make a decision on whether to admit DRC into the Community, adding that admission would make the DRC the 7th Partner State in the EAC.

Since coming to power in 2010, President Tshisekedi has been keen to engage the EAC leaders, despite the country being a member of the Economic Community of Central African States and the Southern African Development Community.

The entry of DRC into the regional bloc is set to bring various changes to the community.

According to the community’s Secretary-General, the entry of DRC is important since it would strengthen her historical relations with East Africa. Mathuki further noted that the admission of of DRC would boost the Community economically and geopolitically. 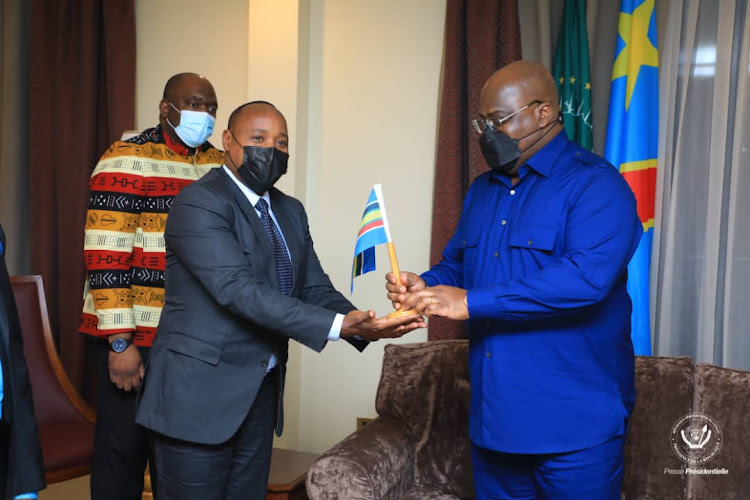 The SG went ahead to note that the people of DRC would benefit because of the free movement of people from DRC to other countries without a visa if they are fully in the EAC.

He also said that the entry of DRC into the EAC would ease the free movement of goods especially to the country’s eastern region, which relies on the Dar es Salaam and Mombasa ports for her imports and exports.

Accompanying  Mathuki to the meeting with President Tshishekedi were Rwanda’s Minister of State for EAC Affairs,  Nshuti Manasseh, the Judge President of the East African Court of Justice, Justice Nestor Kayobera, and Kenya’s Principal Secretary for EAC, Kevit Desai.

However, East Africa has a population of approximately 170 million, twice that of its Central African neighbour with 86 million people.

The Summit of EAC Heads of State at its 21st Ordinary Meeting held on February 27, 2021 considered the application by DRC to join the Community and directed the Council to expeditiously undertake a verification mission in accordance with the EAC procedure for admission of new members into the EAC and report to the 22nd Summit.

The verification team will, among other things, review the current status of the DRC in international law and establish the country’s level of conformity with the criteria for admission of foreign countries as provided in the Treaty.

The 1999 EAC Treaty gives conditions for admission including adherence to good governance, democracy, rule of law, observance of human rights and social justice, potential members’ contribution to strengthening integration; geographical proximity to and inter-dependence between it and the partners; establishment and maintenance of a market-driven economy; and social and economic policies being compatible with those of the Community.