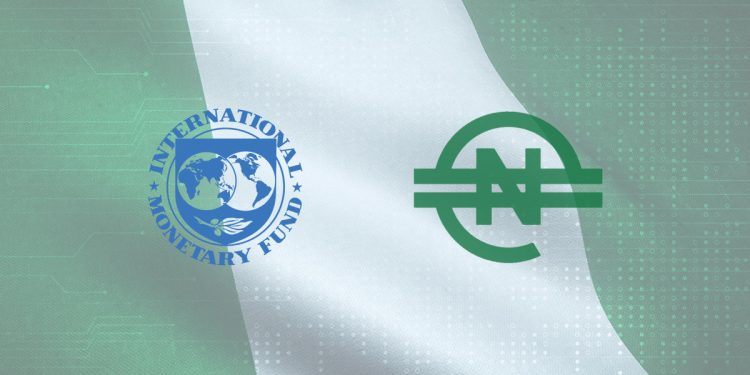 Naira, Kenya Shilling and the Rand are now being accepted in Binance, signalling a dynamic shift that once prevented African currencies from being recognized globally.

by The Exchange
in Countries, Nigeria
0
Share on FacebookShare on LinkedIn

It is now possible to store, buy, exchange and resell Nigerian naira for bitcoin and a hundred other cryptocurrencies directly from the Binance platform. The Chinese giant headquartered in Malta is opening up to the fiat currencies of Africa’s largest economy. And for the occasion, it is the Nigerian naira that will serve as a trial balloon.

In an October 24 2021 press release, Binance explains that this milestone was reached thanks to a partnership with Nigerian fintech Flutterwave, which offers secure payment solutions for small entrepreneurs in 150 different currencies. In a second press release, Binance announces that it will take advantage of this partnership with Flutterwave to open up “in the near future” to the South African rand and the Kenyan shilling.

This announcement confirms the growing interest of Africans in cryptocurrencies, as an alternative solution for savings, exchange, but also payment. These currencies, which are based on a blockchain (an online registry hosted by users and not by a centralized institution such as a central bank) use a cryptographic protocol to secure exchanges.

Today, Naira, Kenya Shilling and the Rand are now being accepted in Binance, signalling a dynamic shift that once prevented African currencies from being recognized globally.

“In Africa, there are essentially two types of cryptocurrencies,” explains Jérôme Mathis, professor of economics at the University of Paris-Dauphine, “bitcoin on the one hand, and then all the projects that are driven by African entrepreneurs and are trying to put cryptocurrencies on the market with the hope that they will be used on a large scale. […] All of these projects are in an embryonic state and are not really used by the general public.”

Afro, the African master coin, nurucoin, are trying to coexist with bitcoin, which remains the most traded cryptocurrency on the continent. At the same time, exchange platforms are flourishing, thanks to a market that is demanding payment solutions, but also savings.

African states have the lowest banking rates in the world, where all you need to buy cryptocurrencies is a smartphone and an Internet connection. “Take the case of a household in Lagos,” explains Jerome Mathis: “If they are rich enough, they can exchange their naira for dollars to secure their savings. But to do that, they need a bank account or access to a currency exchange. But someone who lives in the bush doesn’t have access to that. In contrast, in Africa, the cell phone penetration rate is estimated at over 80%.

Another important parameter, for Daniel Ouedraogo, economist and member of the steering committee of the Afro, is the weakness of the banking infrastructure: “Even those who are in the banking system sometimes have difficulties to carry out certain transactions. Today, for example, cash transactions are still important in Africa due to the weakness of banking infrastructures. And from a more regional perspective, international transaction costs are also a big problem.

For someone without a bank account, the current solutions are called MoneyGram or Western Union. And the fees for these cash or international money order transfers can be as high as 20% of the amount sent. A “confiscatory” rate for Jérôme Mathis. In comparison, exchange platforms like Binance offer sliding scale transaction costs, well below 1%. If the purchase of bitcoins via Binance is done from Visa or Mastercard, and therefore a bank account for the moment, it is however a breach in the control of the banking sector on transfers.

But not all African countries are affected by this cryptocurrency craze, moderates Jerome Mathis, “It’s mostly about the populations that are suffering from double or even triple-digit inflation.” If Nigeria is considered the first African country to hold bitcoins, it is in part because in 2018, the country was experiencing an inflation rate of 11%.

IMF in favor of Countries to support crypto

Most recently at 2022, World Economic Forum, a response from the IMF’s managing director to the terra (LUNA) and UST controversies. A “pyramid” has been used to describe the initiative, and she has called on authorities to consider the “importance” of cryptocurrencies and digital currencies produced by central banks.

“It offers us all faster service, much lower costs, and more inclusion, but only if we separate apples from oranges and bananas”, said Kristalina Georgieva, MD of the IMF.

If the IMF is in support of cryptocurrencies, it must be noted that there should be a currency that it is supporting but hasn’t indicated which one. Only time will tell, but in the meantime, it’s impossible to foresee the future of cryptocurrencies, but one thing is for certain: a regulatory approach as open to the benefits of innovation and entrepreneurialism as those it seeks to regulate is required to keep up with their novelty.