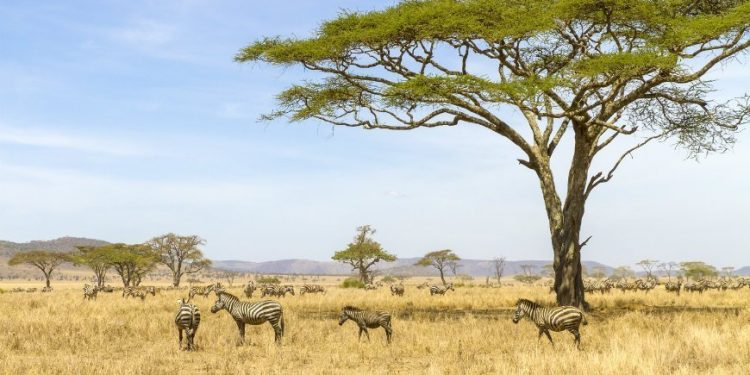 The novel coronavirus (COVID-19) is stealing the life out of the billion-dollar tourism industry in Tanzania, the government has already laid out a warning that at about 477,000 jobs could be lost, while revenue will shrink by 77 per cent if the virus outbreak endures hurting people past October this year.

According to the Tanzanian ministry of tourism, the number of tourists arriving in Tanzania rose from 1.3 million in 2017 to 1.5 million in 2018, whereas this increment made the sector to garner $2.4 billion (7.2 per cent increase) compared to 2.3 billion in 2017.

This means that the forex earning sector could collapse as the virus outbreak takes various dynamics over time and space in Tanzania, thus currently health authorities reports indicated 480 people have contracted the virus and 16 people succumbed by the virus.

Tanzania is one of Africa’s leading tourism markets, with exotic landscapes of the Serengeti plains and Ngorongoro crater has seen the world of tourism standstill as the entire globe locks down travellers amid curbing

Speaking before the members of the parliament the Natural Resources and Tourism minister Hamisi Kigwangalla, told Parliament yesterday that the number of people who will lose jobs represents 76 per cent of the total direct employment in the sub-sector.

“This is because the number of tourists anticipated to visit Tanzania during that period will decline from 1.9 million to 437, 000 which is a 76 per cent drop,” said Dr Kigwangalla in Dodoma.

The tourism industry in Tanzania is made up of about 623,000 people at the moment and according to the minister, the coronavirus could contract it down to 146,000 only, while the sector’s earnings could shrink from $2.6 to $598 million.

As the virus affects more than 51,000 people, killing nearly 2,000, the United Nations World Tourism Organisation (UNWTO) forecasted a 20-30 per cent drop in international tourist arrivals worldwide as a result of the pandemic.

In that manner, the impact in Africa, which relies heavily on long-haul traffic, could be even greater.  According to a survey of 443 safari tour operators by SafariBookings.com, an online marketplace revealed that 93 per cent have lost at least three-quarters of their bookings to the coronavirus outbreak, and almost all have seen a soar in cancellations.

Further, according to information from The Citizen, minister Kigwangalla did not indicate in his budget any fiscal or policy interventions to help the local industry recover but his permanent secretary, Prof Adolph Mkenda, highlighted that that the ministry will meet its stakeholders on Monday, in Arusha—one of Tanzania’s tourism hotspot, for a discussion on the impact.

“We expect to come up with a detailed recovery strategy to enable the sub-sector to recover quickly after the pandemic,” Prof Mkenda noted.

The minister also noted that a rapid assessment on Covid-19 carried in April showed that the country started recording the loss in March, and further adding that by March 25, 13 airlines had stopped flying to Tanzania, diminishing hopes of tourists’ arrivals

Why Innovation Is Africa’s Most Exciting Story