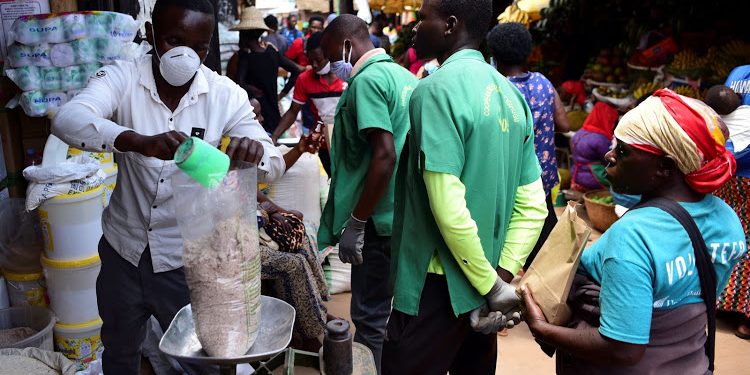 The global pandemic has already infected is approaching 2 million people and killed nearly 120,000 people., according to John Hopkins University data.

On Monday, the Executive Board of the International Monetary Fund (IMF) approved the immediate debt service relief of 25 of IMF’s member countries under the IMF’s revamped Catastrophe Containment and Relief Trust (CCRT) as part of the fund’s response to help deal with the impacts of the contagious Coronavirus (COVID-19) pandemic.

According to a statement provided by the lender, the funds go after the world’s poorest and most vulnerable members to cover their IMF debt obligations for an initial phase over the next six months.

Further—IMF highlighted that the debt relief will help these 25 nations to channel more of their scarce financial resources towards vital emergency medical and other relief efforts.

IMF’s Managing Director Ms Kristalina Georgieva, said “The CCRT can currently provide about US$500 million in grant-based debt service relief, including the recent US$185 million pledge by the U.K. and US$100 million provided by Japan as immediately available resources. Others, including China and the Netherlands, are also stepping forward with important contributions.”

Further, IMF chief stressed on other donors to help us replenish the Trust’s resources and boost the fund’s ability to provide additional debt service relief for a full two years to IMF’s poorest member countries.

At the moment, the global pandemic has already infected is approaching 2 million people and killed nearly 120,000 people., according to data compiled by John Hopkins University.

In that context, other actors in the landscape, such as Eric LeCompte, executive director of Jubilee USA Network, a non-profit group, said the grants would help the IMF’s poorest members, including the Central African Republic, which has only three critical-care unit beds for a population of 5 million.

“It’s a great start, but we need more donors to be able to offer this relief,” LeCompte said, adding that the IMF should also consider selling some of its gold reserves, now worth an estimated $140 billion, as was done in past crises.

The IMF in March approved changes that would allow the CCRT to provide up to two years of debt service relief to the fund’s poorest members as they responded to the outbreak of COVID-19, the respiratory illness caused by the novel coronavirus.

The changes enabled countries to request the aid even if the outbreak had not yet caused significant impact.

In addition out of 25 countries listed by IMF, 19 are African nations.

How Covid-19 is speeding up the digital economy in Africa