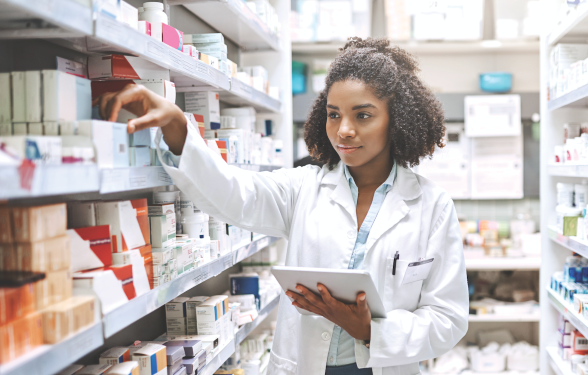 by Kimani Chege
in Health, Kenya
0
Share on FacebookShare on LinkedIn

For Jacqueline Wambui, a resident of Nairobi, living with the HIV virus has been a challenge. As an activist and a person living with the virus, she has gone through several treatment regimens as she manages her condition. However, none seem to have worked better than the new approved WHO recommended medication.

Jacque currently runs the Advocacy and Communications function at the network. Her educational background is in HIV counseling and training.

She is an HIV positive activist with a special interest in sexual and reproductive health for young HIV positive women and girls and advocating for their rights. Jacqueline was put on several different antiretroviral regimens, including d4T (stavudine), nevirapine and efavirenz before being switched to TLD (tenofovir/lamivudine/dolutegravir).

“The main differences dolutegravir (DTG) has made is that it has much fewer side effects than the other drugs and it comes in such a low dose, only 50 milligrams! I’m in my fourth month of treatment and I would say of course I am more hyper, I’m no longer lethargic, I no longer dread taking my pill at 10:00 PM at night.”

This year marks the fifth anniversary of the signing of two licensing agreements between ViiV Healthcare and the Medicines Patent Pool (MPP) that have allowed generic manufacturers to produce and sell single and combination versions of dolutegravir (DTG) for adults and children in countries with the highest burden of HIV.

Currently, 18 generic manufacturers are authorized to produce and sell low-cost single or fixed-dose combination versions of DTG to all least developed, low-income, lower middle income, and sub-Saharan Africa countries as well as some other upper-middle-income countries.

This totals 94 and 121 countries for the adult and paediatric agreements respectively. These licensing agreements have also allowed generic manufacturers to include dolutegravir in a newly developed fixed-dose combination, tenofovir disoproxil fumarate/ lamivudine/dolutegravir (TLD), which combines the WHO-preferred treatment regimen into a single pill.

17 sublicensees under the MPP and Aurobindo Pharma via a separate direct voluntary license agreement with ViiV Healthcare. From January 2012 to December 2018, MPP generic manufacturing partners have supplied 413,000 patient-years of DTG and TLD treatment in Kenya.

The agreements between the MPP and ViiV Healthcare were originally negotiated in 2014 to enable 94% of adults and 99% of children living with HIV in the developing world to access generic versions of DTG in an accelerated timeframe.

There is no cost to taking licences from the MPP. There are royalties in some of our licences that are payable to the originator company (the patent holder) once the generic product has been developed and is being supplied. In the case of the DTG licence, the royalties only apply to certain countries outside of Sub-Saharan Africa.

By the end of 2018, nearly 3.9 million people living with HIV, across 61 countries in the developing world, had access to generic dolutegravir and TLD because of these innovative licensing arrangements. Generic manufacturers have focused their supply of DTG-based regimens in countries with the most devastating levels of HIV, including Kenya, Malawi, South Africa, and Tanzania. In South Africa alone – where there are 7.1 million people living with HIV – nearly 6 million packs of treatment had been supplied by 2018.

When the MPP signs a licence on a product, it issues an Expression of Interest inviting interested manufacturers to take a licence. The MPP, supported by external experts, then evaluates applicants based on a number of criteria (including manufacturing capacity and ability to meet strict quality assurance requirements) and selects licensees. It is important to note that all licensees are expected to get regulatory approval from a stringent regulatory authority or the WHO Prequalification Program.

Jaqueline adds, “Many of those who have switched are saying that their life is much better. They are able to function well. Especially for women who were not able to take care of their children and to run a family and do the daily hustle, it’s much better.”

She continues, “With dolutegravir there’s no more dizzy spells. For a long time, I couldn’t just stand up and walk out of a seat because I had to wake up slowly. It was quite painful. But now with dolutegravir, no, my body is getting used to it, and my bones are getting less stiff.”

Charles Gore, Executive Director at the MPP, said: “The five-year milestone provides us with a brilliant opportunity to talk about the impact public health-oriented licenses can have in accelerating access to new treatments. The key achievement of our agreement with ViiV Healthcare is allowing millions of people in the countries hardest hit by the HIV epidemic to have access to dolutegravir at the same time as patients in high-income countries. Access to medicines is critical as it is unacceptable that people cannot afford the treatment they need.”

Deborah Waterhouse, CEO, ViiV Healthcare, said: “Enabling access to dolutegravir is an integral part of ViiV Healthcare’s commitment to ensuring no person living with HIV is left behind. To help us bring our medicines to people living with HIV across the developing world, our comprehensive access strategy is built upon having meaningful partnerships with public health organizations and generic companies alike. We are committed to continuing these partnerships to allow those most in need to have access to our medicines today and in the future.”

Following its approval by the U.S. Food & Drug Administration (USFDA) in August 2013, it took less than four years to bring generic DTG to people living with HIV across the developing world (adults and adolescents), with Aurobindo Pharma obtaining tentative FDA approval in September 2016 and making its first shipment of the medicine in the spring of 2017.

Umesh Krishnamoorthy, Vice President and Business Unit Head, Global Anti-Virals, at Aurobindo Pharma, who holds a direct voluntary licensing agreement for DTG with ViiV Healthcare, said, “What we have achieved in the last five years is phenomenal and we are extremely proud to be part of this step-change in allowing dolutegravir to be made available to people living with HIV (PLHIV). Not only is it the speed in which dolutegravir is being delivered, but also the reach of our access approach. Aurobindo has applied for approval in 30 countries and 12 have already been accepted. In the next year, Aurobindo alone hopes to be reaching over 4 million people living with HIV with DTG-based regimens.”

Talking about the remaining challenges in her country, Jacque says: “women living with HIV should be given the choice. Inform them about the risks and benefits of the different ARV regimens, and let women decide what is best for them. Also, sexual and reproductive care and counseling should be integrated in HIV settings.”

UNAIDS estimates that the total number of adults and children living with HIV in Kenya is
approximately 1.5 million.

Read also: World Cancer Day: A look at the rising cost of cancer in Africa