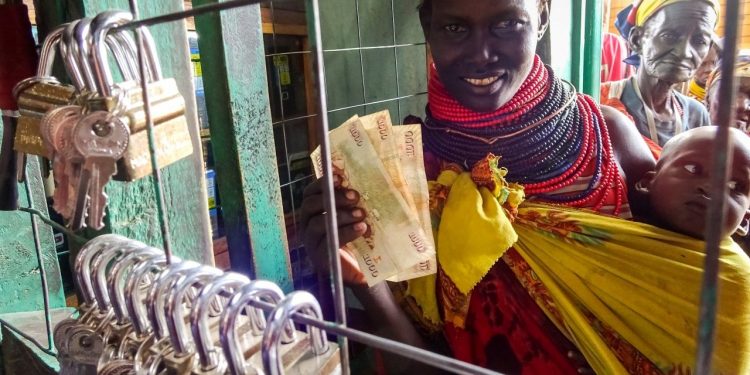 by Kimani Chege
in Kenya, Personal Finances
0
Share on FacebookShare on LinkedIn

Just last year, the World Bank asked Kenya to expand its cash transfer programs to the poor noting that these programmes were having a great impact than the traditional aid. The Bank urged the Kenya;s Treasury to ramp up allocations for direct cash transfer programmes beyond the 519,878 Kenyans covered as at 2015 under the social safety net plan.

In the World Bank report titled “Fiscal Incidence Analysis for Kenya” which analyses the impact of the direct cash programmes in Kenya, the multilateral lender says the elderly cash transfer programme covered only around three percent of all households in Kenya in 2015/16.

This call is now being backed by research as more people evaluate the effects of cash transfer programmes in Africa replacing the old model of donor dictating the project and how a beneficiary can use the cash donated.

A new research from Dr. Jeremy Shapiro of The Busara Center for Behavioral Economics, shows that cash transfers for aid are more effective at building feelings of autonomy and respect among recipients.

The research, “The impact of recipient choice on aid effectiveness” was published in World Development. It compares the impact of several common development programs (agricultural extension, subsidized agricultural inputs, and poultry transfers) to unconditional cash transfers (of a value equal to the cost of each program). It highlights the importance of developing aid interventions together with the local recipients.

Dr Shapiro, Advisor at The Busara Center for Behavioral Economics, says “This mirrors a shift in international aid: from paternalistic colonial origins to a focus on the poor as agents in bringing about economic development. In parallel, the application of behavioral economics to development has suggested that behavioral biases may lead to irrational decision-making, and perhaps an inefficient allocation of resources.”

Read also: How aid agencies can save millions spent on fossil fuels

The research includes a randomized controlled trial and was conducted at the Busara Research Lab in Nairobi. It assesses whether individuals who express a preference for a particular assistance program benefit more from that program, than similar individuals who receive an equally valuable resource through a different program (not of their preference).

Dr Shapiro concludes, “The policy implications of this research are that aid organizations should avoid costly program overhead costs when cash transfers are likely to be as effective. It is also vital that a recipient’s subjective experience with aid should be considered in assessing the overall impact of aid.”

In the 2018/19 financial year, Treasury allocated a total of Sh24 billion for the programmes.

Under the social welfare programme dubbed Inua Jamii, poor citizens aged 70 and above receive Sh4,000 every two months. The programme is aimed at ensuring the country’s senior citizens do not slide into extreme poverty, hunger and consequent premature death.

Earlier in the year, Kenya’s Labour and Social Protection Cabinet Secretary Ukur Yatani said the success of Kenya’s cash transfer program to the most vulnerable people and communities has become a case study in social welfare with a growing number of countries including Bangladesh, Indonesia, India, Lesotho, Ethiopia, Uganda, Malawi and Tanzania have visited the country in on benchmarking visits.

In the last six years, the beneficiaries have grown from slightly over 200,000 to 1.3 million currently and a jump in funding from Shs6.5 billion to Sh26 billion in the same period.

World Bank has also announced the approval of the Kenya Social and Economic Inclusion project, with US$250 million IDA credit and $70 million DFID grant support for cash transfers.