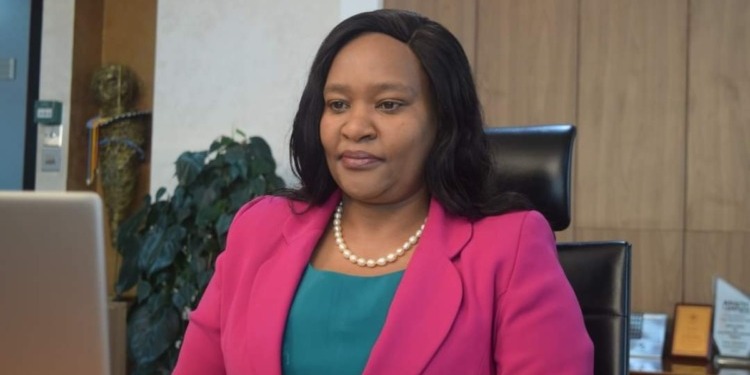 The NSE-listed firm has also recommended a dividend pay-out of Ksh 0.30 per share which amounts to Ksh.1.98 billion to be paid to all its shareholders.

Announcing the results, KenGen Managing Director and CEO, Rebecca Miano said the profit growth was achieved on the back of continued revenue growth underpinned by the company’s diversification strategy.

“In spite of the challenging times, KenGen remained strong recording a steady performance and demonstrating sound financial position which reaffirms the company’s promise and commitment to continual business growth and maximization of shareholder value,” the CEO said.

“Revenue increased by 4.06% from Ksh.44.110 billion in 2020 to Ksh.45.901 billion. This was mainly attributed to revenues from geothermal, hydro generation and the diversification venture at Tulu Moye in Ethiopia. The ongoing geothermal drilling services in Tulu Moye contributed Ksh.1.784 billion compared to Ksh.440 million in the previous year,” said the KenGen MD and CEO.

Overall, there was a growth of 3% in unit sales from 8,237GWh in 2020 to 8,443GWh in 2021. The Company benefited from a full year operation of the 172MW Olkaria V geothermal power plant whose construction was completed in October 2019, resulting in a 12% displacement of thermal generation.

“In year 2021, we were blessed with favourable hydrology. In line with KenGen’s affordability agenda to lower the cost of electricity to the consumers, we prudently prioritised  dispatch of competitively priced hydro generation,” Miano added.

In the year ahead, KenGen aims to deliver Olkaria I Unit 6 geothermal power plant, which will add 83MW to the national grid by end of December 2021. At the same time, the company aims to progress the milestones towards the commencement of the 140MW Olkaria VI geothermal power plant through a Public-Private Partnership.

The improved performance came even as the received its fifth ISO re-certification after going through rigorous audits conducted by Bureau Veritas to confirm the company’s conformity to the international standards.

KenGen Quality Management Systems (QMS) and Environmental Management Systems (EMS) were audited in June 2021 and found to be compliant with ISO 9001:2015 and 14001:2015 standards respectively, leading to the re-certification which was formally presented to the company this morning.

Commenting on the development, Miano said KenGen was excited to receive the re-certification and reiterated the company’s commitment to maintaining the standards through continual improvement.

Miano attributed the growth of KenGen to good policies, strategies, and procedures adding that the company had an installed capacity of 1,818MW out of which 86% was being generated from green and renewable sources.

She said KenGen was the first public institution to receive the ISO certification in Kenya back in 2004 adding that the company has maintained the focus and commitment to the high standards leading to the fifth re-certification.

Miano said KenGen will continue to implement the ISO 9001:2015 and 14001:2015 standards across all business processes. She said the implementation of ISO had helped improve the company’s efficiency and overall performance.

“This re-certification is a testament of our resilience and commitment to continually improve our processes to enhance better performance towards realization of our corporate strategy and goals,” said Miano.

Speaking during the same event, Bureau Veritas District Executive Officer for East and Central Africa, Cyprian Kabbis, said the audit process for recertification of KenGen was conducted smoothly and commended the KenGen team for their dedication and cooperation all through the process of audits and implementation of the procedures.